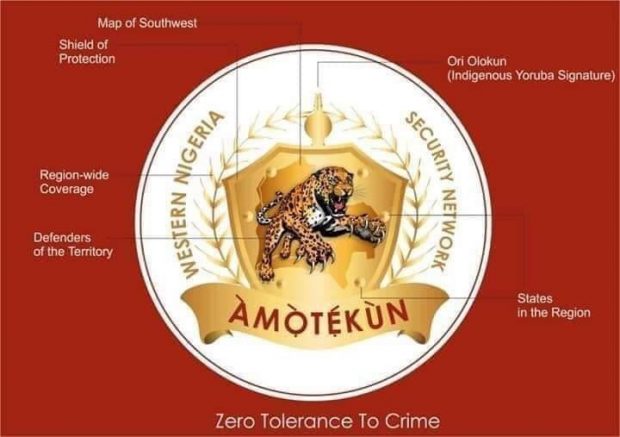 The Attorney-General of the Federation, Abubakar Malami (SAN), who is the chief law officer, said security remains the exclusive preserve of the Federal Government.

In a statement signed by the Special Adviser to the AGF on Media and Public Relations, Dr. Umar Gwandu, he said the outfit was illegal.

The statement read in part, “The setting up of the paramilitary organisation called Amotekun is illegal and runs contrary to the provisions of the Nigerian law.

“The Constitution of the Federal Republic of Nigeria 1999 (as amended) has established the army, navy and air force, including the police and other numerous paramilitary organisations for the purpose of the defence of Nigeria.

“As a consequence of this, no state government, whether singly or in a group has the legal right and competence to establish any form of organisation or agency for the defence of Nigeria or any of its constituent parts.