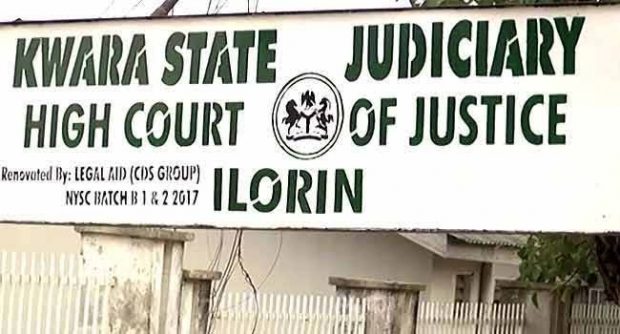 Justice Sikiru Oyinloye of Kwara State High Court, Ilorin on Wednesday, January 15, 2020 issued a bench warrant against a Lagos-based businessman, Alhaji Isiaka Jimoh following his inability to appear and answer to criminal charges instituted against him by the Economic and Financial Crimes Commission (EFCC).

The EFCC had in September 2019 arraigned Jimoh and his company, Chemtech Chemicals Limited on a two-count charge of obtaining money under false pretence to the tune of N155million (One Hundred and Fifty-five Million Naira).

Count one of the charge reads: “That you, Isiaka Jimoh and Chemtech Chemicals Limited between 4th -17th July, 2017 in Ilorin, Kwara State, within the jurisdiction of this honourable court with intent to defraud, obtained the sum of N155,000,000.00 ( One Hundred and Fifty-five Million Naira) only from one Azeez Taiwo of Manabiz Ventures under the false pretence that the money represents part payment for supply of 1,000,000 litres of base oil which pretence you knew was false and thereby committed an offence contrary to Section 1(1) and punishable under Section 1 of the Advance Fee Fraud and Other Fraud Related Offences Act.”

At Wednesday’s resumed sitting, lead Defence Counsel, Adeola Omotunde urged the court to vacate the proceeding of the day and adjourn the cross-examination of the prosecution witness, which was the matter for the day as the first defendant was critically ill and flown abroad on December 20, 2019.

Prosecuting counsel, Christopher Mschelia, however argued that the defendant has violated an aspect of his bail conditions, which stipulated that he must be available for trial, and urged the court to revoke the bail and issue a bench warrant against him.

Justice Oyinloye in granting the application of the prosecution noted that there was no proper notification before the court to show why the defendant would not be present in court for the day’s proceedings.

“The defendant has violated Section 191 of the Administration of Criminal Justice Act, Law of Kwara State. There was no letter informing this honourable court about the illness of the defendant. Any person on bail is enjoying limited freedom. I see no reason why this court should not be notified about his whereabouts.

“The bail of the defendant is hereby revoked. The EFCC is also directed to arrest and produce the defendant in court while the sureties should appear in the next adjourned date to show cause why they should not be charged for contempt of court.”

The case was been adjourned until February 5, 2020