The Gazelle News.com Unveils Kami-J, Avatar As Columnists + Their Profiles 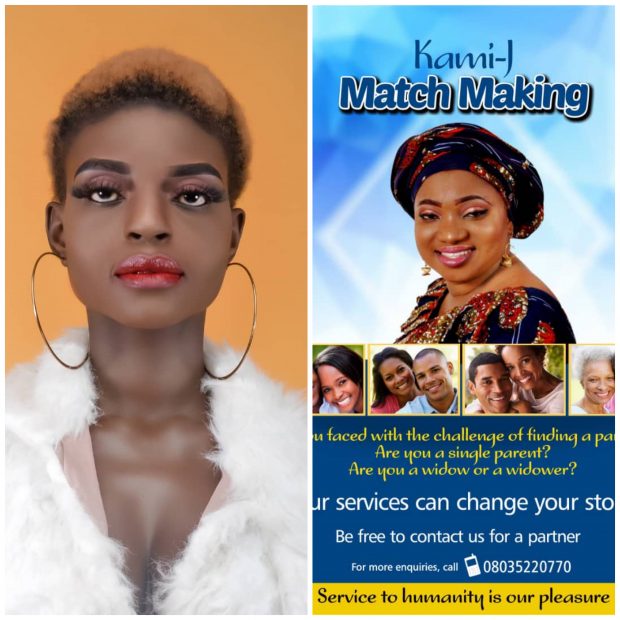 In its determined efforts at improving its service delivery to its readers, the management of The Gazelle News.com has announced the engagement of two renowned columnists to write for the online newspaper.

The Gazelle News.com’s management stated further that the engagement of the columnists was also meant to provide varieties of news and provide specialised area of reporting that appeal to a large chunk of the population particularly the women.

Motunrayo Mariam Williams-Johnson is a teacher, activist, motivation speaker and of course a media practitioner.

A philanthropic, Mariam is the founder of Kami-J Empowerment, a Non-governmental organisation empowering the less privileged in the society. She is also a Rotarian.

Motunrayo will engage our readers every Saturday on motivational topics and engage them on marriage and relationship. Keep a date with her as from Saturday, 1 February, 2020.

Adetutu Jasanya popularly called Avatar is an international model who has through hardwork and determination made a way for herself in the modelling world.

An entrepreneur, social worker, event organiser, Avatar has organised various successful fashion and beauty shows while also being involved in philanthropic and empowerment programmes for women and youths. She is also a make up artist.

Every Friday, Avatar will take our readers through the modelling and fashion world. She will be featuring The Gazelle News.com’s Model of the Week

Below is the full profiles of The Gazelle News.com’s columnists:

She had both her Elementary and Secondary Education in Idimu, Lagos.

Her choice of the Teaching Profession as a career was borne out of her desire to impact knowledge in others right from her teenage years and this propelled her into her first teaching engagement in 2004 at the Lagos State Model College, Kankon in Badagry, Lagos State where she served as a PTA Class Teacher and House Mistress.

Thereafter, she was posted to Isolo Junior Secondary School Metro in Isolo, Lagos State, and later reposted to Lagos State Model College, Kankon, Badagry (where she had her first core teaching experience) as ClassTeacher and rose to the position of Deputy Senior Boarding House Mistress.

In 2008, she joined Adeniran Ogunsanya College of Education, Ikotun Outreach Centre as a lecturer and resigned in 2017 after visible impact.

In 2015, she was also saddled with the responsibility to lecture Social Studies at Osun State College of Education, Osun till 2017 when she resigned honourably as a result of her extra commitment to humanitarian service.

Upon completion of her PGD in Public Relations/Advertising in the year 2011, she was redeployed by the Lagos State Government to Local Government Civil Service Commission to work under Igando Ikotun L.C.D.A as Education Officer.

Motunrayo Mariam, a member of The Social Studies Association of Nigeria (SOSAN) is a lover of sound education and personal development.

She was later posted to head Dr. Bekololari Ransom Kuti’s Library, Oshodi Isolo Local Government, where she enjoyed her reading and writing hobbies.

A family oriented and career woman, Motunrayo Mariam has been able to balance the success in her Career with the home front, and has maintained an active social life, influencing others around her with her friendly mien.

Motunrayo Mariam was inducted into the Rotary Family on Saturday, 4th June, 2016 as a Charter member of the Rotary Club of Isheri Olofin Golden. Kami-J as she is fondly called has been an active member of the Club.

She has participated in many Rotary leadership trainings and seminars within and outside the country which has improved her leadership capacity. Kami-J has attracted many individuals into becoming supportive and committed Rotarians in her Club and other Rotary Clubs.

She has been a member of the Club’s Board of Directors since its Charter and served and still serving in many capacities.

Apart from Rotary, Motunrayo Mariam has also been affecting lives positively using her pet project – *KAMI Empowerment Foundation* which she founded on her 30th birthday anniversary in 2012, to help the less privileged in the society and also bridge the knowledge gap which has deprived our youths huge opportunities in the society.

She is also the Director General of Kami Empowerment Fans Club and the chief host of sex talk with Kami-J and she is also into match making which is yielding great impact.

To her credit and to the Glory of God, many youths have secured both private and public service jobs through the various platforms.

Motunrayo Mariam is married to Pastor Johnson Folorunsho Solomon and the union is blessed with three lovely children – Kamikun, Kamiye and Kami si, all to the Glory of God.
Her hobbies are meeting people, writing, traveling and listening to classical music.

She was born Adetutu Jasanya but she has become very popular through her stage name, Avatar.

She is a model, make up artist and Managing Director of De Avatar Communications. She is into events management, grooming, modelling among others.

Avatar has produced world class fashion shows, models, beauty pageants and weddings. These include but not limited to the following:

She was appointed the Pageant Coordinator for Aare Gani Adam, 15th Aare Onakakanfo of Nigeria, from which five beauty pageants were produced for his organizational.

She is also the Coordinator for Sanwoolu Queens. She has been named one of Nigeria representative for Nigeria Entertainment Award in South Africa coming up in September.

So far she has won the following awards:

2. ARK OF BEAUTY ACADEMY AWARD as supportive of the year -September 2018

4.BECKYWRENS WORLD AWARD as An Icon of Beckywrens world tour and Children tour

5. NIGERIA MEDIA NITEOUT AWARD as the Young Entrepreneur of the year -Sept 2018