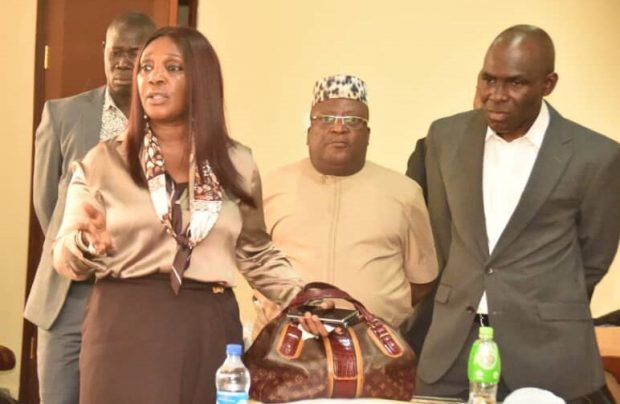 The Acting Managing Director of the Niger Delta Development Commission, NDDC, Gbene Dr. Joi Nunieh, has warned that contractors and consultants of the Commission that fail to present themselves for verification and documentation will forfeit their payments.

Nunieh gave the warning recently when she visited the NDDC Rivers State Office, where the Contracts’ Verification Committee for the state was carrying out the exercise, scheduled to end on January 31.

The NDDC Chief Executive Officer noted that the committee’s assignment, which kicked off on Monday, was the first stage in the redirection exercise at the Commission, stating that the second stage would entail site inspections and validations.

Nunieh said: “Anyone that is not on the NDDC list is not our contractor and such people should be handed over to the security agencies for prosecution. Similarly, anyone that presents a fake Interim Payment Certificate, IPC, will be arrested.”

The NDDC boss said that the NDDC had records of all the contracts that had been awarded by the Commission and as such, anyone coming with a fake IPC would be arrested by the security agencies.

She said: “Contractors always say they are not paid, now we have asked them to come with all their documents and they are finding it difficult. Some contractors are scared of the verification exercise.”

“If you don’t have documents, you are not a contractor, most of the NGOs are not registered and are running to register now. This is an embarrassment to the commission.”

Nunieh expressed satisfaction with the on-going verification exercise, stating that the committee planned to verify up to 250 contracts every day. “I am surprised that the turnout has been poor so far,” she observed.

She declared: “For those who use agents to run their contracts, they only remind me of our people who are abroad and would send moneys to their loved ones to develop projects, only for them to discover when they return that there is nothing on ground to show for all the moneys they sent.

“We urge contractors to come for the verification exercise, we will visit the sites only when a contract has been verified. Please, don’t pay anyone to come and do the verification for you, the exercise is free.” Nunieh said.

The Head of the Verification Committee in Rivers State, as well as the NDDC Director Agriculture and Fisheries, Mr George Ero, told the Acting Managing Director that the turnout of contractors for the verification was very poor, noting that only 82 persons had been attended to out of a total of 2,500 recorded in the list of contractors in the state.

PROBE: Magu Removal Not Enough, Those Who...