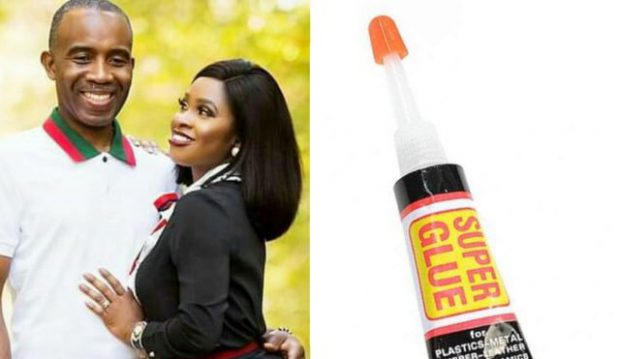 A man has sealed his wife’s vagina with super glue because she was having sexual escapades with men whenever he travels.

The man, The Gazelle News.com learnt, took this decision because he did not want to leave his wife due to his love for her.

But the man, according to ghgossips, was eventually arrested by the police after the wife had to go through series of medical treatment after undergoing excruciating pains from the vagina.

The Gazelle News.com learnt further that Dennis Mumo, a respectable business man from Kitui admitted guilt in the offence in his statement to the police after his arrest on Friday, 31 January, 2020. “I have to do this to save my wife and my marriage because I still love my wife very dearly and I will not want to lose her,” he said.

According to him, he had information of his wife engaging in multiple sex with different people which is not healthy.

However, despite all these, Mumo has breached the law hence will be appearing in court on Monday, 3 February, 2020 where he will be arraigned for domestic violence. But his consolation is the fact that his wife would also be charged for adultery.

Copyright: The Gazelle News.com with reports from Ghgossips