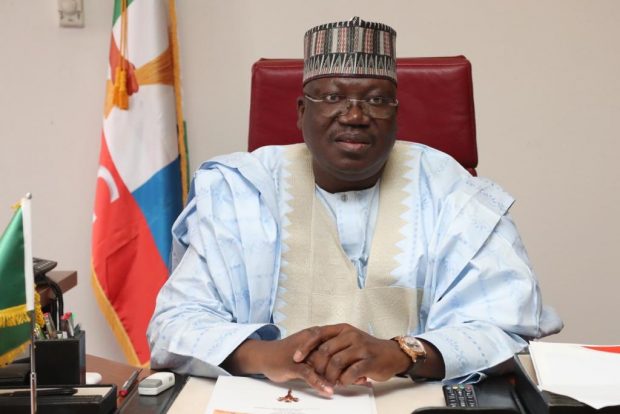 The Senate has given Ministries, Departments and Agencies of government a two-week window period to appear before the Senate Committee on Local and Foreign Debts to defend President Muhammadu Buhari’s loan request presently before the National Assembly.
The call on MDAs to appear before the Panel was made by the Senate President, Ahmad Lawan, following a point of order raised on the floor by the Chairman of the Committee, Senator Clifford Ordia (PDP – Edo Central).
Coming under Order 43 of the Senate Rules, Ordia bemoaned the failure of relevant Ministries and Agencies of government to appear before the Committee to defend the proposed allocation of monies for projects under their supervision and captured in President Buhari’s loan request.
The Ministries, Departments and Agencies of government yet to appear before the Senate Committee, according to the lawmaker, include: The Federal Ministries of Education, Power, Niger Delta Development Commission (NDDC), Water Resources, Communication and Digital Economy, Health, Humanitarian Affairs, and Agriculture.
The President of the Senate, Ahmad Lawan, in his remarks, urged the relevant MDAs to appear before the Senate Committee on Local and Foreign Debts to provide necessary information required by the Senate to reach a decision on President Buhari’s loan request before the National Assembly.
He said: “Because you have come under order 43 on personal explanation, this is not open to debate.
“But let me advise that this Senate is committed to ensuring that such important issue like the foreign loan request of the executive needs to be taken with seriousness by both sides (the Executive and Legislature).
“The Senate is making every possible effort that we understand why the request, therefore, we need details, we need information so that we take the appropriate decision as quickly as possible.
“So, I will ask these agencies that have not appeared before the Committee to do so between now and Monday. So, I believe this is an advice that would be taken very seriously by these agencies.”
Chairman of the Local and Foreign Debts Committee, Senator Ordia, however pleaded for an extension of the window period to two weeks, a request which was approved by the Senate President.
Recommend to friends