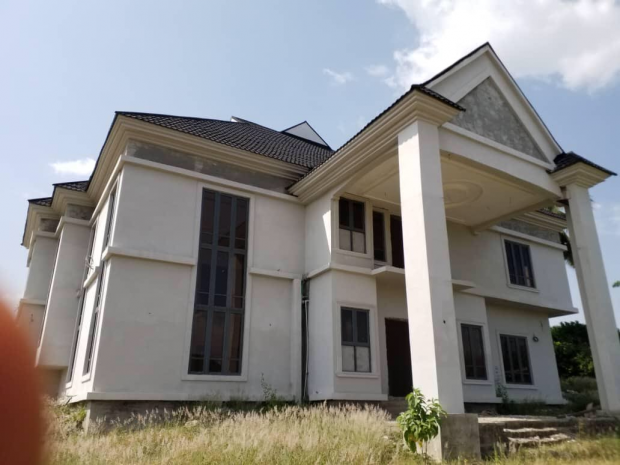 Justice Sikiru Oyinloye of a Kwara State High Court sitting in Ilorin granted the application filed by the counsel to the EFCC, Sesan Ola after the respondent failed to show up in Court to challenge the legality of the proceedings.

Ola, while moving the application, told the Presiding Judge that: “My lord, we have a motion dated 14th day of January 2020, it was brought pursuant to section 17 of the Advance Fee Fraud and other Fraud Related Offences Act No 14, 2006, section 44v(2) of the Constitution of the Federal Republic of Nigeria under the inherent jurisdiction of this honourable Court.”

According to Ola, the motion was seeking for “an order forfeiting to the Federal Government of Nigeria the landed property with appurtenances situated at 11, Catchment Road, GRA, Ilorin, Kwara State found and recovered by the Commission from the respondent which is believed to have been acquired through the proceeds of unlawful activity”.

He further urged the Court to look at the merit of application and all the Exhibits attached in granting the request.

The applicant, in a 35-paragraph affidavit deposed to by Denis Nnachi, an investigative officer with the EFCC said, “Investigations revealed that the Ex-Kwara Executive Director fraudulently sold five plots of land belonging to the Kwara State Government in Galadimawa area of Abuja and used it to construct the building in question.”

He added that: “The Respondent used his position as Executive Director of Harmony Holdings Limited to influence the award of Contracts to several companies where he had interest.

“It was discovered that the property known as 11, Catchment Road , GRA, Ilorin was constructed and developed using proceeds of unlawful activity.”

Delivering Judgment on the matter, Justice Oyinloye said: “I have seen the hearing notice duly served on the defendant, it is clear evidence before me that the respondent was duly served with the hearing notice of this proceedings, the respondent did not file any paper to challenge the legality of this proceedings or claim ownership of the property in question.

“I accept, believe and rely on all the 35 paragraphs affidavit filed by the applicant. Though the application was not challenged but I consider it meritorious.  The property is hereby forfeited to the Federal Government of Nigeria.”