Watch The Lagos City Marathon Live On DStv And GOtv 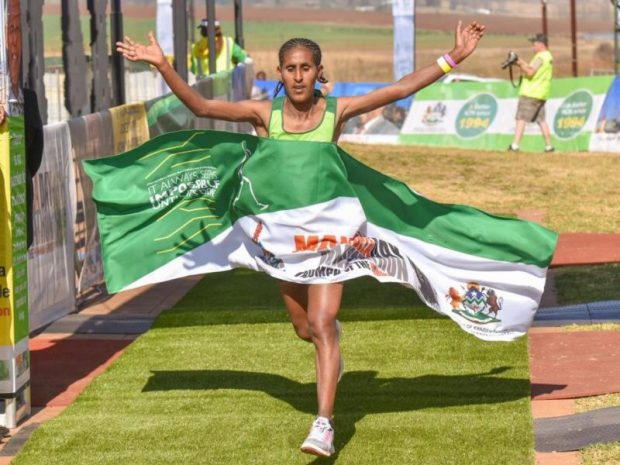 DStv and GOtv viewers can enjoy some world-class long-distance running action as SuperSportfeatures the Lagos City Marathon from Nigeria on Saturday 8 February 2020.

The Lagos City Marathon is a silver label IAAF event and one of the most prestigious events on the African athletics calendar. It was first held in 2016 and course record stands at 2:15:04 for Men (set by France’s Abraham Kiprotich in 2018) and 2:37:52 for Women (set by Kenya’s Rodah Jepkorir in 2017).

Ethiopians Sintayehu Legese (Men) and Dinke Mereset (Women) are the defending champions from 2019 but there is hope from the local High-Altitude Athletics Club of Jos, Plateau State that one of their runners will break the Nigerian national record of 2:15 and possibly challenge for top honours at the event.

High Altitude coach Steve Nuhu explained: “[The] Access Bank Lagos City Marathon is our premium event and there is no better place to set a new national record than our best races as the attention of the world media will be on us.”

With elite runners like Emmanuel Gyan and Deborah Pam under his stable, Nuhu did not reveal which of the athletes  is primed to break the national record: “I won’t talk about that but all I can tell you is that we are coming to Lagos with about 30 runners. Twenty-five are ready now by the end of the month the other five will be ready but I can assure you that one of these runners will set a new national record.”

Nuhu said he is proud that Nigeria is the nation that is behind the biggest one-day event in Africa: “Everywhere I go, I sing the praises of the organiser and sponsors of the Access Bank Lagos City Nigeria. We have been able to prove to the world that we can organize a world-class event like New York or Paris Marathon in Lagos.”

Don’t miss the best running action on DStv and GOtv. Visit www.dstv.com and www.gotvafrica.comto subscribe or upgrade, and join in on the excitement. And while you’re on the move, you can stream matches on DStv Now.