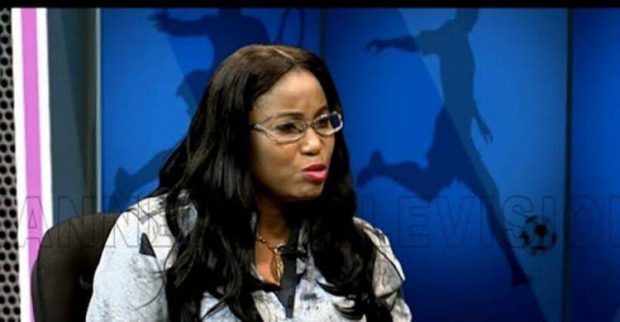 •By Ademola Akanni, Abuja
Amidst allegations of sabotaging Nigeria’s interest and taking unilateral actions without recourse to due process, the President of the Para-Powerlifting Federation, Mrs Queen Uboh Idris, has been suspended by the Executive Members of the Federation, The Gazelle News.com can report.
This medium can also report that the members also set up a disciplinary panel to investigate several allegations levelled against her.
The suspension order, The Gazelle News.com can  also report, was part of the decisions taken on Saturday, 8 February, 2020 at the emergency  meeting of the federation’s executive members which took place at the media centre of the Moshood Abiola Stadium, Abuja.
Present at the meeting were the following executive members: Mr. Paul Isiaka,  Vice President; Mr. Eweje Gbolahan, member; Ahaji Aminu Ahmed, member; Mrs. Iheroblem Ijioma, member; Mrs Esther Sunday, member; Mr. Sale Mohammed, member; Mr. Sunday Odior, member; Mrs Modupe Lawal, member; Ms. Joyi May Akile, member; Mrs. Lucy Ejike, member; and Mr. Akinyele Oladosu, Secretary.
At the meeting, members acknowledged the high handed attitude of Queen Idris and penchant for taking unilateral decisions without recourse to laid down rules.
The Gazelle News.com learnt further that the Minister of Youth and Sports Development, Mr Sunday Dare, has made attempts at reconciling Queen  with other members of the Federation board but the woman, like a Leopard who never changes its spot, never changed her ways, riding rough shod over other members of the Executive board of the federation.
One of such meetings called by Dare, The Gazelle News.com gathered, took place on Monday, 29 November, 2019 at the Minister’s Conference Room at his office inside the Moshood Abiola Stadium.
The height of Queen Uboh Idris insubordination took place at during the just concluded Para-Powerlifting World Cup dubbed Abuja 2020 Road To Tokyo: The Gazelle News.com discovered that she almost put the country in shame when she presented a different set of athletes to represent Nigeria apart from the team camped and trained by the Ministry of Youth and Social Development. It took concerted efforts of the Federation executive members to avert the show of shame.
It was consequent upon all these that Mrs Queen Uboh Idris was suspended and a five man disciplinary panel was set up to investigate allegations levelled against her a day report back to the board in seven days.
Copyright: The Gazelle News.com
Recommend to friends