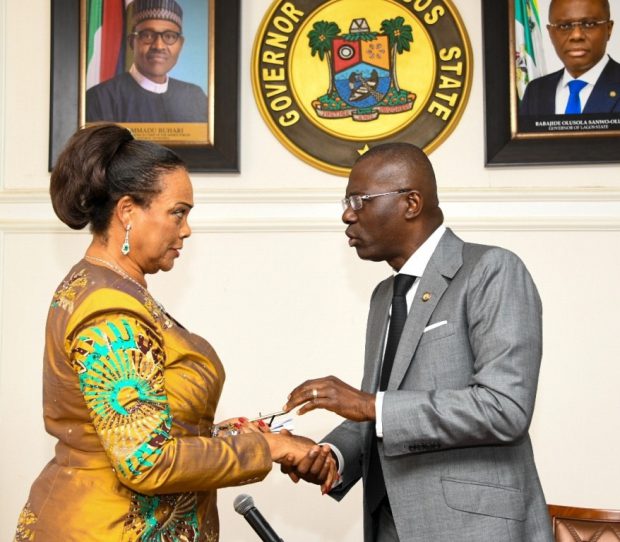 The Lagos State Government on Monday, 10 February, 2020, promised it will continue to give financial and other forms of support to the Lagos Public Interest Law Partnership LPIP, in order to continue to offer probono judicial service to indigent Lagosians who desire fair legal representation.

Governor Sanwo-Olu made the pledge when a four-man team from the Board of trustees of the organization led by Senator Daisy Danjuma, paid a courtesy call on him at the Lagos House, Ikeja.

The LPIP was set up in 2012 to expand access to justice and reduce the burden on government funded agencies.

The Governor commended the Board of Trustees for making life bearable for Lagosians who might not have the opportunity to be heard through the provision of free legal services.

He also thanked the team for their role in rendering their service to humanity through partnership with Non Governmental Organisations, NGOs and lawyers, promising that the state government would continue to raise the bar to merge the users with operators in the delivery of access to justice and judicial services.

“I want to commend the initiative, and for us as a current government, we will continue to raise the bar.

“This platform we are talking about is important. We need to merge users and operators so that people can see what requirements, areas and skills required and they can merge them for their benefits. As the saying goes, Justice must not just be seen but must be done.

“We’ll continue to support the partnership and collaborate in whatever form for a better society. The support may be financial or any other resources required to do for the LPIP to achieve its mandate.”

Governor Sanwo-Olu urged other lawyers to join hands with the organisation noting that Lagosians deserve the best.

Speaking earlier, the team leader of the Lagos Public Interest Law Partnership Board of Trustees, appreciated the continuous support of the State government special regards to the digitization of its services and the probono week saying it  was developed with the partnership of stakeholders to complement government’s efforts in the provision of free justice delivery service to the people.