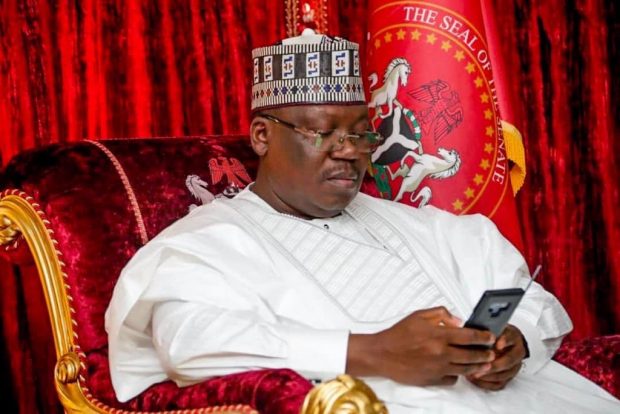 The Senate will be meeting every quarter henceforth with revenue generation agencies of the Federal Government, The Gazelle News.com can report.
The President of the Senate, Ahmad Lawan, made this known on Thursday, 13 February, 2020 while declaring open the maiden meeting of the revenue generating agencies with the Senate Committee on Finance.
Senator Lawan, The Gazelle News.com learnt, said rather than being avenue to probe their activities, the meetings will seek to enhance their capacity to perform better.
“We want to see where we need to do more legislative intervention and give some supports including incentives.
“Every agency that is revenue generating should have a target. We have asked the minister of finance to furnish us with the targets set by the ministry in conjunction with the agencies.
“And we are going to work towards the realisation and actualisation of those targets. Where we are able to meet the targets, I think we should aim for higher targets. Where we are not able to meet the targets, we should find out why we are not able to meet those targets.
“Is it something that requires immediate legislative intervention to resolve the problem or the challenge? Or is the policy that is now becoming an ecumberance.
“What we intend to do is to ensure that there are no ecumberances. Revenue generation agencies should have no encumbrances,” he said.

Lawan, The Gazelle News.com learnt, said the quarterly engagement is basically to ascertain what the relevant agencies are able to accomplish in terms of revenue generation, collection and remittance.
“What have you been able to achieve in terms of revenue generation. How much has gone to the covers of the Federal Government. What are our challenges.
“This is not a probe. This is not an investigation. Its just to enhance your capacity, your ability and your drive to do your work and discharge your mandate,” Lawan said.

The Gazelle News.com can also report that the Senate President advised the revenue generating agencies to set measurable targets for their performance.
The Gazelle News.com can also report that the meeting was attended by all heads of revenue generating agencies of government and members for the Senate Committee on Finance led the Chairman of the committee, Senator Solomon Olamilekan Adeola.
According to the Senate President, “Nigeria’s problem today is how to generate and remit revenue to the government’s treasury.
“We have very massive, noble and laudable projects lined up as a government and as an administration but the critical factor of revenue is militating against the realisation of some of these projects.
“Infact, Nigeria has to go out to borrow to fund some of these projects. But we believe that we can do better in terms of revenue generation and collection
.
“We believe that in addition to the oil sector, those non-oil sector revenue generation agencies can meet their targets and even do better than the targets.
“Where you have one, don’t waste time, we will provide legislative intervention required as fast, as expeditious as possible because time is of essence.
“Nigerians have given us four years. We have already gone beyond half of first year. We made so many promises to Nigerians.
“We want to provide better security, better infrastructure, better economy. An economy that will work for everyone. Both those who are at the top and especially those who are at the lower level.
“Those students who walk the streets. Those people who would graduate and have no jobs should have jobs. Or at least should have hope that jobs would be there.
The Chairman of the Senate committee on Finance, Senator Solomon Olamilekan Adeola said the meeting was to set the framework for carrying out the oversight function with a view to adequately fund the 2020 budget
“It is our belief that the Federal Government revenue from non-oil and oil revenue sources can be greatly improved upon through strict adherence to the Fiscal responsibility Act 2007, the operation of the Treasury Single Account, broadening of the tax net and compliance with section 162 of the 1999 Constitution of the Federal Republic of Nigeria as amended,” Senator Adeola said.