Lawan To Lead Delegation To Burial Of Deceased Plateau Lawmaker 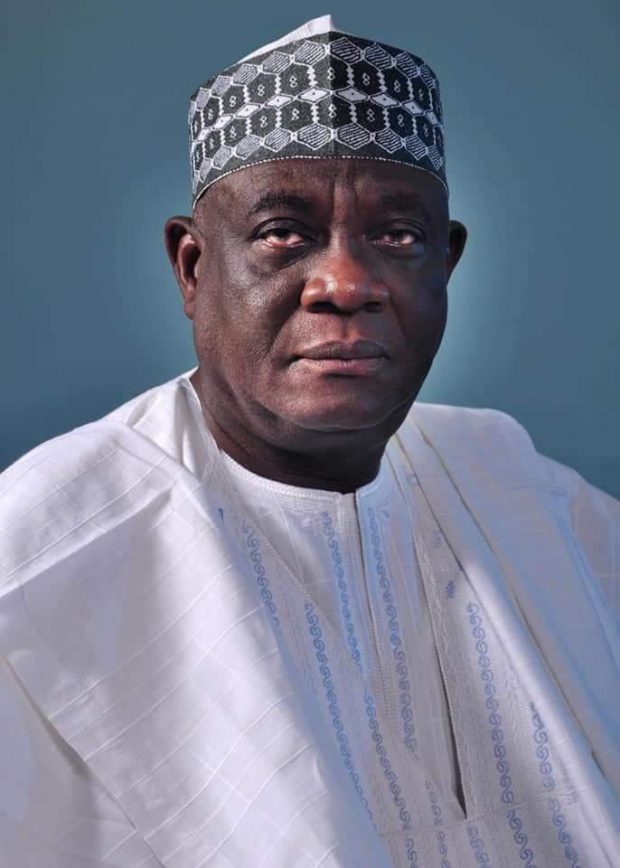 President of the Senate, Ahmad Lawan, will lead a delegation of Senators to the funeral service of Late Senator Longjan Ignatius Dantong slated for March 2, 2020, in Plateau State.
The resolution to lead a delegation to the burial was reached after a valedictory session on Tuesday, held in honour of the deceased by the Upper Chamber.
The Senate President, while paying glowing tribute to the former Senator who represented Plateau South Senatorial district in his lifetime, said his death leaves a lot of lessons to be learned by Nigerians.
“This kind of presence tells a story that Plateau today is united. This is a lesson to the rest of the country. No matter our differences, whether political, religious or ethnic, we must find a common ground.
“On the 10th of February, when Senator Gyang called me to inform me of the death of late Senator Longjan, I immediately placed a call to the Governor, because during the illness of our colleague, we have been talking and comparing notes.
“I was so encouraged by the kind of response, the deep feelings that the set of people we have today in Plateau’s leadership, and this is not the executive alone, but including the legislature, both here in Abuja and the House of Assembly.”
Lawan, who extolled the lawmaker’s humility, added, “Life is what we make of it. All of us, who spoke about our late colleague, spoke glowingly of who he was, and that was because of how he lived.
“He was everything and yet he acted like he was nobody. His actions in humility did not in anyway place him at disadvantage as far as human characterization is concerned.
“There are very boisterous, vociferous and noisy people in life, but when they die, the commentaries will be silent. So, there’s also a lesson for us here, just like most of our colleagues said, what do we want to be remembered for? We all want to be remembered for good.”
Earlier, the Senate Leader, Yahaya Abdullahi, described the deceased as a statesman who wrote his name in gold as a diplomat and politician in Nigeria’s history.
Abdullahi said that Longjan’s death “has thrown the Senate in deep mourning once again, having lost one of its own, Senator Benjamin Uwajumogu barely two months ago.”
The lawmaker recalled that as a career civil servant, the deceased worked with the Northern Nigeria Ministry of Information, Kaduna 1965-1968; Plateau State Ministry of Information, Jos 1968-1969; Federal Ministry of Education, Jos 1969-1973; International Court of Justice Hague as Protocol Officer attached to Justice Elias of Nigeria 1980-1983, and finally Ministry of Foreign Affairs (then Ministry of External Affairs) Lagos 1975-2000.
According to the Senate Leader, Longjan also served reputably at the Nigerian Embassy, Guinea between 1983 to 1984 and was appointed as Head of Chancery, General Administration in the Consulate-General of Nigeria, New York, USA from 1988 to 1992, adding that his  exploit was capped with his appointment as the Head of Chancery at the very strategic Nigerian Embassy in
Moscow, Russia from 1998 to 2000 where he finally retired from service.
In politics, the Senate Leader noted that the Late Senator Ignatius Datong Longjan, acquired even more experience in administration and governance as he served as Financial Secretary, Peoples Democratic Party (PDP), Plateau State Chapter 2005-2007; Chief of Staff to former Plateau State Governor, Senator Jonah Jang 2007-2011, and later became the Deputy Governor of Plateau from 2011 to 2015.
“His humility, humanity and wealth of wisdom was always at display when he weighed on any issue that concerns people,” Abdullahi said.
Kashim Shettima (APC – Borno Central), described the deceased lawmaker as a paragon of unity, a statesman and an advocate of peace in the Plateau.
Rochas Okorocha (APC – Imo West), who showered tributes on Longjan, said the lawmaker was a peace lover who displayed so much humility, adding that “rather than mourn, let us celebrate him.”
Yaroe Binos Dauda (PDP – Adamawa South), called on his colleagues to emulate the qualities, as well as preserve the legacy left behind by the deceased lawmaker.
“It is important not to allow the legacy he left behind to be in vain. The legacy of loyalty, peace, unifying his people and serving his community must be preserved by all of us,” Dauda appealed.
Recommend to friends