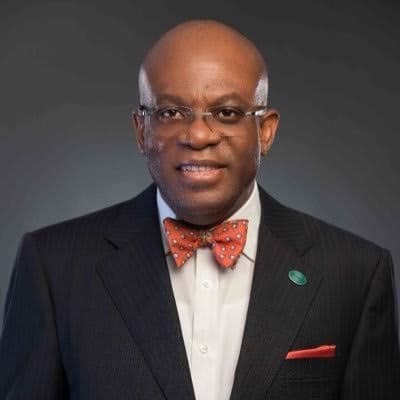 The Economic and Financial Crimes Commission, EFCC first arraigned Usoro before Justice Muslim Hassan of the same court on December 18, 2018.

He was later re-arraigned on March 1, 2019 before Justice Aikawa on a 10-count charge.

One of the counts reads: “That you, Paul Usoro, SAN, Emmanuel Udom (currently constitutionally immune against criminal prosecution), Uwemedimo Thomas Nwoko (still at large), Nsikan Linus Nkan, Commissioner of Finance, Akwa Ibom State (still at large), Mfon Jacobson Udomah, Accountant-General, Akwa Ibom State (still at large) and Margaret Thompson Ukpe (still at large) sometime in 2015 in Nigerian, within the jurisdiction of this Honourable court, conspired amongst yourselves to commit an offence, to wit: conversion of the sum of N1,410,000,000.00 (One Billion, Four Hundred and Ten Million Naira), property of the Government of Akwa Ibom State of Nigeria, which sum you reasonably ought to have known forms part of the proceeds of an unlawful activity to wit: criminal breach of trust and thereby committed an offence contrary to Section 18(a) of the Money Laundering (Prohibition) Act, 2011 as amended and punishable under Section 15(3) of the same Act.”

Usoro pleaded “not guilty” to the charge preferred against him by the EFCC.

Udom, under cross-examination, told the court that she and one Irene Akpabio were the Relationship Managers of the account of the firm belonging to the defendant.

According to her, the defendant, his staff and her exchanged a series of emails.

“Irene Akpabio was the person designated by Zenith Bank to go and make statement with the EFCC in respect of the this case.

“This is due to the fact that she and Irene were the Relationship Managers of the defendant’s account.

“In its invitation to Zenith Bank, the EFCC asked for the account officer of the defendant, who happened to be Irene Akpabio,” she further told the court.

When asked if she could produce the letter of invitation from the EFCC, she answered in the affirmative.