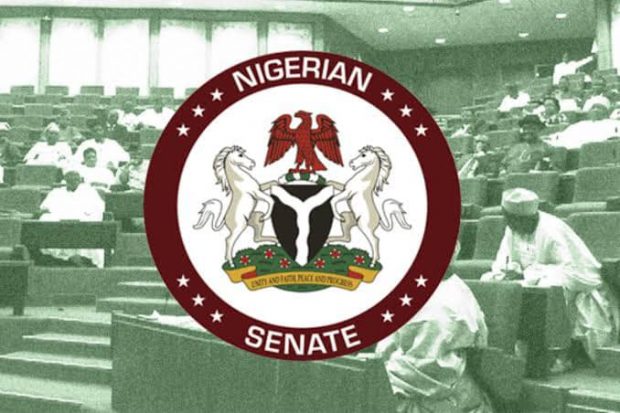 The Senate on Tuesday, 17 March, 2020 considered two critical bills aimed at strengthening Child Rights laws and the protection of older persons in Nigeria.
Both bills were sponsored by Senators Ibikunle Amosun (APC- Ogun Central); and Ezenwa Francis Onyewuchi (PDP – Imo East).
Leading debate on the Child Rights Act 2003 (Amendment) bill, 2020, Senator Amosun, said the piece of legislation seeks “to protect the Nigerian child by excluding certain categories of persons from being employed either as care givers, teachers or in any other circumstances that may expose or make such a child vulnerable or susceptible to sexual assault or sexual exploitation.”
According to the lawmaker, the Bill, which is an amendment to the Child Right Act 2003, seeks to declare and prohibit persons convicted of attempted Rape among others, unsuitable to work with children.
Amosun added that, “recent developments in our society underscores the need to take a second  look at the Principal Act with a view to providing stringent provisions that would guarantee the safety of the Nigerian children from defilement or other forms of sexual exploitation, in view of the rising cases of sexual violence suffered by Nigerian Children in the hands of caregivers and others, whom for lack of appropriate legal restrictions, have found themselves in positions that give them undue advantage and access to the children.”
The lawmaker stressed that, “apart from the existing punitive measures in relation to sexual offences against children, the thrust of the Bill is preventive in nature.”
“Mr. President, Distinguished colleagues, sexual assault is fast becoming a cankerworm in Nigeria, as a day will hardly pass without reading or viewing in the media, cases of sexual assault suffered by Nigerian children in the hands of people, who ordinarily should not be allowed to have custody or access to them for whatever reason,” the lawmaker said.
“Accordingly, if this Bill is passed, the Senate would have given a nod to the declaration that the following categories of persons are unsuitable to work with children: Persons convicted of murder, attempted murder, rape, indecent assault or assault with intent to do grievous bodily harm with regards to a child.“
Others on the prohibition list are: Persons declared mentally unstable and thus unable to enter defence in court against violent offences such as  murder, attempted rape, indecent assault with intent to do grievous bodily harm with regard to a child; and Any person who has been convicted of murder, attempted rape, indecent assault with intent to do bodily harm with regards to a child, in the last five years preceding the commencement of the Bill.”
Similarly, the Upper Chamber also on Tuesday considered a bill for older persons in Nigeria  to have right to social protection, including income security without discrimination on the basis of age or age.
Sponsor of the bill, Senator Onyewuchi said the legislation under consideration will address rights issues, systemic and interpersonal prejudice, and all forms of stereotype and discrimination.
The lawmaker added that the bill if passed, will prescribe punitive measures where rights are deprived, and make provisions for the integration of older persons in development and ensure an age friendly environment in the Nigerian society.
Both bills after scaling second reading on the floor were referred by the Senate President, Ahmad Lawan, to the Committee on Women Affairs and Youth Development.
The Committee which is Chaired by Senator Betty Apiafi (PDP – Rivers West), is expected to turn in its report in four weeks.

Democracy At 21: Jandor Felicitates With...

Nigeria Would Have Been History Without Buhari...