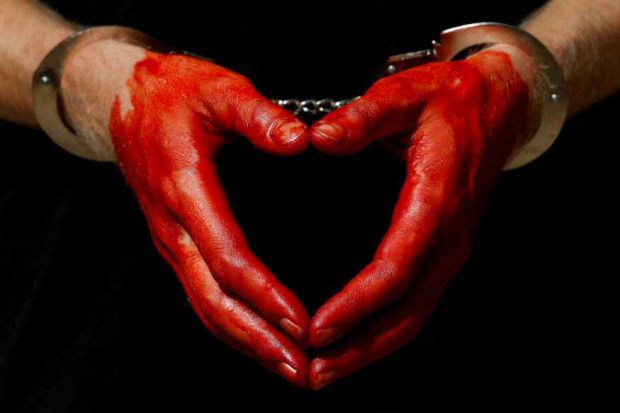 Tragedy struck the Ugwu family of Iheaka community in Igbo-Eze Local Government Area of Enugu State on Wednesday, 25 March, 2020 in a most bizarre manner.

The Gazelle News.com reports that it was a day to forget for residents of the sleepy community as the son killed his mother but ended up being shot to death by his own father.

The Gazelle News.com learnt from Vanguard online that Kenneth Ugwu, a sparepart dealer in Lagos had gone to the village on the pretence of visiting his parents but with a more sinister aim of killing his mother for money-making ritual.

On getting to the village, he told his father that he wanted to assist his mother in harvesting palm fruits on her farmland.

“When they got to the farm, rather than cut the palm fruit for the mother, Kenneth cut-off the mother’s head and put it in a black polythene bag.

“When he got home, the father inquired about the whereabouts of his wife, but he reportedly lied to him that she was on her way home. He quickly rushed to the bathroom to take a bath and informed his father of his decision to go back to Lagos immediately,” our source narrated .

But his father would not be fooled easily. He became suspicious of his son’s sudden decision to go back to Lagos. He went to check the content of the polythene bag only to find the severed head of his wife in it.

Irked by the heinous act, he quickly loaded his double-barrel gun and waited for the son to come out and shot him as he stepped out to leave for Lagos

The incident threw the entire community into wailing and tears as the men mobilized and went in search of the remaining parts of the remains of the slain woman.

Her corpse was later found dumped on a footpath with several machete cuts all over her body.

When contacted, the Enugu State Police Public Relations Officer, Ndukwe Ekea, said he has not got the report and requested to get in touch with his men in the area.