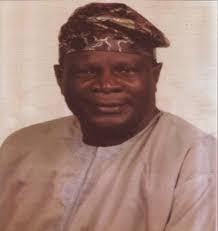 By Dare Ojelade, Lagos
Former Commissioner for Agriculture and Cooperatives in Lagos State, Chief Enock Kolapomoye Ajiboso has described the National Leader of the All Progressives Congress (APC), Asiwaju Bola Ahmed Tinubu, as a man divinely ordained to be a leader.
The Gazelle News.com reports that Chief Ajiboso stated this on Sunday, 29 March, 2020 in a statement signed by him to felicitate with the Jagaban of Borgu on his 68th birthday celebration.
“He has been divinely ordained to be a leader of men. He is the kind of leader many will follow to the war front blindfolded. He is a mentor and role model and I want to say he deserves all the praises and encomiun being showered on him,” the two-term former Chairman of Agege Local Government.
Chief Ajiboso saluted Asiwaju’s courage and commitment to the emancipation of the poor saying that all his life, the former Governor of Lagos State has dedicated his life to making life better for others, especially the downtrodden people in the society.
In a related development, Chief Ajiboso has commended the state Governor, Babajide Sanwo-Olu, for what he described as a splendid performance since his assumption of office last year.
“The Governor has been doing tremendously well and I’m particularly impressed with the way he has handled the Abule Ado explosion and the way he is handling the coronavirus pandemic in the state with stoic and courage. He is a true leader who leads from the front hence he deserves high commendation for his efforts so far,” he said.
The former Commissioner urged all Lagosians to continue to support and cooperate with the Sanwo-Olu administration as the state government is determined to make life better for the people.
Copyright: The Gazelle News.com
Recommend to friends