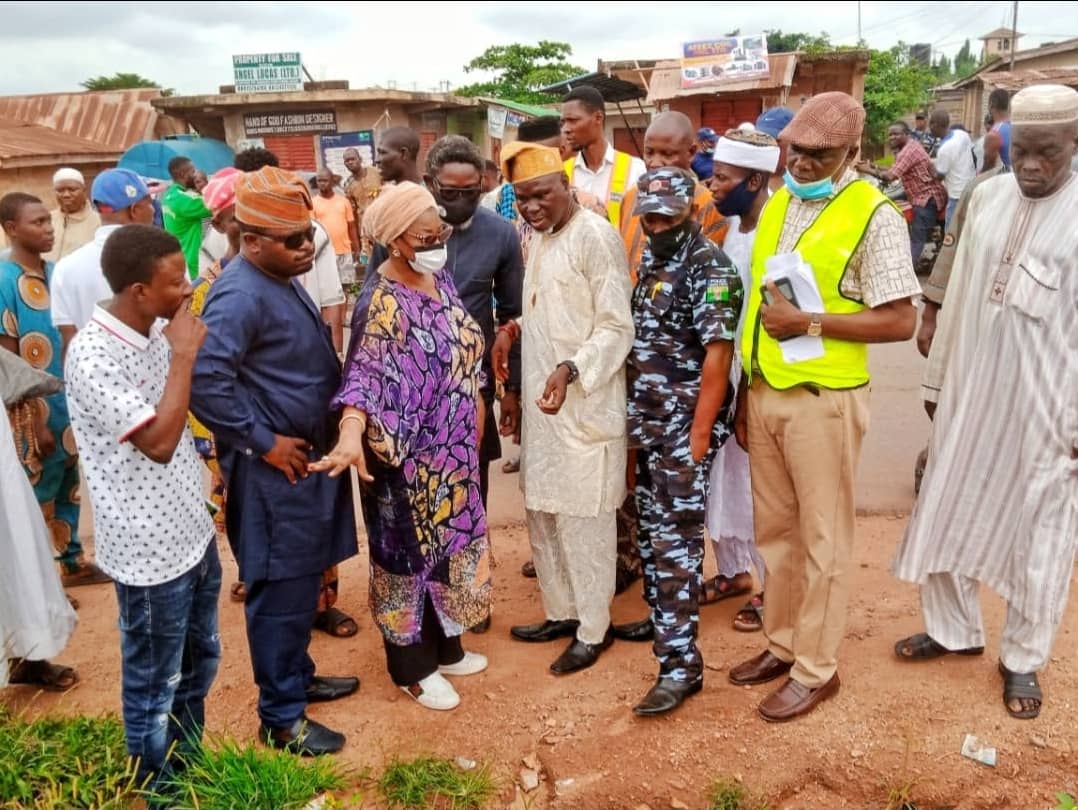 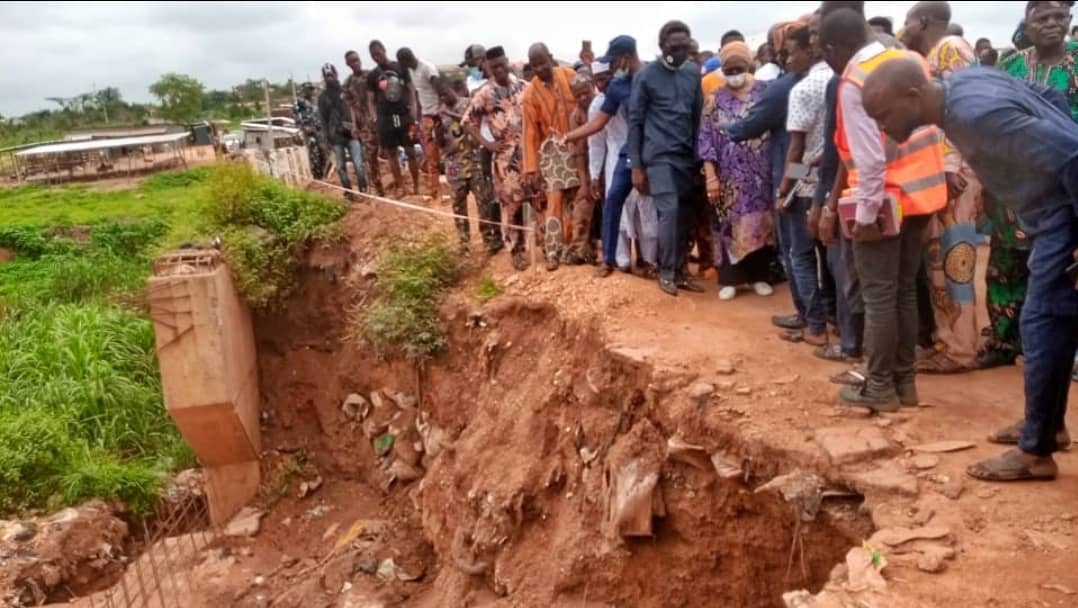 The House of Representatives Member, has therefore tasked the Federal Ministry of Works and Housing and the Federal Roads Maintenance Agency (FERMA) on the rehabilitation of federal roads across Oluyole Federal Constituency.
Akande-Sadipe said that if rehabilitated, the controversial 25 km Olomi-Ijebu Igbo road and 35 km stretch of Liberty Academy road which connects Oyo State with neighbouring Ogun state, would stimulate economic activities, attract local and foreign investment, improve the quality of road network and reduce the hardship on her constituents.
The Oluyole Federal Constituency Representative at the Green Chamber made the remarks on Sunday, 11 July, 2021 when she embarked on a joint inspection of the roads with officials from the Federal Government establishments and the affected communities.
Akande-Sadipe, who lamented the untold hardship commuters along the 25 km Olomi-Ijebu Igbo Road face on account of its present deplorable condition, also expressed displeasure at the present state of Liberty-Academy Road within her constituency.
She urged the Federal Ministry of Works to prevail on the construction company on the Olomi Road project, Messrs DC Engineering Limited to perform their obligation on the road in the interest of the people of the state.
She said: “We have gone round and you have seen the Olomi road. It is deplorable and completely unacceptable. The design is flawed, it has been more of a death trap and has led to several deaths and Loss of property.
“How can a bridge on this kind of expanse of road not be a dual carriageway”, she queried
“I appreciate the fact that the Ministry under the leadership of Hon. Minister. Raji Fashola honoured our request for succour for Oluyole, as our road between Olomi and Ijebu Ode is extremely bad. The Contractor, DC Engineering Limited has done a very poor job and has been too slow after so many years, with many portions of the road un-motorable”, she said.
“The officers of the Ministry should please ensure that the funds allocated are well spent and a satisfactory job delivered.”
Akande-Sadipe who Chairs the House Committee on Diaspora Affairs also lamented that other roads within the State contracted out the same time three years ago have been completed.
She added that within two years, the tarred parts of the Olomi road had developed problems, pointing to the poor quality of work.
The Commissioner, Public Complaint Commission, South-West, Mr. Folawiyo who joined the inspection said that the Commission will ensure that the issues are dealt with and the contractor called to order.
He explained that the institution has jurisdiction to oversee federal government, state government and local governments projects and would do the needful with regard to this road. The Commissioner added that the agency is set to intervene in the delayed completion.
He asked the community to copy him in all complaints, adding that the commission will urgently assess such complaints, including those where the contractor solicited and receive money from the communities in carrying out responsibilities on the project.
In his remarks, the Comptroller, Ogun State, Mr. Umar Bakare, said the Ministry has taken it upon itself to technically inspect the road which he noted was in a very bad state. He promised speedy delivery of the mandates, saddled upon the Ministry in record time.
Thus, the inspection of the road, under the directive of the Minister for Works and Housing, Hon. Min. Raji Fashola will yield progress.
According to him, the Ministry would monitor the construction of the road and bridges, to ease the movement of traffic.
While thanking Hon. Akande-Sadipe for her interventions, he pointed at the lack of proper drainage system and link roads to communities.
Meanwhile, community members also decried the substandard job executed by DC Engineering Limited, the Contractor on the site. They mentioned that the Contractor skipped the Olomi market portion of the road, and abandoned the maintenance and upgrade at the Fatusi bridge end of the road.
On the other road inspected, the Liberty Academy road, in her remarks the South-West Zonal Coordinator, FERMA, Mrs. Mary Adeniran explained that as part of its duties, the agency will see to the maintenance of federal roads within Oluyole Federal Constituency.
Speaking during an inspection of Liberty-Academy road, she promised to follow up with a critical inspection of the road up to the Ogun State border towards further rehabilitation of the road.
The Baale of Olomi, Chief Samuel Oyewale showered encomiums on Hon. Tolu Akande-Sadipe appreciating her for the constant infrastructural commitments to the constituency, including provision of transformers.
Amongst issues raised was the statement made by the contractor that a former member of the House of Representative had collected money paid on the project from him. The community members clarified that the Contractor had made this statement in the year 2018.

Inside Details Of How Abacha’s Daughter, Gumsu, Became Fourth Wife Of Yobe Gov