By The Gazelle NewsFebruary 6, 2022No Comments3 Mins Read 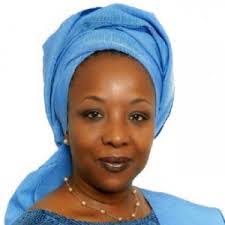 Share
Facebook Twitter LinkedIn Pinterest Email
Minister of State for the Environment, Chief Sharon Ikeazor has announced that the recent fire incident at Ukpokiti Oil Field, involving the Floating Production Storage and Offtake of Shebah Exploration and Production Company Limited (SEPCOL), has been ‘totally’ extinguished.
The Minister further assured that the National Oil Spill Detection Response Agency (NOSDRA), the scheduled agency under her ministry, will go for overflight on Sunday and Monday to monitor the situation of crude spill in the sea.
She promised that the overflight operation will be sustained in the weeks ahead, until whatever remnants of oil in the FPSO is evacuated and measures evolved to forestall a recurrence of such kind of incident.
Ikeazor, had in a statement last Friday, assured that necessary efforts are being made to ensure the fire incident at Ukpokiti oil field is contained, after a fire engulfed a floating production, storage and offloading (FPSO) vessel named ‘Trinity Spirit’ in the early hours of last Wednesday.
But in a recent update, Ikeazor said the fire incident at Ukpokiti Oil Field was eventually contained on the evening of last Thursday.
The Minister the update after she was briefed by the Director General of NOSDRA, saying a ‘joint investigation’ operation was conducted at the incident area on Saturday.
She equally said NOSDRA had an overflight on the incident area last Friday, to ascertain from the air what the surrounding conditions were, after extinguishing the fire.
According to the Environment Minister, a joint investigation visit to the incident area, as well as the FPSO, was undertaken on Saturday by NOSDRA, the Nigerian Maritime Administration and Safety Agency (NIMASA), the Ondo State Ministry of Environment, Representatives of Communities proximate to the Area and staff of Shebah Exploration and Production Company Limited.
“While the cause of the fire incident is yet to be fully determined, the environment around the FPSO is only slightly covered by sheen and emulsified oil.
It was earlier reported that the approximate quantity of oil in the FPSO in the recent past was said to be a little less than 200 000 barrels. One of the  operators utilizing the services provided by the FPSO was said to have made an Offtake of approximate 120,000 barrels before the incident; leaving an estimated 50-60  000 barrels in the FPSO as at the time of the fire incident.
“NOSDRA will continue to give updates on this incident after each aerial surveillance scheduled for today  and Monday,” the Minister assured.

Ogun State Government on Wednesday, 8 February, 2023, assured bankers and all citizens of adequate…