By The Gazelle NewsJuly 22, 2021No Comments2 Mins Read 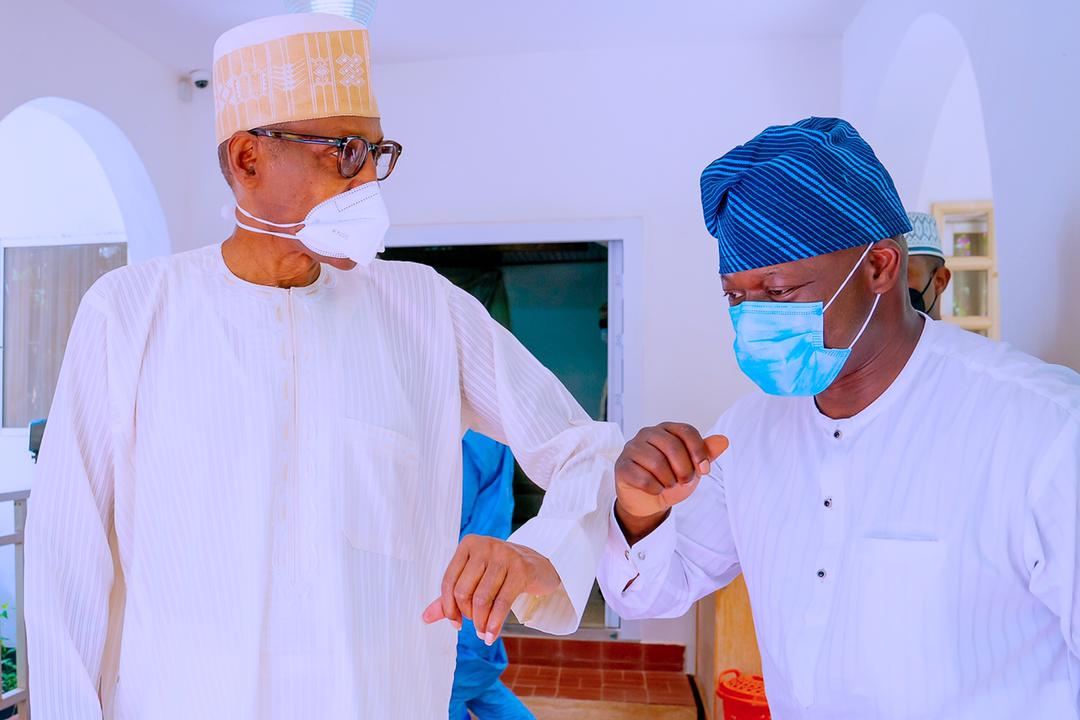 Share
Facebook Twitter LinkedIn Pinterest Email
Picture, it is believed, says more than a thousand words.
When this picture found its way to the internet on Wednesday, 21 July, 2021, not a few commenters submitted that the Group Chief Executive of Oando Plc, Wale Tinubu, is truly one of the few eminent individuals in the country, who have the ears of President Mohammadu Buhari.
Tinubu had celebrated the Eid-il-Kabir with the President at his Daura, Katsina home on the day.
But unknown to many, Tinubu has always enjoyed a good relationship with the President.
It will be recalled that he had met with Buhari at the Presidential Villa in Abuja, soon after he received his Certificate of Return from the Independent National Electoral Commission, INEC , in 2019.
Then, Tinubu had tweeted thus: “Congratulations PMB @MBuhari! Looking forward to 4 more years of the Common Sense Revolution – fighting corruption, improving security and recharging the economy.”
Also, the Lagos State-born billionaire, who has served as a business advisor and consultant to many other businessmen and governments in and outside Nigeria, was also among the people who celebrated with the President on the occasion of his 75th birthday three years ago.
Tinubu, also a lawyer, is one of the top player in the nation’s oil and gas sector and he has immensely contributed to the  growth of Nigeria’s economy.