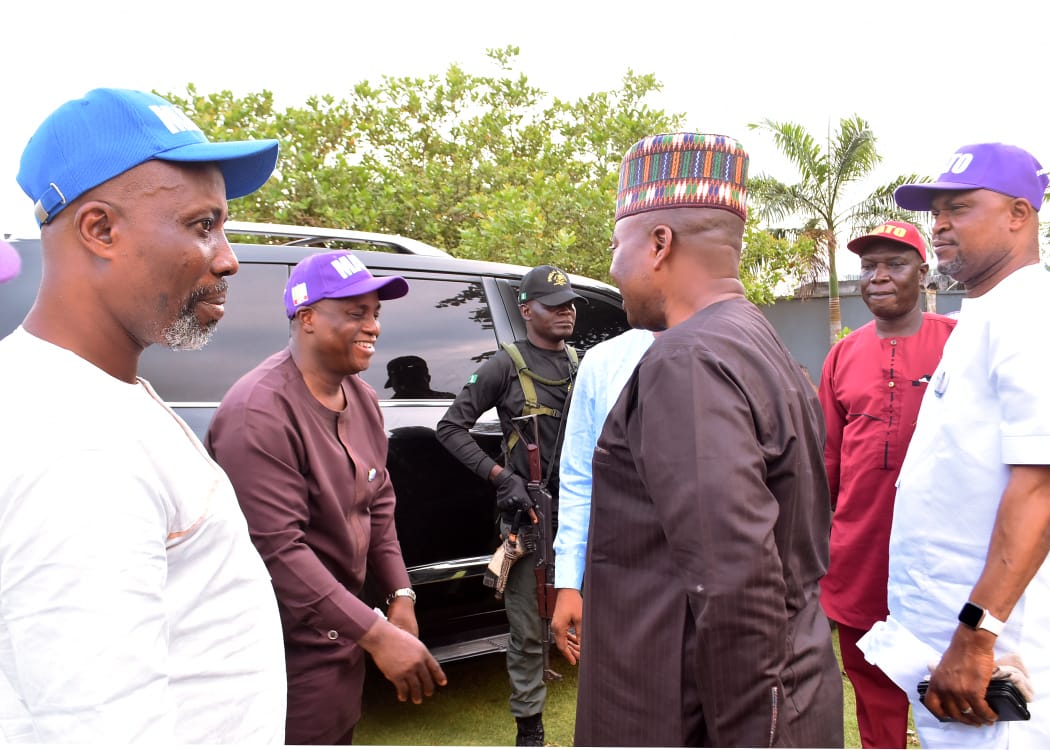 Posted By: The Gazelle NewsIn: Celebration, News, PoliticsNo Comments
Print Email
A Senatorial hopefull for Ondo South Senatorial District in the 2023 National Assembly Election, Mathew Oye Oyerinmade, famously called MATO has sent congratulatory message to the newly sworn in Commissioners, Special Advisers and the Director-General of the Ondo State Public Procurement Monitoring Units (PPMU), Babajide Akeredolu.
Specifically, Oyerinmade identified the four new Commissioners and two Special Advisers from the Southern Senatorial District of the State as “Southern Stars” who were carefully selected by the State Governor, Arakunrin Oluwarotimi Akeredolu, SAN to brighten and bring to good fruition, the ongoing laudable projects and programmes of the ruling All Progressives Congress, (APC) government in the Sunshine State.
In a congratulatory message he personally signed on Monday, MATO, while thanking the Governor for painstakingly appointed men and women of proving integrity as members of the State Executive Council, he urged the new addition to the highest decision making body of Government not to disappoint their master, Governor Akeredolu and the good people of Ondo State, by discharging their duties and assignments diligently and purposefully.
“Let me first Congratulate our Talk and Do, hardworking Governor for achieving yet another milestone in the State, by putting this highly cerebral and impressive team together to help in galvernishing speedy responses to human, material and socio-economic developments of our darling State which has been the core values of the Oluwarotimi Akeredolu, SAN led administration since February 24, 2017.
“I also congratulate action packed State Chairman of our party, APC, Engr. Ade Adetimehin and his State Exco members, and all the party Executives both at local government and ward levels, for holding forth and solidifying the support base for our Governor across the State.
“And to our brothers and sisters who came in today as helping hands to our Governor, I say congratulations and I wish you all the best in your new jobs to positively impacted the overall generality of our people and compliment the good work currently going on across the hooks and crannies of our Sunshine State.
“Specifically, I will challenge our “Southern Stars” on Aketi Team to go and made us proud as ever before. The new Commissioners are: Dr. Francis Igbasan, Irele; Dr. Banji Ajaka, Ilaje; Pastor Femi Agagu, Okitipupa; and Mrs. Yetunde Adeyanju, Odigbo. The two Special Advisers are: Dr. Dayo Faduyile, Okitipupa; and Mrs. Olamide Falana, Ese-Odo.
“I equally commend our two old Commissioners who had earlier joined Mr. Governor developmental train since the beginning of the second term of Governor Akeredolu on February 24, 2021. They’re my brother from Ileoluji/Oke-Igbo, Mr. Wale Akinteriwa, the gate keeper and Mr. Donald Ojogo (Ese-Odo), the image maker for the Government.
“I am using this medium to send my best wishes to all of you on your new duty’s call and I passionately pray for your success and record breaking achievements as you hit the ground running.”