Razaq Olusola Ajala: Praises For Akala (Mushin’s) Gift To Humanity As He Steps Into The 5th Floor 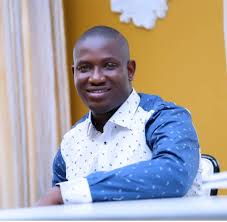 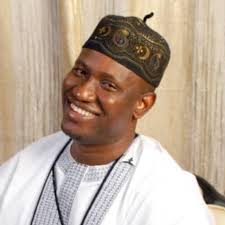 It was a healthy but fierce contest with Ajala eventually picking the ticket and Seyi, one of the sons of the iconic first Executive Governor of Lagos State, Late Alhaji Lateef Kayode Jakande, emerging as his running mate in the council election where they both won and sworn-in as Chairman and Vice Chairman respectively of the council.
Fast forward in 2021, it was time for another local government election and many expected Seyi Jakande to challenge Ajala again, but Seyi has a surprise waiting for all. Seyi wrote the bank draft of N2 million for the purchase of nomination forms for the election quite alright, not in his name but in the name of his boss, Razaq Olusola Ajala. 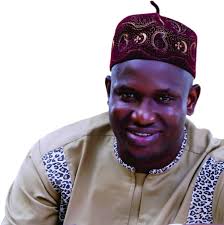 This was a unique and unprecedented gesture. Many see Ajala and Seyi Jakande as rivals, many predicted that they cannot work together but Seyi Jakande confirmed that Razaq Ajala has been and is still a fantastic boss, a good team player and a humanist to the core. “Why will I challenge a man that is doing well, a man who has proved to be a complete gentleman and humanist. We’re happy together and I can state categorically that Ajala should continue as the Chairman,” Seyi Jakande said.
Of course they contested the election as a pair and won convincingly. Such was Razaq Ajala’s complete acceptance that there was no opposition against his candidature in his party while he recorded one of the highest votes during the election proper. 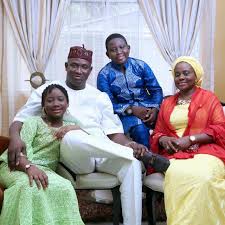 Razaq Olusola Ajala is a humanist per excellence, a grassroots politician with a difference, a man who has risen from the obscurity of a community notorious for crime to chart a life of accomplishment.
Ajala has not hidden the fact that he is from Mushin, in actual fact, Akala, to be precise. For those who are conversant with events in Lagos, the commercial capital of Nigeria, many see, albeit erroneously, Mushin as the crime capital of Lagos and Akala as crime capital of Mushin. But Ajala does not shy away from saying who he is, he always identified with Akala in particular and Mushin in general.
“I’m a Mushine to the core and I’m from Akala, I’m proud of where I come from and I’ll always be proud of my Mushin and Akala background,” Razaq Ajala told thegazellenews.com in a recent interview in his office.
According to him, the notoriety associated with Akala and Mushin serves as the main tonic for him to succeed. “I want to show people that Mushin and Akala are home to good people. We’ve many illustrious sons and daughters of Mushin who served as major sources of inspiration for me,” he said. 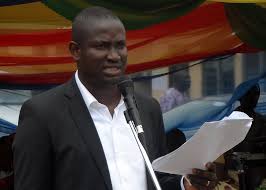 When Razaq won election into the old Mushin Local Government in 1999 to represent the Akala ward, he has a clear cut vision: to serve as role model for his peers and those coming behind him in the community and to leave positive mark on the community.
As a councillor, Ajala initiated the free GCE and free coaching programme for students in Akala. He spent his salaries and allowances to ensure that the programme became a flagship for success at the grassroots.
This programme propelled him to limelight and he became a parameter for measuring success for elected councillors.
Ajala became so popular that in the run off to the 2007 general elections in Lagos, he won the primary election for the Action Congress (AC) for Mushin State Constituency 1 but was prevailed by party leaders to step down, a look loyal and committed party he is, he obliged without any hesitation.
Razaq relates and interacts freely among his people. He is the one you will playing football with small kids, he is always there when any of them is having a social function, Ajala can sit down and play game of draught with you. An active sportsman, you will see him playing football with his people and would not run away from any game of table tennis. He was also a good cyclist in his younger days.
“He is from the trenches and will never shy away from telling you this. He is cool headed but very courageous: Ajala is the one you will find in the forefront of complicated events even where angels fare to thread. He usually leads from the front, that’s why he is so popular and well loved,” Adeola Adeshina who lives in Ogunmokun area of Akala.
“We love him, he’s our man. He lives among us, he identifies with us, he relates with us and he is a humble man to the core,” Richard Chukwu, another resident of Akala told thegazellenews.com.
When Ajala celebrated his 50th birthday on Wednesday, 17 August, 2022, it was his Deputy, Seyi Jakande and the entire Odiolowo/Ojuwoye LCDA management and staff in conjunction with the Akala community that organised a special prayer session for him in the mosque he built for the community in memory of his late mother. The prayer session was organised in his absence, a fact that confirmed the love they have for him.
The organisers also organised a special novelty football match to mark his birthday.
His slogan is: common pool for common benefit. That has been the essence of his life. He believes that resources should be for the benefit of all. He believes in sharing and can remove his eyes to satisfy others’ needs.
As he celebrates his 50th birthday on Wednesday, 17 August, 2022, the Akala boy has risen in leaps and bounds.
Currently, he is studying for a degree in Law at the National Open University of Nigeria (NOUN).
Among his peers, he is one of the most brilliant and one of those who seeks to acquire knowledge whenever and wherever the opportunity surfaces.
Razaq is an Accounting Technician, he is a trained journalist, has a Bachelor of Arts Degree in History and International Relations, has a Master’s degree History and International Diplomacy, he is an Associate member of Nigerian Institute of Public Relations (NIPR), associate member of Nigerian Institute of Management (NIM) and associate member of Nigerian Institute of Public Administration and Local Government Administration.