Bawa In Nigeria’s Delegation To INTERPOL General Assembly In Turkey

By The Gazelle NewsNovember 25, 2021No Comments1 Min Read 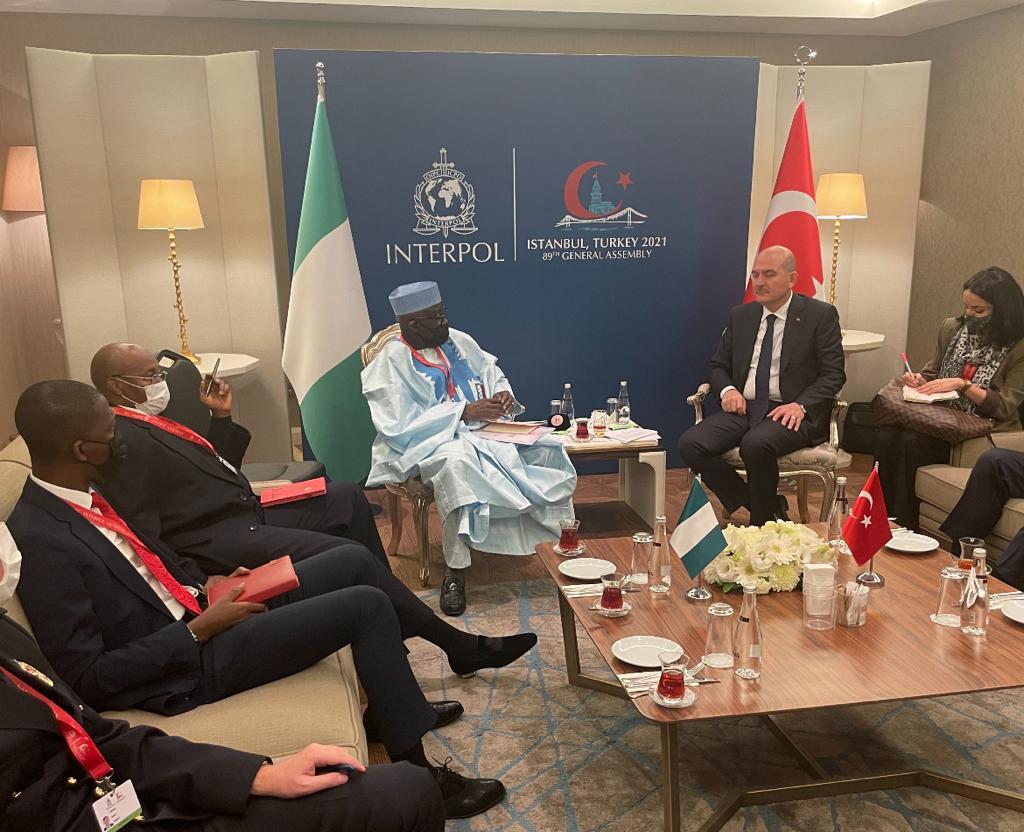 The Executive Chairman of the Economic and Financial Crimes Commission, EFCC, Abdulrasheed Bawa is in Nigeria’s delegation, attending the 89th Interpol General Assembly which commenced on Tuesday, November 23, 2021 in Istanbul,  Turkey.

The Nigerian delegation to the event which ends on Thursday, November 25, 2021, is led by the Minister of Police Affairs, Alhaji Mohammed Maigari Dingyadi. Others in the delegation are the Inspector General of Police, Usman Alkali Baba, Assistant Inspector General (AIG) Interpol, Garba Baba Umar and the representative of Nigeria Immigration Service.

The event commenced on Tuesday with an opening ceremony after which the agenda of the programme was adopted. Additionally, the membership of the Federated States of Micronesia was adopted.

On the sideline, the EFCC Chairman attended a bilateral meeting between Nigeria and Turkey, where several Law Enforcement related issues were discussed. The Turkish government was represented at the meeting by its Minister of Interior, Suleyman Soylu.