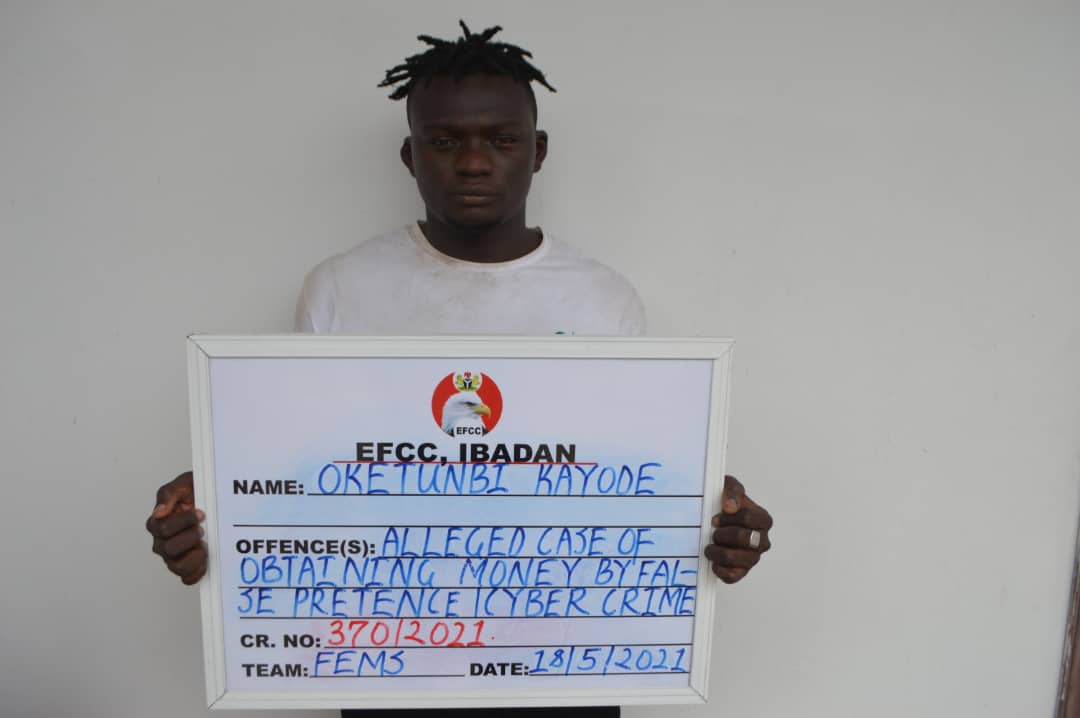 The convicts are Gbadeyinka Abeeb Adeyemi who claims to be a student of Federal University of Agriculture, Abeokuta; Omolafe Olakunle Banjo (aka Ronald Siegal); Ojuade Oluwafemi (aka Mary Reese); Ogundeji Bolaji Ibrahim (aka Allison Katte)  and Oketunbi kayode Moses.

In view of their pleas, Justice Agomoh convicted all five defendants and sentenced them as follows:

Gbadeyinka, eight months imprisonment with an order to restitute his victim, one John Stones, the sum of $1,000USD (One Thousand United States Dollars) through the EFCC. He is to also forfeit one iPhone 12 mobile phone and one Toyota Camry car, being proceeds of crime to the Federal Government.

Omolafe was sentenced to seven months imprisonment. The court ordered him to pay his victim, one Jelema Kraus, the sum of $950USD (Nine Hundred and Fifty United States Dollars) and the balance of the sum of N90, 155:30 (Ninety Thousand, One Hundred and Fifty-five Naira Thirty Kobo) domiciled in his bank account.

He is also to forfeit one Hp Laptop, one itel mobile phone and one Toyota Matrix car to the Federal government.

Ojuade bagged seven months imprisonment even as the court ordered that he restitute his victim,  one Herbert Hacket, the total sum of $400USD (Four Hundred United States Dollars)  through the EFCC.  He also forfeits one iPhone 6 mobile phone to the Federal Government.

Ogundeji and Oketunbi were sentenced to six and five months imprisonment each, and ordered to restitute their victims the sums of $425USD (Four Hundred and Twenty Five United State Dollars) and $1,400 (One Thousand, Four Hundred United States Dollars) respectively through the EFCC.

In addition, Ojuade is to forfeit one iPhone mobile phone to the Federal Government.