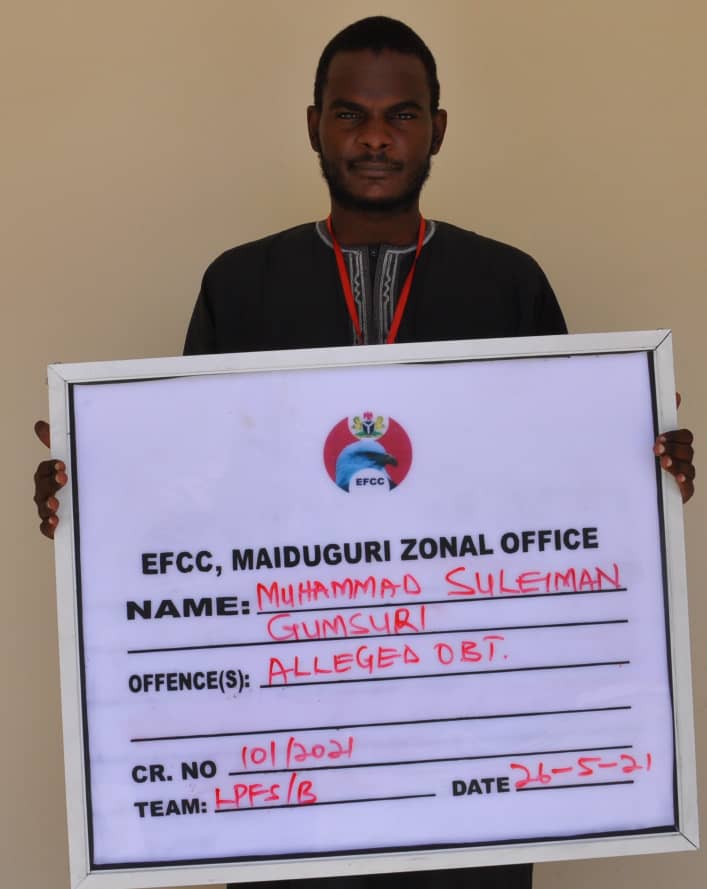 The ongoing N93.800 million fraud trial of one Mohammed Suleiman Gumsuri before Justice Umaru Fadawu of the Borno State High Court, Maiduguri continued today, September 20, 2021 as the EFCC closed its case against the defendant after the testimony of the 4th prosecution witness.

The defendant allegedly obtained the N93.8m on the pretext of supplying non-food items to ‘‘Save The Children’’, a Non-Governmental Organization.

At the resumed hearing today, the PW4, Ali Shettima Mohammed, who is the complainant, while being led in evidence by the prosecution counsel, Mukhtar Ali Ahmed told the court that he gave the defendant the entire money involved in the case to execute the purported contract.

According to him, ‘‘the defendant approached me and requested funds to execute a contract awarded to him by a Non- Governmental Organization with the agreement that I will get 30% of the profit of the contract.

“Both parties agreed and signed a ‘‘Memorandum of Understanding’’ that the monies I gave out for the contract will be paid after two weeks. However, with the expiration of the two weeks another one month was agreed upon, which the defendant failed to comply with.

“After making efforts to recover my money, I went to the NGO, ‘Save the Children’ in order to inquire about the said contract and I was informed that there was no such contract.’’

While being cross examined by the defence counsel, M.H. Abubakar, PW4 said the 30% as agreed by both parties is beneficial to him and the defendant.

Prosecution counsel, Mukhtar Ali Ahmed informed the court that the ‘‘PW4 is the last witness to be presented by the EFCC’’, and prayed the court to give a short date for the defendant to enter his defence.

Justice Fadawu adjourned the matter till October 14, 2021 for the defendant to enter his defence.

Meet Woman Who Flew To Nigeria To Confront Man Who Scammed Her Of N4.45m But Ended Up Becoming His Friend