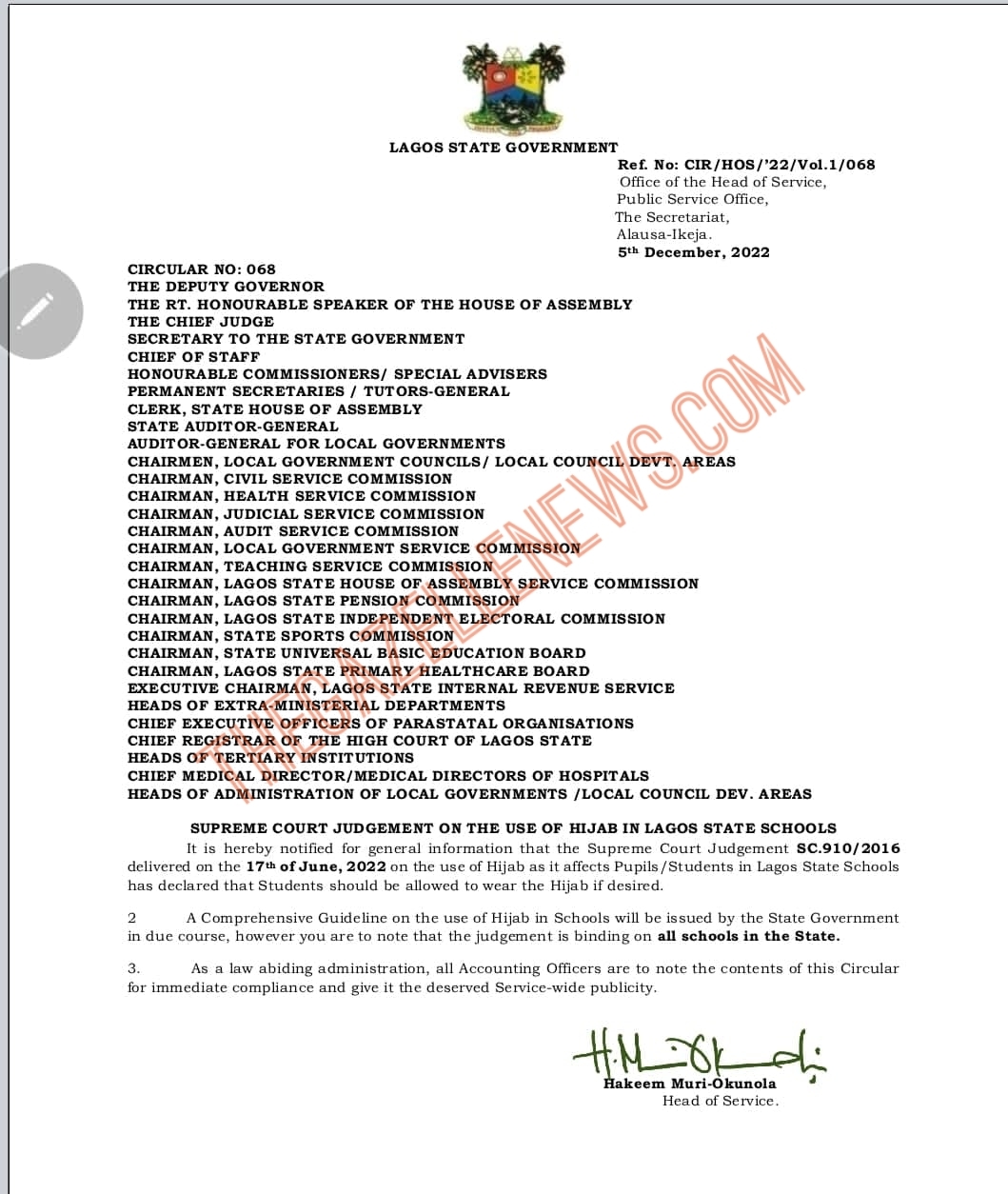 Share
Facebook Twitter LinkedIn Pinterest Email
The Lagos State Government has finally succumbed to the ruling of the Supreme Court of Nigeria which allows students to wear Hijab to school, if they so desire, reports thegazellenews.com.
Use of Hijab in public schools had become a controversy in the state leading to the Muslim Students Society taking the matter to court in which they eventually get victory at the nation’s highest court.
The state government, on Monday, 5 December, 2022 sets machinery in motion to implement the judgment of the Supreme Court.
A memo to this effect signed by the state Head of Service, Hakeem Muri-Okunola was released on Monday, 5 December, 2022.
The memo stated that while the state Government will soon release a comprehensive guideline on the use of Hijab in the state public schools, it directed all accounting officers not only to comply by the ruling, they must also give it widest publicity.
The government also warned that all schools in the state that the ruling is binding on them, noting that as a law abiding institution, it will implement the ruling of the court.