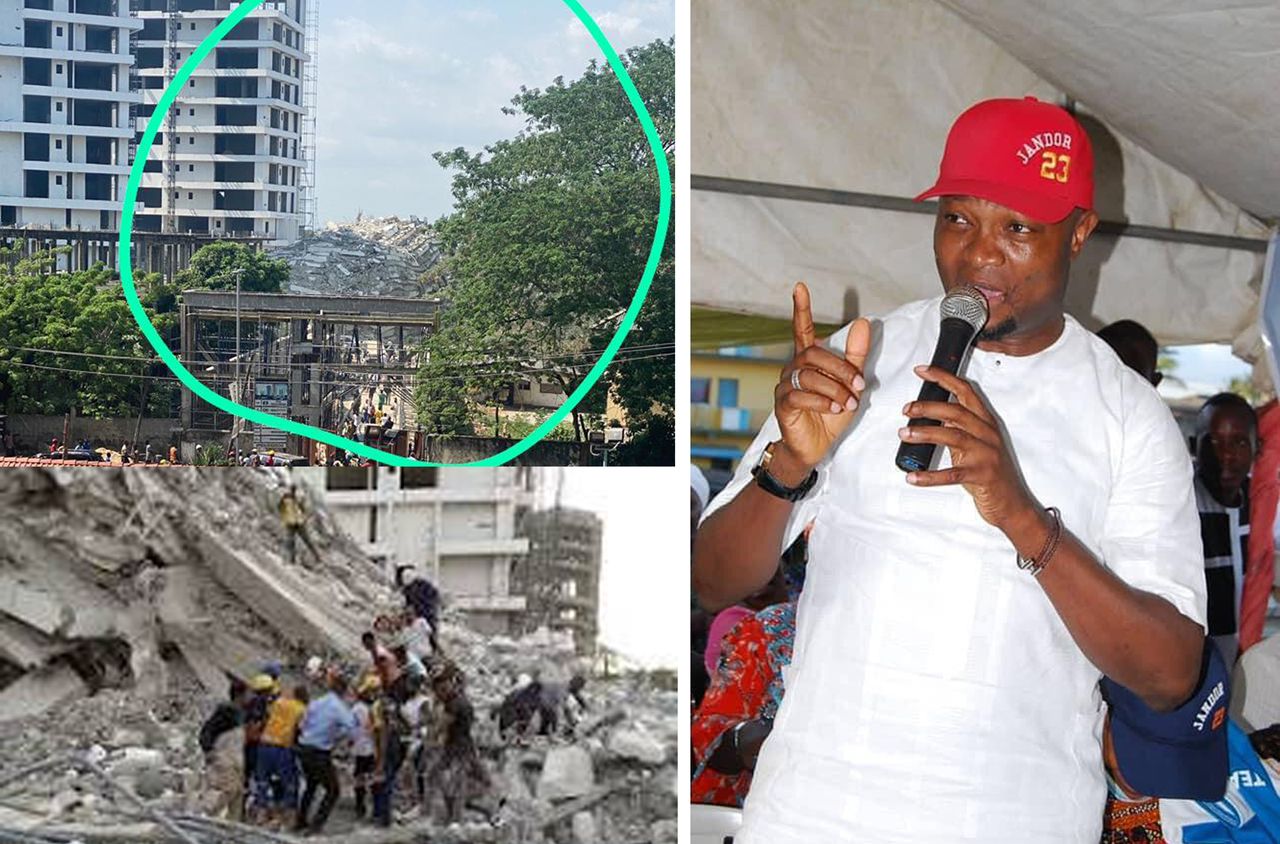 Posted By: The Gazelle NewsIn: Life, Metro, NewsNo Comments
Print Email
The Lead Visioner of the Lagos4Lagos Movement, Dr. Abdul-Azeez Olajide Adediran (Jandor) has commiserated with the families of victims of the avoidable incident of building collapse which occurred on Monday, 1 November, 2021 in ikoyi area of the state, describing the sad incident as one too many.
Jandor accused the state government of poor monitoring of agencies under its watch, which has resulted into incessant incidences of building collapse in Lagos.
This, he said, is a pointer to the high degree of disregard for due diligence and compliance with standards by the government which continues to put the lives and properties of Lagos residents at risk.
Reacting to the suspension of the General Manager of the Lagos State Building Control Agency (LASBCA), Jandor considered it a face saving development as one would wonder if the suspended General Manager whose duty as GM LASBCA was to give approval for building permit, would not know how many floors he approved, saying the Deputy Governor contrary account was targeted at saving the government from embarrassment that’s already late due to the sealing and unsealing of the said collapsed building.
Jandor therefore admonished the independent panel of inquiry set up by the government to look into the immediate and remote causes of the collapsed building while also investigating the claims and counter claims by the Suspended GM of the Lagos State Building Control Agency LASBA, and the Deputy Governor, Dr Obafemi Hamzat on the approved floors for the building.
“It is not just fair enough to suspend the GM. Are we saying the GM who issued the approval for the building didn’t know what he approved or what? There’s more to this and we believe only a TRULY independent panel of inquiry can do justice to this,” Adediran said.