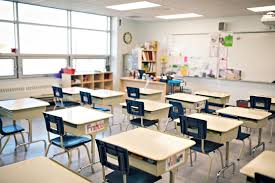 Posted By: The Gazelle NewsIn: Metro, News, WorldNo Comments
Print Email
A ten-year-old school boy in his Fourth Grade at Holly Hill School in Volusia County, Florida, United States, has been suspended for grabbing his counsellor’s breast during a hug.
The female counsellor claimed that the boy cupped her left breast in a derogating manner and she had to remove his hand.
The grandmother of the boy denied the allegation saying that it was the counsellor who is at fault as she had held the hand of the boy according to what her grandson told her.
Her grandson said with the hug she grabbed his hand and hold it ho and she did not know why she did it. He said she left his hand and he walked back to his seat and she continued to talk to other students.
The grandmother did bot accept the ten days suspension of the boy as she said it might be an accident.
The police were involved in the matter in regard to the alleged battery, and the child is to face a charge of misdemeanor battery, according to the report of the police. He is yet to be charged.
The boy might face a charge of violation battery for his misbehaviour which occurred on the 24th of October, 2022, when the counsellor visited the classroom to discuss with them when the boy reached out for a hug.