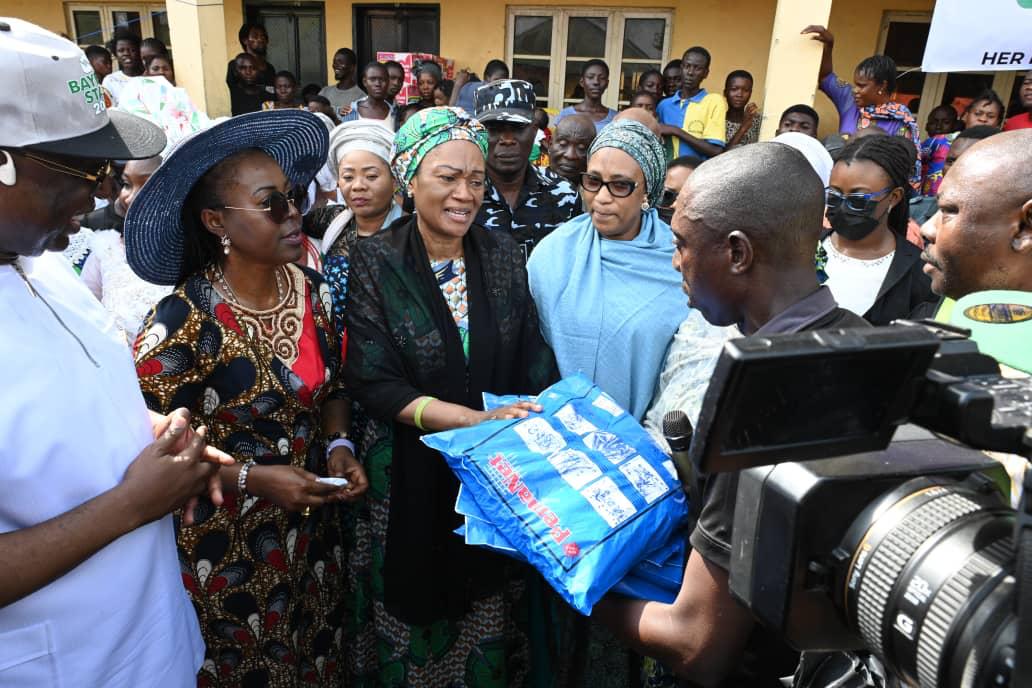 Posted By: The Gazelle NewsIn: NewsNo Comments
Print Email
Victims of flood disaster being accommodated in various internally displaced persons camps in Yenagoa, the Bayelsa state capital got financial relief of N50 million as the APC Presidential Women Campaign Team visited the camps to commiserate with the victims over the flood incident which has affected most communities in the state.
Bayelsa is one of the states worse hit by the flood with seven out of the eight local government areas affected by the disaster. Thousands of buildings and farmlands are submerged due to flood leaving many individuals in IDP camps. 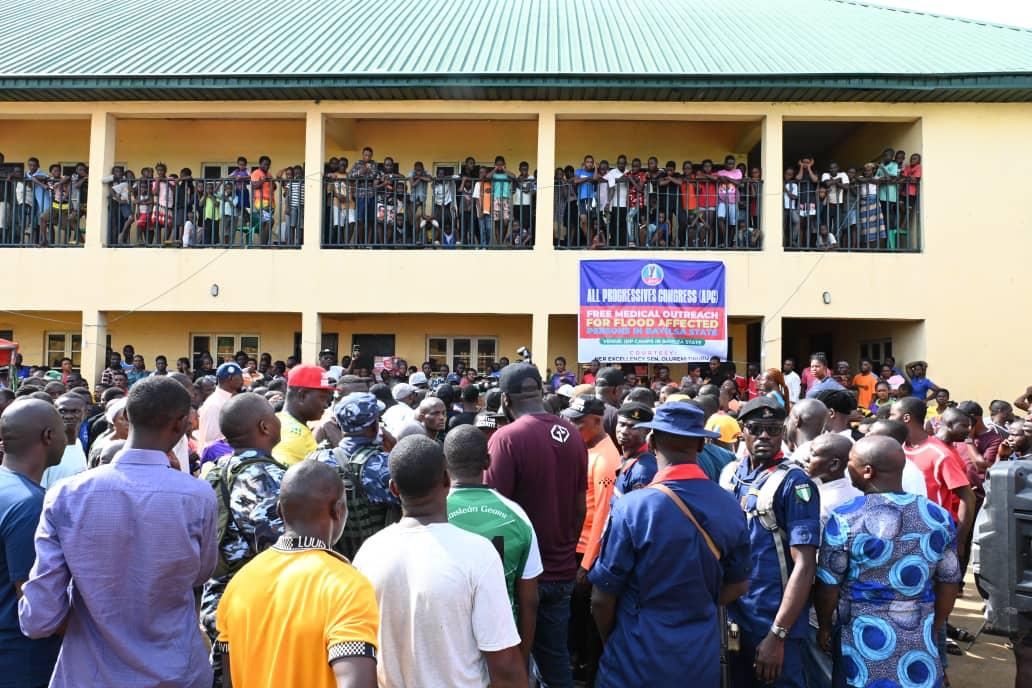 Addressing the victims at the Ox’ Bowlake pavilion and Igbogene camps, the leader of the team, Senator Oluremi Tinubu who is also the wife of the APC Presidential Candidate, announced a donation of N50,000 each to 1000 individuals to recapitalize their small scale businesses.
Food and non food items were also shared while a medical outreach was provided to the victims. Some nursing mothers who were met receiving treatment at the camp under the medical facility provided by the women campaign team received cash gifts from the wife of the APC Presidential Candidate.
Senator Oluremi Tinubu, who reiterated that the visit was not political but rather to identify with them in the moment of need, prayed that the state will not witness such natural disasters again. 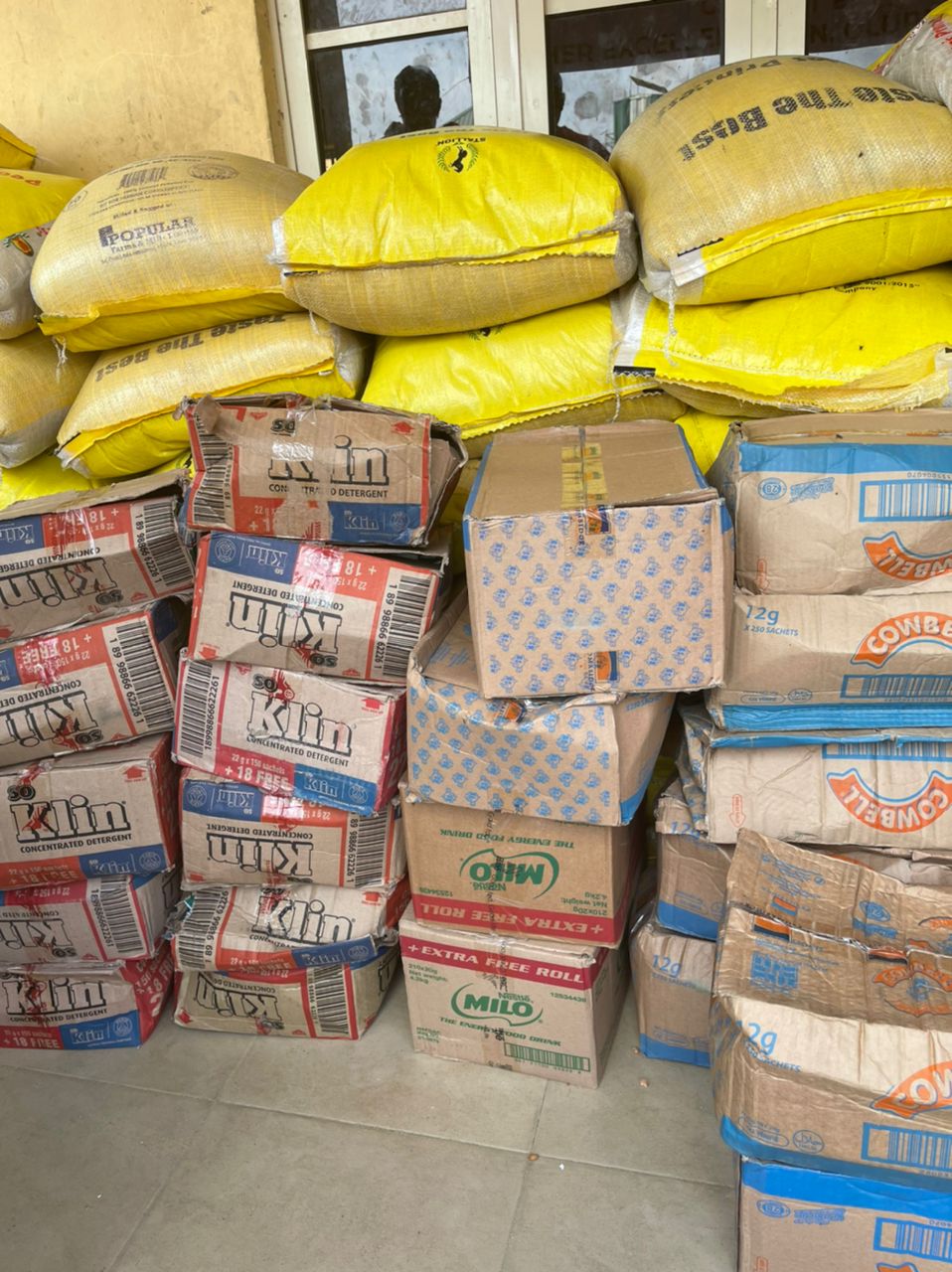 Emperor Osage, acting Paramount Ruler Igbogene, had while expressing the victims’ appreciation, informed the delegation that the donation is the first of its kind.
While paying homage to the traditional ruler of the community in his palace, Mrs Tinubu briefed His Majesty, the Obenibe of Epie kingdom, Kng (Barr.) Malla Sasime of the purpose of their visit to the state. The traditional ruler appreciated the APC women campaign team for visiting victims of flood in the state. He wished them safe return to their destination.
The chairperson of the women campaign team had on her entourage the Wife of the APC Vice Presidential Candidate, Hajiya Nana Shettima; wife of the Minister of State, Petroleum, Mrs Alanyingi Sylva; and the DG of the Women Campaign Team, Dr Asabe Vlita Bashir. They were received and conducted round the IDP camps by the Minister of  State, Petroleum, Dr Timipre Sylva.