2023: Lawan In Delta, Drums Up Support For Tinubu, Omo-Agege + Photos

By The Gazelle NewsNovember 19, 2022No Comments3 Mins Read 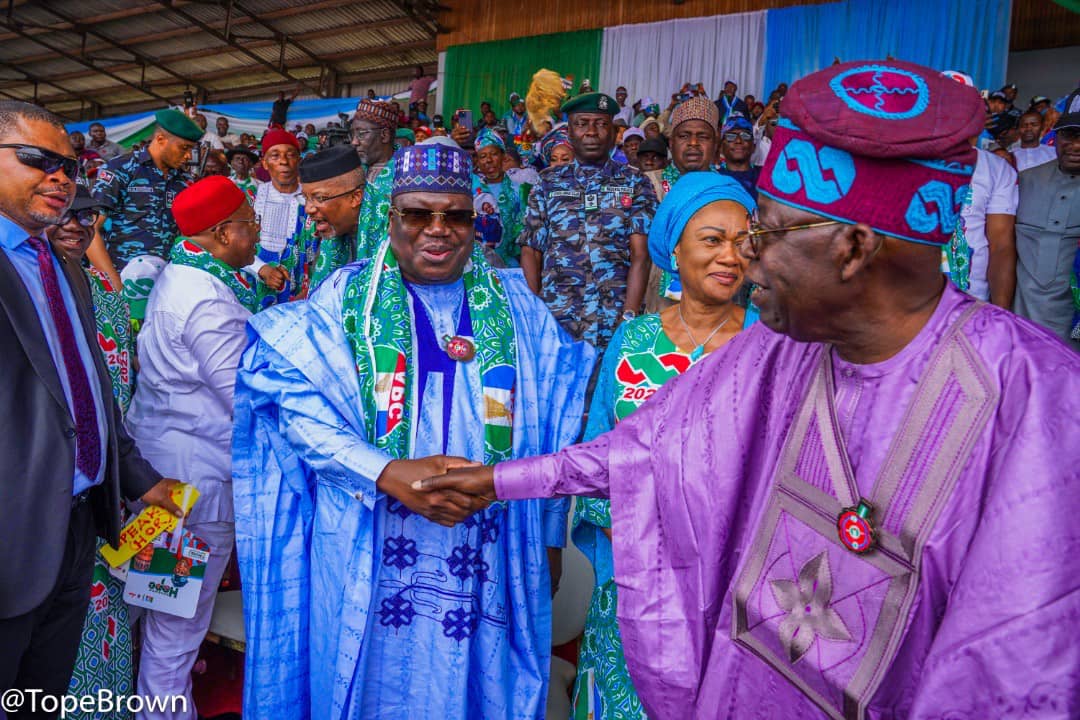 Share
Facebook Twitter LinkedIn Pinterest Email
The President of the Senate, Ahmad Lawan was in Warri, Delta State on Saturday, 19 November, 2022, where he drumed up support for the Presidential candidate of the All Progressives Congress(APC) and the APC Governorship candidate in the state.
Besides Asiwaju Ahmed Bola Tinubu who is vying to succeed President Muhammadu Buhari, the Deputy Senate President, Ovie Omo-Agege has officially declared his aspiration to be the next Governor of Delta State in 2023. 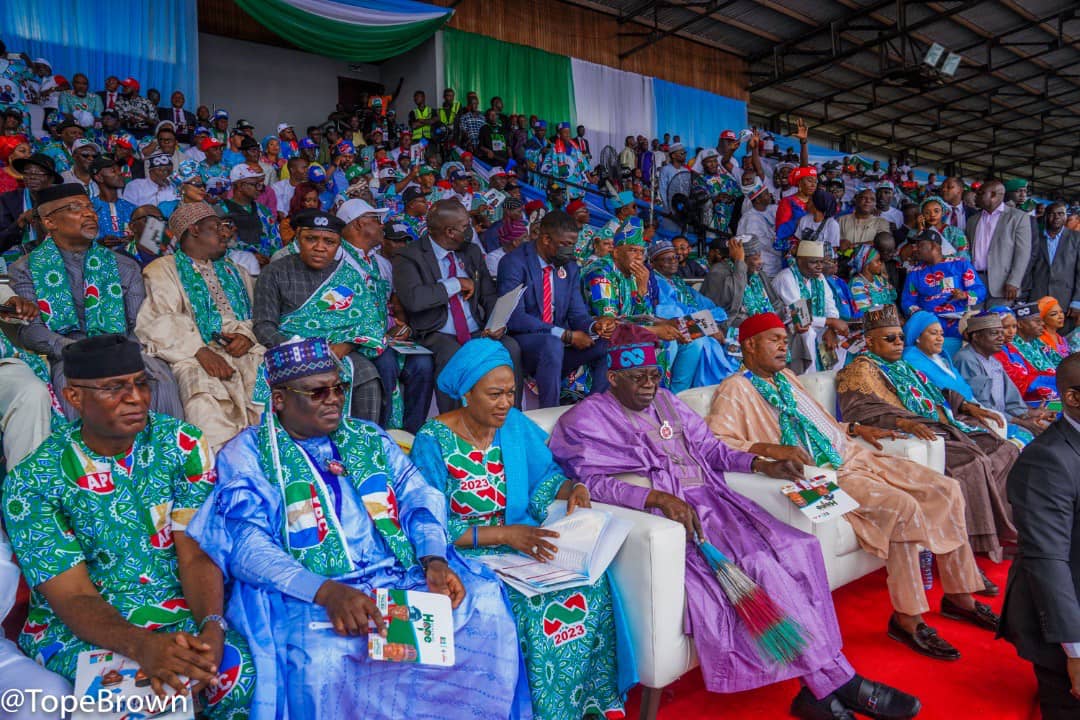 Lawan was at the campaign rally that held at Warri Township Stadium in company of many Federal lawmakers particularly to solidarise with their Distinguished colleague Omo-Agege.
The campaign rally was also attended by Tinubu and his running mate, Senator Kashim Shettima.
Speaking at the event, the Senate President described Omo-Agege as a “man of destiny, a man of commitment and a man destined to be the next governor of Delta State.” 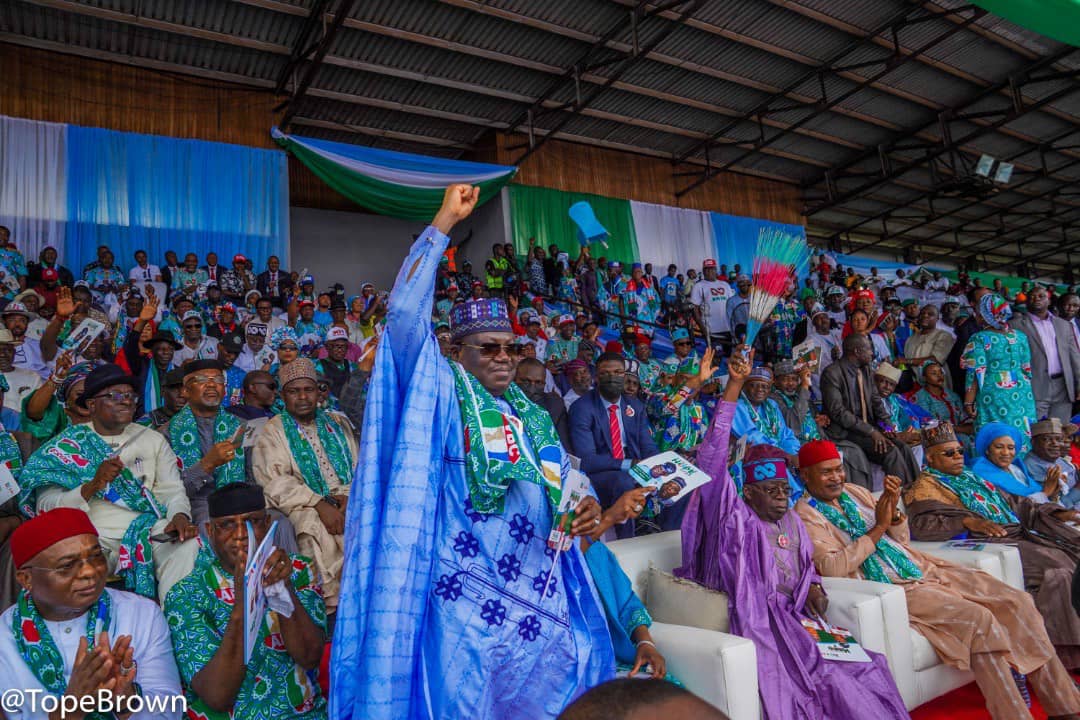 Lawan said Omo-Agege had performed creditably well as a Senator representing Delta Central Senatorial District and as Deputy Senate President.
“Here we are at the threshold of history. The one and only committed son of your state. Distinguished Senator Omo-Agege.
“He’s accomplished. Totally committed to take over the mantle of leadership, to transform the entire state of Delta.”
Lawan received a resounding “yes” when he called for a voice vote after he put the question to deltans at the rally on whether they will vote for Omo-Agege as Governor at the forthcoming poll.
The Senate President said the Buhari government had been good to all states in the country in terms of support and execution of projects and further assured the people of Delta State and Nigerians in general that the presidency of Asiwaju Tinubu from May 2023 would improve on what had been achieved since 2015.
“This Federal Government has been extremely magnanimous. Like one of our speakers said, in the past, PDP administration at the center, never gave any assistance to the states whether in the name of bailout or budget support or whatever, to opposition parties. 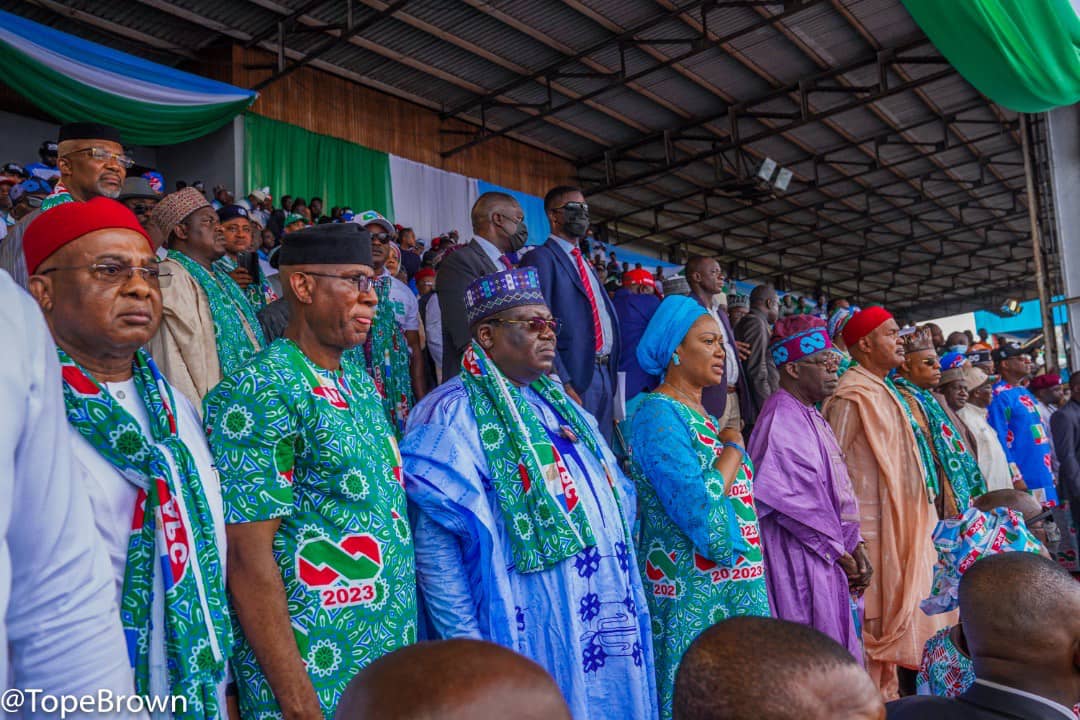 “Our administration has given support to every state. That is magnanimity because we believe in leadership. Our Presidential candidate is someone who is already deep in governance.
“In addition to your Governor in waiting, we have a President from 29th May, 2023 who will transform this state, who will transform the whole country, who will improve on what we have been doing since 2015, who will make sure that this state, not only get what it deserves as statutory allocation but also get special attention,” Lawan said.