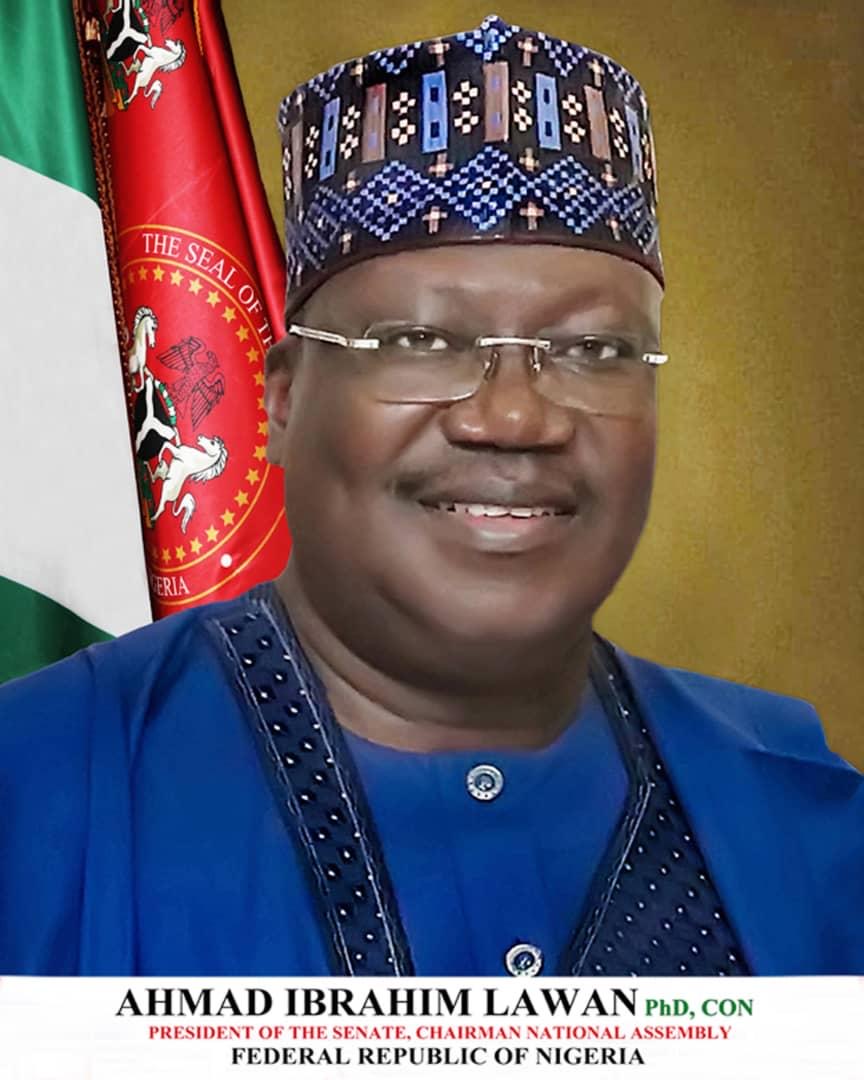 President of the Senate, Ahmad Lawan, has assured Nigerians that the National Assembly will take full responsibility for the application of President Muhammadu Buhari’s $22.79 billion loan request to various projects domiciled with Federal Ministries, Departments and Agencies of government.

Lawan stated this in his remarks after the Senate approved President Buhari’s loan request on Thursday.

The Senate President, while expressing optimism that the loan will turn around the economic fortunes of the nation, said its strict application to relevant projects will be supervised by Committees of the National Assembly.

“Let me emphasis here, that we are going to follow very strictly how these funds are applied by the executive arm of government.
“Our Committees must be prepared to ensure that no single dollar or cent is spent on any other thing outside of what has been indicated here.
“We pray that this loan will turn around the economy of Nigeria. It is our belief that this loan will definitely have some positive influence on the Gross Domestic Growth (GDP) of this country, and therefore, we want to assure Nigerians that as a Chamber of the National Assembly, we will be responsible and ensure that no funds approved here are utilized for something else or used in uneconomic or imprudent manner.
“This is our responsibility and we will ensure we do that”, the Senate President assured.

The unanimous approval came sequel to the adoption of the recommendations of the Committee on Local and Foreign Debts which was considered during plenary.

The decision to adopt the committee’s recommendations was reached during a closed session which lasted 40 mins to deliberate on the projects for which the loan is being sought.

Moments before the closed session, some lawmakers objected to the consideration of the committee’s report after it was presented by the Chairman, Senator Clifford Ordia (PDP – Edo Central).

Senator Adamu Aliero (APC – Kebbi Central), posited that members of the upper chamber be availed the opportunity of studying the report for consideration ahead of Tuesday next week.

The Senate President, however, attempted to sway his colleagues explaining that it is the Senate’s prerogative to discuss the report first before it is dissected by members of the public.

Other lawmakers such as Senators Gabriel Suswam (PDP – Benue North East); and Olamilekan Adeola (APC – Lagos West) insisted that the report be considered immediately on the floor.

Midway through consideration of the report, Minority Leader, Enyinnaya Abaribe, in an attempt to register his objection to the adoption of the Committee’s recommendation came under order 43 of the Senate Standing rules.

The Senate President asked Abaribe to read the provisions of the order.

Senator Abaribe, who read the order in part, was further asked by the Senate President to read it in full.

The order on Personal Explanation reads: “By the indulgence of the Senate and the leave of the President of the Senate, a Senator may make a Personal Explanation although there be no question before the Senate; but no controversial matter may be brought forward nor may debate arise upon the Explanation.
“The terms of the proposed statement shall be submitted in detail to the President of the Senate when his leave to make it is sought.”
On the basis of the order, Abaribe was overruled by Senator Lawan for his failure to comply with the provisions of the standing order which requires that any matter to be brought to the floor must first be discussed with, or submitted in writing to the Senate President.

The lawmaker’s insistence met another brick wall as the Senate President took up the lawmaker for attempting to polarize consideration of the report along party lines.
Lawan, at this point, prevailed on lawmakers to put the interest of the nation ahead of partisanship in the interest of Nigerians.

Lawmakers such as the Senate Leader, Yahaya Abdullahi and Gabriel Suswam, who instantly threw their weights in support of the Senate President, suggested that consideration of the projects for which the loan is being sought by President Buhari be looked into at a closed session.

The Senate, thereafter, held a closed session, after which President Buhari’s loan request was unanimously approved.

Truth Shall Prevail Over Falsehood