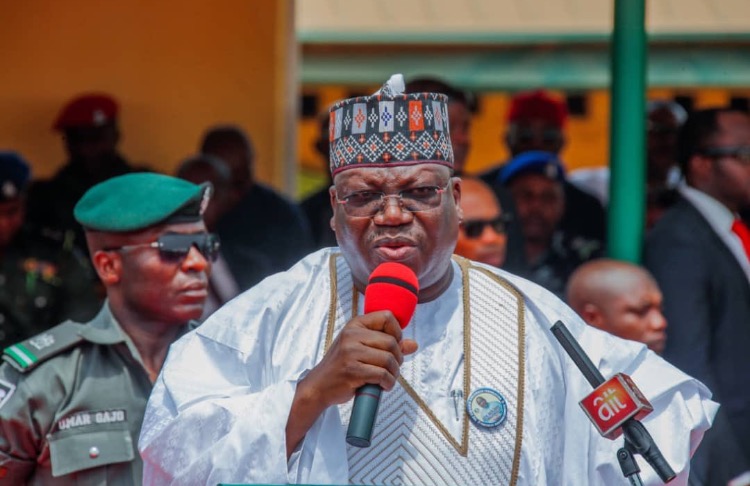 Posted By: The Gazelle NewsIn: No Comments
Print Email
President of the Senate, Ahmad Lawan, has said agriculture remains a viable means for employment creation in Nigeria.
According to him, substantial investment in the sector by the Federal Government would guarantee food security for the country.
Lawan stated this against the backdrop of a bill under consideration by the National Assembly seeking to establish the Agricultural Development Fund.
“The agricultural sector remains unarguably the most viable means of ensuring that we create employment opportunities and that we create wealth for our people as well.
“If there is anything that needs to be done to enhance this sector, we should do so”, the Senate President said.
He noted that the establishment of the fund will make available some funds for the sector to do better and thrive, adding that same will boost the Nigerian economy and provide the much needed food security in the country.
Earlier, sponsor of the bill, Senator Abdullahi Adamu (APC – Nasarawa West), leading debate on the bill, said that “the current contribution of the agricultural sector to the nation’s Gross Domestic Product (GDP) stands at 15-20 percent with the potential for improvement through the implementation and sustenance of appropriate intervention programmes, policies and enabling laws.”
According to the lawmaker, in spite of the policies and enabling laws, the utilization of arable land in the country is only forty percent, and agriculture largely subsistence with minimal value addition.
“It will be difficult to achieve agricultural productivity and value addition required for industrial development without sustainable funding. The fact that the current budgetary system will continue to be improved but it will be insufficient to generate the necessary transformation in the agricultural sector,” Adamu said.
The lawmaker noted, “One of the first steps that need to be taken to ensure adequate funding for the agricultural sector is the enactment of this bill in order to pave way for the creation of a mega-agency to manage viable and sustainable sources of agricultural financing.”
He added that the bill when passed into law, would give legal backing to the establishment of the Agricultural Development Fund, and will compliment other funding development opportunities at the international and regional levels.
Abdullahi stressed that the Fund, which will be domiciled under the Ministry of Agriculture and Rural Development, would “fill the apparent gap in agricultural development in the country, especially where the mainstream government budgetary allocation is grossly inadequate.”
Senator Adamu Aliero (APC – Kebbi Central), while contributing to the debate said if passed into law, the bill would put in place the needed  structure that will take care of agricultural funding in the country.
“The bank is not capitalized, stakeholders have called for recapitalization but the CBN has not responded to these calls”, he said.
The lawmaker noted that the piece of legislation besides taking care of the existing gap of funding in the agricultural sector, will promote value chain, generate employment as well as reduce poverty.
Senator Sandy Onuh (PDP – Cross River Central) said “one of the challenges of agriculture in Nigeria is that it is predicated on subsistence.”
“Subsistence agriculture exists because farmers do not have access to funding, they continue to be where they are year in year out.
“There is need to establish the Agricultural Development Fund. Everyone around the world is talking about moving from subsistence to commercial farming”.
The bill which scaled second reading was referred by the President of the Senate, Ahmad Lawan, to the Committee on Agriculture and Rural Development for further legislative work.
The Committee which is Chaired by Senator Abdullahi Adamu is expected to report back in 4 weeks.
Meanwhile, the Senate also on Wednesday considered a bill for an Act to establish the Federal University of Agriculture, Dambatta, Kano State.
The bill which scaled second reading during plenary was sponsored by Senator Jibrin Barau (APC – Kano North).
The piece of legislation was referred to the Senate Committee on Tertiary Institution and TETFUND for legislative input.
The Committee which is Chaired by Senator Ahmed Baba Kaita (APC – Katsina North) is expected to turn in its report in 4 weeks.