By The Gazelle NewsDecember 1, 2022No Comments5 Mins Read 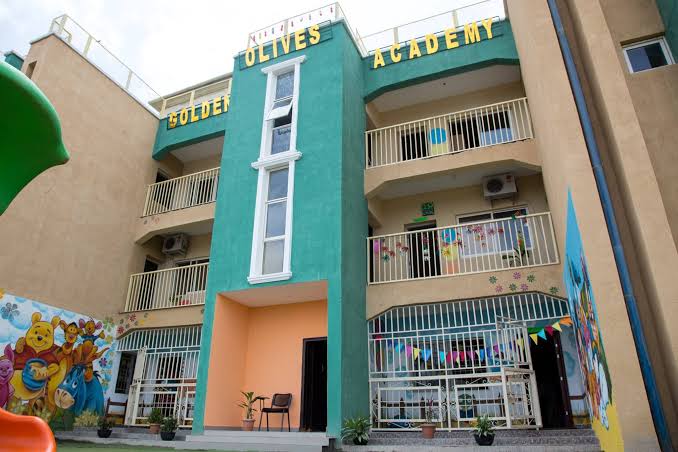 Share
Facebook Twitter LinkedIn Pinterest Email
A senior staff of Golden Olive Academy has disclosed that the father of Aisha, a minor alleged to have been abused, once complained to their school management about the attitude of the driver who regularly takes his daughter to and fro from school back home.
PRNigeria gathered that one Aunty Zara, who is a teacher at the Academy, was reportedly said to have abused Aisha.
According to the staff, who asked not to be named because he is not permitted to speak to the press on the incident, the father of Aisha told their school management that he was planning to change the Keke NAPEP driver because he was always bringing back his daughter home late.
“While we reckon that the investigation is still on, we make bold to inform Nigerians that there are no private or adult corners or rooms in our institution as our structure is strictly for kids.
“Again, Aunty Zara is not her only teacher as she has a colleague with whom they share the class. So, it beggars belief that she would have time and space to do what she is being accused of with the child,” the staff, who declined to give his name, said.
Meanwhile, PRNigeria gathered that the management and the Parents’ Teachers Association, PTA, of Golden Olive Academy, in a statement, decried the unfair reportage on social media of the incident involving Aunty Zara and Aisha.
In the statement signed by Abdullahi Usman said: “We are saddened by the fact that without doing due diligence or seeking our side of the story, bloggers, online platforms and social media users are passing falsehoods and half truths as gospel and thereby dragging the hard-earned reputation our Institution in the mud.
“As the investigations are going on, members of the public may need to realise that there are so many leads to the issue which have nothing to do with our reputable institution which has over the years been known for decency and appropriate conduct.
“A lot of facts are not available to the bloggers. We therefore consider it necessary to make the following clarifications. The four year old child was seven weeks old in the school before the alleged unfortunate incident.
“Her father, Hassan Dala, persuaded the school to accept his daughter on transfer. The school, after seeing how desperate the father was, granted the little child admission into a nursery class where Aunty Zara teaches.
“Knowing how fragile kids are and the weight of responsibility on our shoulders, we run a very disciplined system that doesn’t give our teachers or other staff members the room to step out of line. Fortunately, we have also recruited a team of committed professionals both in teaching and non-teaching departments who take the welfare and overall development of our kids as topmost priority.
“We were therefore taken aback that when the alleged incident happened, the parents did not deem it fit to inform us so that we could carry out an in-house investigation and do the needful. Two days after the alleged incident, the father lodged a complaint at GRA police station.
“Police officers accompanied by the parents came to the school and arrested Aunty Zara and took her to the station. The school had to send some members of staff  to the police station to find out why they arrested the teacher right inside the school. It was at that point that we were officially informed of the basis of her arrest.
“It was at that point that the school authority become interested in the case and did the needful immediately by giving the police information about the child, such as the Keke Napep driver who brings her to, and picks her from school; the schedule of duty of Aunty Zara; the Nanny and the other teachers.
“It is necessary to also point out that the father of the girl confided with the school that he was planning to change the Keke Napep driver because he was always bringing back his daughter home late,” the management said
It, however, said that the school is fully cooperating with the police to get to the root of the matter.
It said: “Thus, the matter is still under investigation. The school authority, therefore, did not at any time interfere with the investigation of the case nor talk to the child to cover up as claimed by the father.
“Since the father started handling the matter on his own, he stopped bringing the child to school. Thus, the school has no contact with the child.
“We enjoin parents and the public to exercise patience as all the leads – her medical history and Keke Napep driver – made available to the police are under investigation.”
When contacted, the Borno Police Spokesperson, Kamilu Sani, told PRNigeria that a thorough investigation was ongoing over the incident.
“We can’t say anything now until we complete the investigation on the matter,” Kamilu said