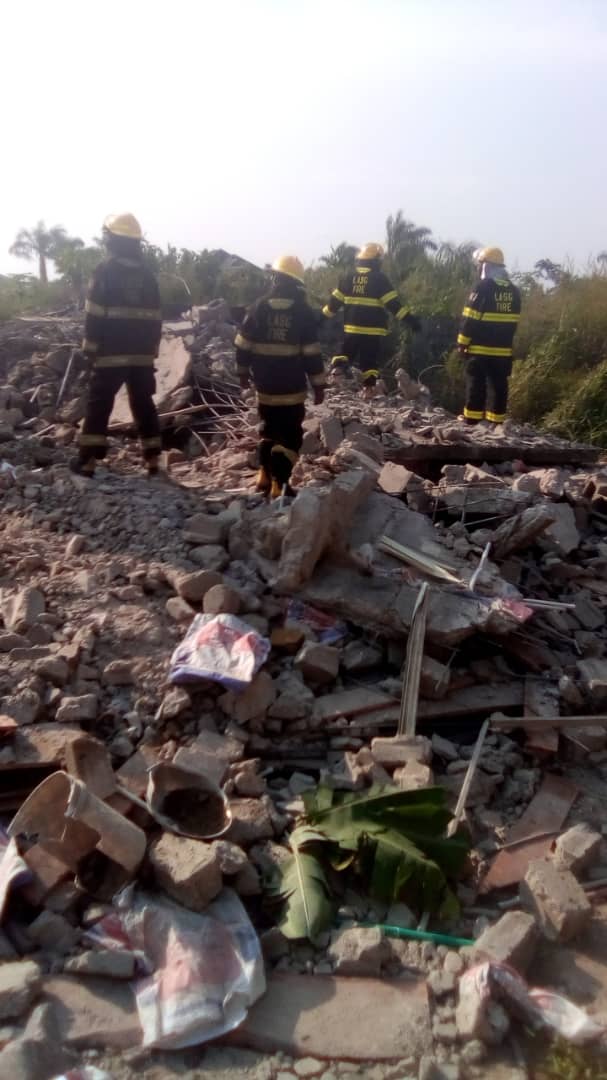 Posted By: The Gazelle NewsIn: Metro, NewsNo Comments
Print Email
The National Emergency Management Agency (NEMA) has confirmed that four persons died after a two-storey building located at Flour Mills Estate, Magbon in the Badagry area of Lagos State collapsed on Wednesday afternoon, 17 November, 2021.
The agency’s Spokesperson, Ibrahim Farinloye, said five workers were rescued alive with various degree of injuries.
The injured were taken to a Catholic hospital at Magbon while four who died were taken to Badagry General Hospital by the police, Mr Farinloye said.
“The families and relations of the affected victims have been identified by the relations of the victims. The building is located behind a dwelling structure. Rescue operations have been concluded now,” he added.
Source: Qed.ng.com