By The Gazelle NewsDecember 27, 2022No Comments4 Mins Read 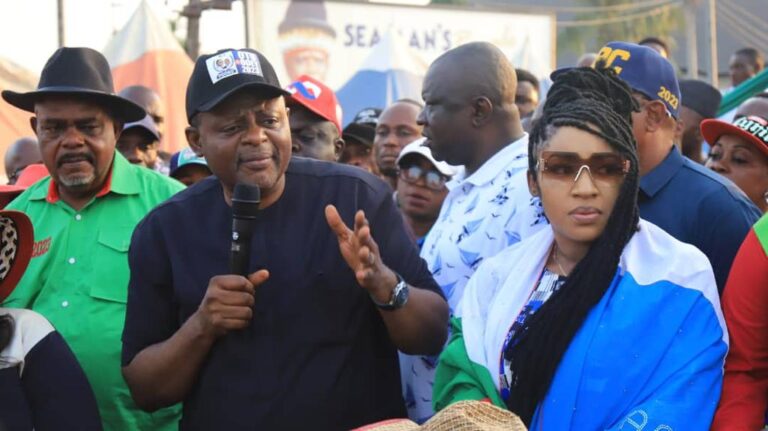 Share
Facebook Twitter LinkedIn Pinterest Email
The last few days have been full of harvest as the National Women Leader of the All Progressives Congress (APC), Dr Betta Edu has been visiting several wards within her Federal Constituency to preach the Asiwaju Bola Tinubu message and receiving more persons defecting from other parties to APC in her Federal Constituency. 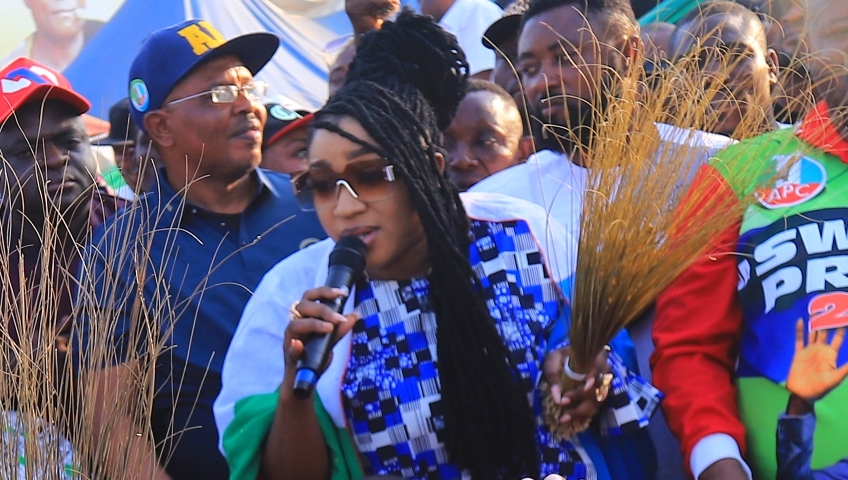 Christmas Eve was marked in grand style in Abi/Yakurr Federal Constituency as a wind of change blew sweeping big wigs and heavyweight politicians from the Peoples Democratic Party (PDP) into APC. 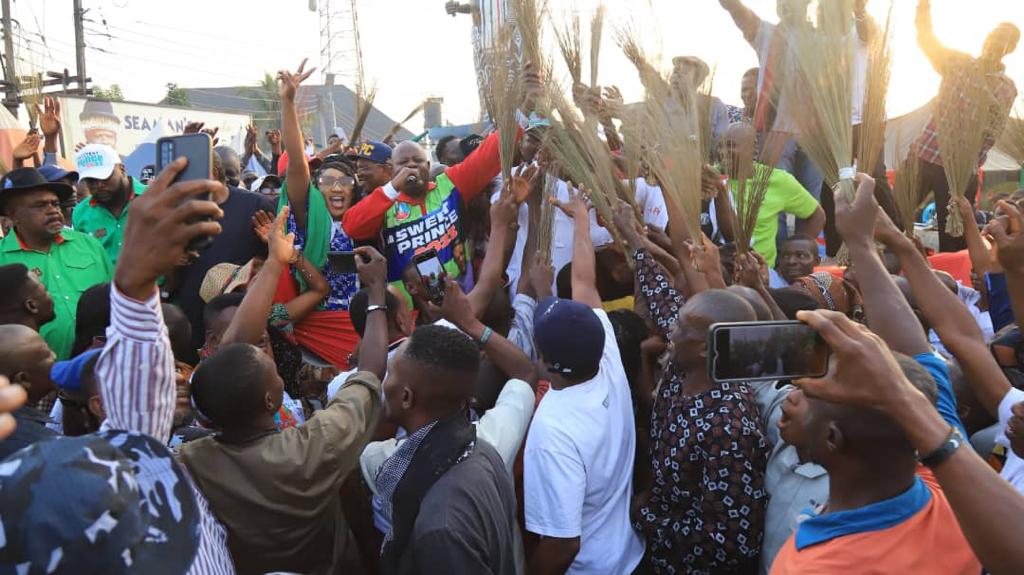 Members of ruling All Progressives Congress (APC) convened in Ugep to witness the defection of one of Yakurr’s political heavyweights: a one time local government Chairman, former PDP state Secretary, former state Commissioner for Education, former state Commissioner for Water Resources, Hon. (Obol) Godwin Etta, hitherto a bonafide PDP faithful but who has now moved with all his supporters and other heavy weights into the ruling APC. 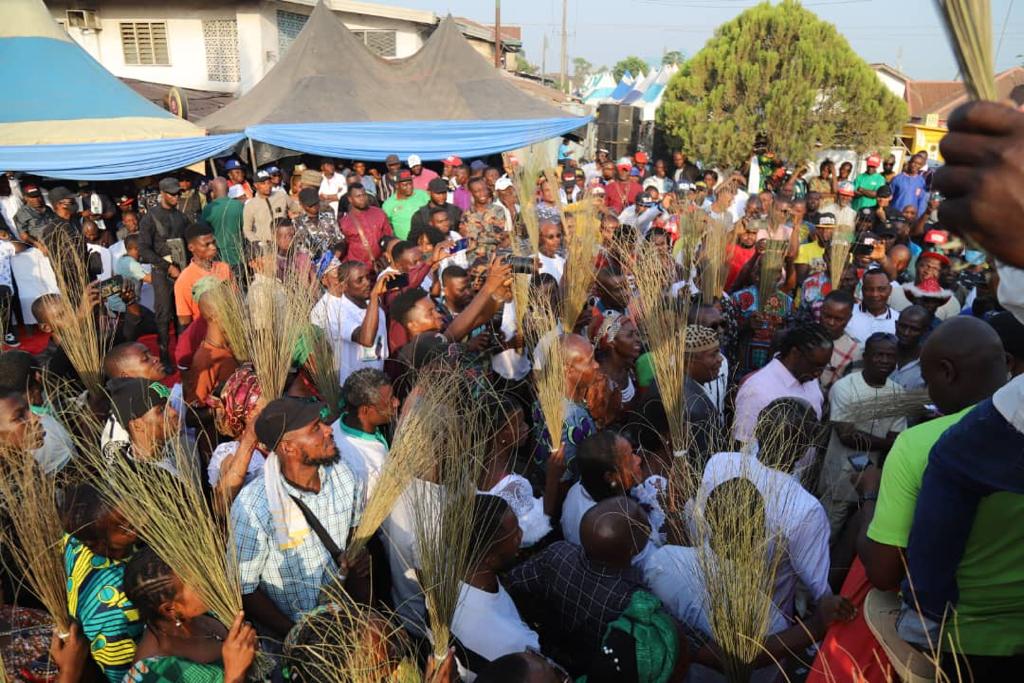 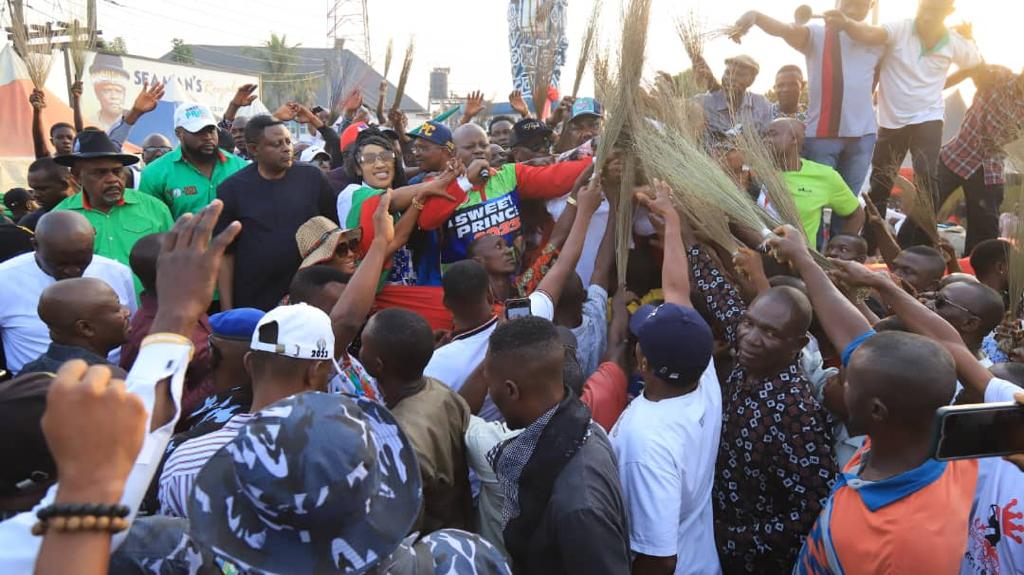 The APC State Chairman, Mr. Alphonsus Eba in his welcome address appreciated the constituency for giving APC such an overwhelming support, and for coming out in their numbers to support their own son, Obol Etta. He stated that APC is a home for all and will always give all her members a shoulder to lean on whenever the need arises. 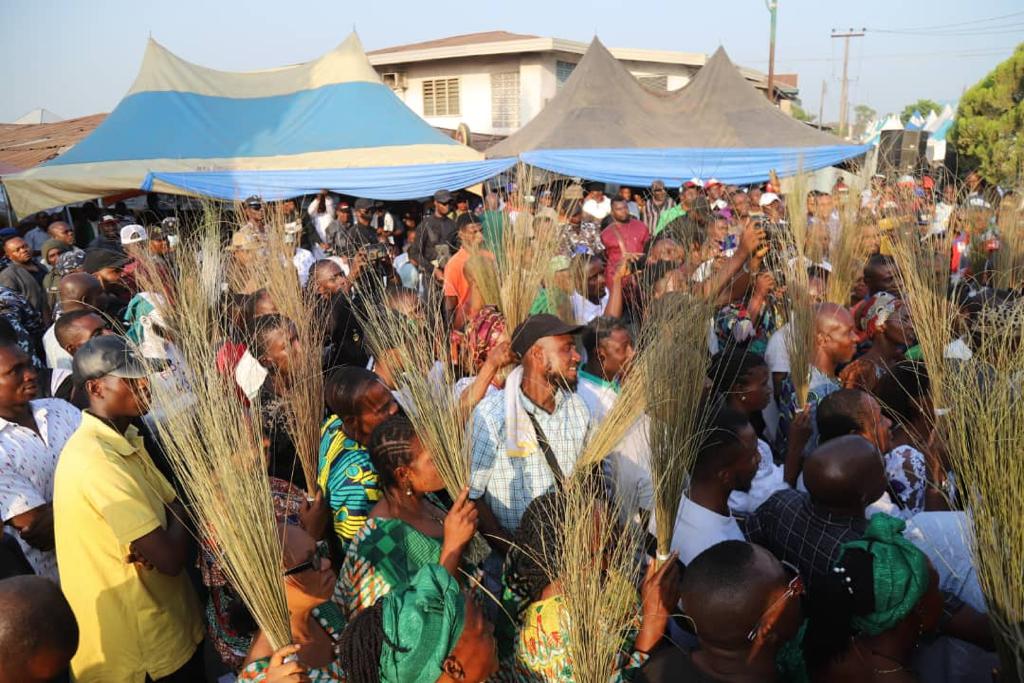 He also officially welcomed all defectors to the APC family on behalf of Governor Ben Ayade, Leader of the party in the state and encouraged them to go all out to ensure victory for the party in the 2023 general elections.
Speaking at the occasion, the Lead defector, Hon. Obol Goddy Etta stated that he had been in PDP since August 1998, and that he will never lead his people astray. He declared his full support for the APC, and urged all his followers to vote for the Presidential Candidate of the party, Asiwaju Bola Ahmed Tinubu; its Gubernatorial Candidate in the state, Sen. Prince Bassey Otu; and all the candidates of the party in the coming elections.
He reaffirmed his loyalty to Governor Ben Ayade and declared that he is not moving to the APC alone but with 15,545 others, and will still work assiduously to bring many more.
The  National Women Leader of the APC, Dr. Betta Edu in her speech welcomed the defectors to the party, assuring them that APC is an all inclusive party.
In her own words, “APC is here to bring renewed hope, Asiwaju Bola Tinubu our Presidential Candidate is the best and only option for the general elections. He will bring prosperity at the grassroots and provide solution to issues on ground. He is a thinker and a doer. APC is an all inclusive party, we’ll carry everyone along we must vote for all APC candidates strictly from top to bottom”.
The APC Gubernatorial Candidate in the state, Sen. Prince Bassey Otu expressed excitement by eulogizing the defector, Obol Goddy Etta.
He reiterated that he has a great relationship with Goddy Etta that stand over decades, and that he knows the quality and values he is going to add to the APC. He also expressed his gratitude to the Digital Governor, Sen. Prof. Ben Ayade, who has set the party on a proper foundation for growth.
-“For one to be called a leader, you must have the keys to open doors both Internationally and locally; I am that man that can open any door. Let all Crossrovarians stand up for once and be counted come 2023 vote for APC,” Prince Otu said.