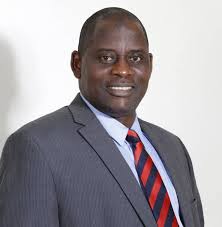 Posted By: The Gazelle NewsIn: News, PoliticsNo Comments
Print Email
The report on Social Media that the Chairman of Ayobo-Ipaja Local Council Development Area, Mrs Bola Shobowale, and her loyalists celebrated the death of Lagos Lawmaker, Honourable AbduSobur Olawale popularly called Omititi, has proved to be false and unfounded.
Rather, this medium can confirm that the Council Chairman ordered for the observation of a minute silence for the deceased lawmaker during a stakeholders’ meeting on budget which took place at the council secretariat in Ipaja on Wednesday, 16 November, 2022.
Thegazellenews.com can also confirmed that Mrs Shobowale issued condolence message via the media immediately the official announcement of the deceased lawmaker was done and the condolence message was published by many media platforms.
According to a press statement from the Ayobo-Ipaja LCDA, it was malicious, wicked, callous, and unGodly for someone to insinuate and alleged that Mrs Shobowale and her loyalists celebrated the death of a fellow human.
“When the guests converged for the stakeholders’ meeting, it was even the council Chairman that first ordered everyone to stand up observed a minute silence for the departed soul.
“How can some people come out with this rather ungodly tales? It’s wicked, malicious and callous and we leave everything in the hands of God to decide. We call on Almighty God to reward appropriately the purveyor of these malicious tales,” the statement said.
The council stated further that the council authorities led by Mrs Shobowale have utmost respect for not only the deceased lawmaker but the entire members of the Assembly as well as the Legislative institution.