By The Gazelle NewsApril 23, 2022No Comments3 Mins Read 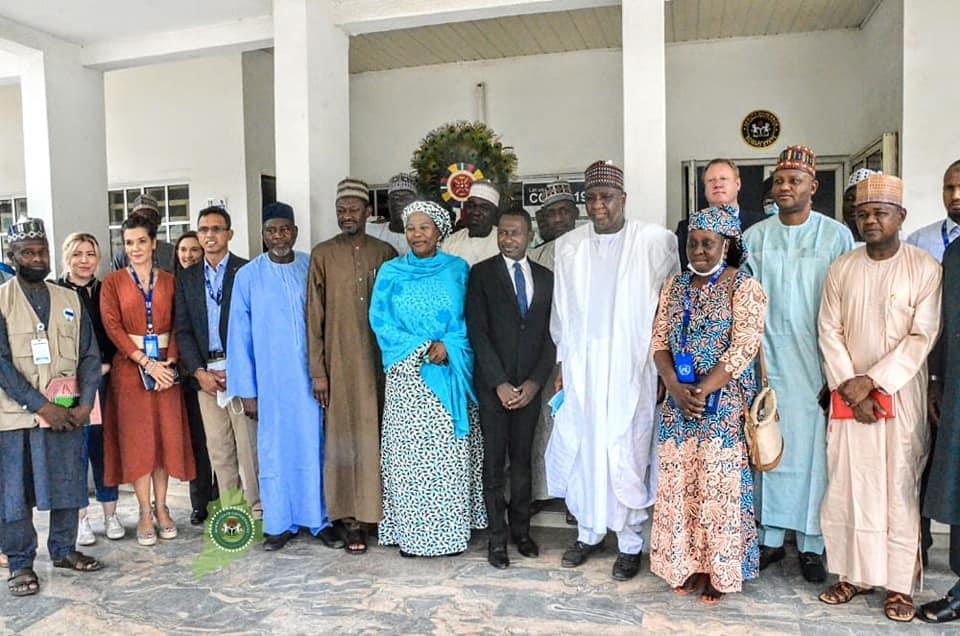 Share
Facebook Twitter LinkedIn Pinterest Email
Borno State Government has commended the effort of the International for Migration (IOM) for implementing humanitarian assistance to the crisis affected population in the North East and Borno State in general.
The State Governor Professor Babagana Umara Zulum made the commendation when the IOM chief of mission to Nigeria Mr Celestin Frantz paid him a farewell visit at the government house Maiduguri.
The state governor who was represented by his chief of staff, Professor Isa Marte Husseini said in the six years of Mr celestial Frantz in Nigeria alot have been achieved in supporting the state government for better management of humanitarian response .
The governor also while appreciating the IOM efforts in the areas of shelter provision to IDPS also appealed for more supports in the areas of psychosocial support and feeding to the surrendered Boko Haram and IDP returnees in Borno State.
The governor promised to extend the same cooperation and support to the incoming replacement of Mr Celestine to enable him succeed in his assignment.
Professor Babagana Umara Zulum then reiterated the determination of the state government to return all IDPS back to their communities as
soon as possible.
The IOM Nigeria mission Mr Celestine Frantz who was in company of the IOM maiduguri head of sub office Mr Karuppiah Vedharaniam and other key IOM staff said after serving for six years in Nigeria he is now transfered to Mali hence the need for him to pay this farewell visit to the governor to say good bye and thank him for all the support and cooperation he enjoyed from the government of Borno State assuring that the capacity of IOM to deliver will always remain the same.
Mr Celestine Frantz further reiterated IOM commitment for the continuous humanitarian support and appealed to the governor and other key government representatives as well as implementing partners to further develop working relationships by extending same support and cooperation given to him to the person who is taking over from him for effective management and improved crisis response.
Also speaking during the visit the state commissioner Ministry of Women Affairs and Social development, Hajiya Zuwaira Gambo said her Ministry been one of the the line Ministries that works closely with IOM said alot has been achieved with their support in the areas of shelter, psychosocial support and provision of non food items among others and commended Mr Celestine Frantz for all the humanitarian assistance he provided to Borno State.
High light of the visit is the presentation of gift to Mr Celestine Frantz by the chief of staff to the governor.
Those who were present during the visit were the Hon member House of assembly representing Kwaya kusar local government, Alhaji Adamu Haruna Teli ,Deputy chief of staff to the deputy governor, Hon commissioners of RRR , Environment, Intergovernmental Affairs, Finance, science and Technology, Housing, Special duties and representatives of commissioner Health and Agency for the coordination of sustainable development and humanitarian response as well as special advisers to the governor on water resources, Intergovernmental Affairs and SSA among others.