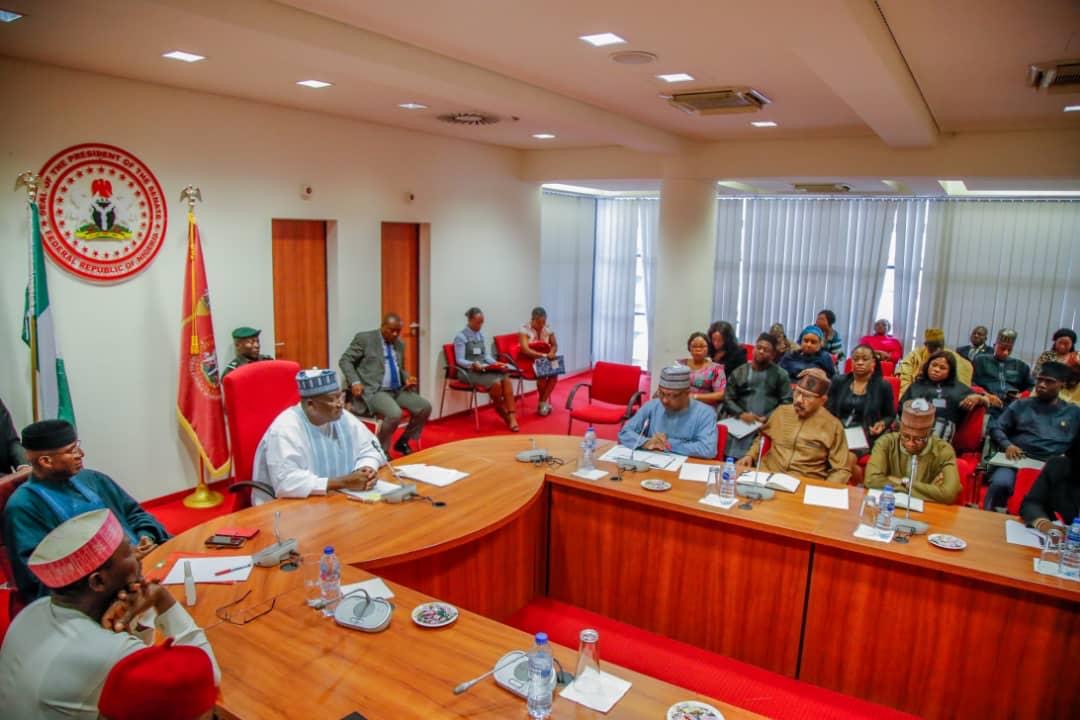 President of the Senate, Ahmad Lawan, on Tuesday, 3 March, 2020, called for the urgent establishment of more isolation centers across the country as part of proactive measures against any further outbreak of coronavirus in the country.

Lawan gave the advice at an interactive session between the senate leadership and officials of the Federal Ministry of Health and Nigerian Centre for Disease Control(NCDC) on the nation’s level of preparedness to contain the spread of the disease.

“I imagine that we should have a standard set by the ministry or National Centre for Disease Control (NCDC) rather than allow states do what they want to do on their own.

“Personally, I feel that we; the Federal Government, should provide such centers. If states want to have as they want to do now, they can have through other means, but we should have standard centres by the Federal Government at least one in each of the six geo political zone,” Lawan said.
He lamented that only the isolation center in Lagos that is fully functional, while those in Abuja, Port Harcourt and Kano are yet to be completed.

“For now, only the one in Lagos that is standard and functional. We need to step up because we are in a period of emergency.

“Even if it didn’t happen now we should do whatever it takes to provide those centers and make them functional so that we make use of them if there is a need, and even when there is no need to use them now, the expenditure will not be in vain.

“I think we need to do something dramatic. Like what we have in Gwagwalada, Abuja now is temporary and my understanding of temporary is, we are not praying for it, if something happens in Abuja, Kogi or Nasarawa states, what do we do since we don’t have isolation center in Abuja, he said.

The meeting, the Senate President said was convened for the lawmakers to be part of the campaign and response to the disease.

“As members of the National Assembly representing Nigerians it is only appropriate that we engage with you and know the level at which our country is ready to prevent the disease from harming any Nigerian or indeed anyone within the confines of our boundaries,” Lawan said.

Briefing the Senators, Minister of Health, Dr. Osagie Ehanire, who led the delegation that comprised the Minister of state for Health, Senator Adeleke Mamora and officials of NCDC explained the measures taken by the ministy, NCDC and other relevant agencies to check the spread of the disease.

The minister called on Nigerians not to panick but rather comply with the preventive guidelines issued by the ministry and ignore the unfounded stories about the disease.