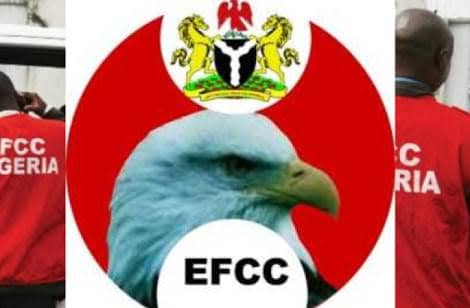 Both Akeem and Omoh were arraigned on September 23, 2020 on separate count charges bordering on possession of fraudulent documents containing false pretence, after they were arrested within the Lekki axis of Lagos sometime in July, 2020 by operatives of the Lagos Zonal Office of the Economic and Financial Crimes Commission, EFCC.

The defendants both pleaded guilty to the offences when they were arraigned.

In view of their pleas, the prosecution counsel, Ahmed Yerima, reviewed the facts of the matter before the court, tendered the fraudulent documents printed from their accounts and further urged the court to convict them accordingly.

Justice Taiwo found the defendants guilty of the offence and sentenced them to six months imprisonment each.

The Judge also ordered the forfeiture of all items recovered from the convicts to the Federal Government of Nigeria.

In a similar development, Justice Mojisola Dada of the State High Court sitting in Ikeja, Lagos has convicted and sentenced another internet fraudster, Rasheed Olanrewaju, to one year imprisonment.

Rasheed was arrested sometime in July 2020, following intelligence on the activities of young men who were involved in online scam around the Lekki axis of Lagos.

Upon his arraignment on September 25, 2020, Olanrewaju pleaded guilty to the offence.

In view of his plea, the prosecution counsel, Ahmed Yerima, reviewed the facts of the matter before the court, tendered some documents and also urged the court to convict him accordingly.

Consequently, Justice Dada found him guilty and sentenced him to one year imprisonment, with an option of fine of N350, 000.00(Three Hundred and Fifty Thousand Naira).

The Judge also ordered the forfeiture of all items found on him to the Federal Government of Nigeria.