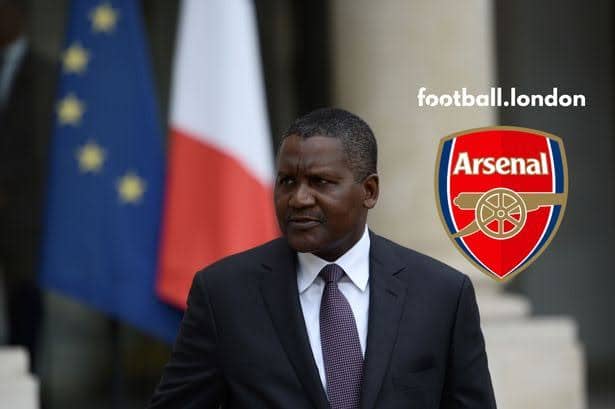 Dangote Must Pay About N1tr To Buy Arsenal

The Nigerian billionaire has indicated his interest to buy the London Gunners but said he could only do so probably in 2021 because he has some projects he is working on worth about $20 billion.

According to Bob Ratcliffe, brother of one of Britain richest men, Sir Jim Ratcliffe, any individual or group who want to buy any of the top six clubs in the Premiership must be able to pay £2 billion.

Sir Jim Ratcliffe, through his company, Ineos, had earlier indicated interest in taking over Chelsea but ended up buying Nice, a first division club in French Ligue One.

Bob is the head of the football division of Ineos.

He spoke at the Financial Times’ Business of Football Summit.

Bob stated further that a move for clubs outside the top six would cost between £150 million and £350 million.