By The Gazelle NewsAugust 19, 2022No Comments2 Mins Read 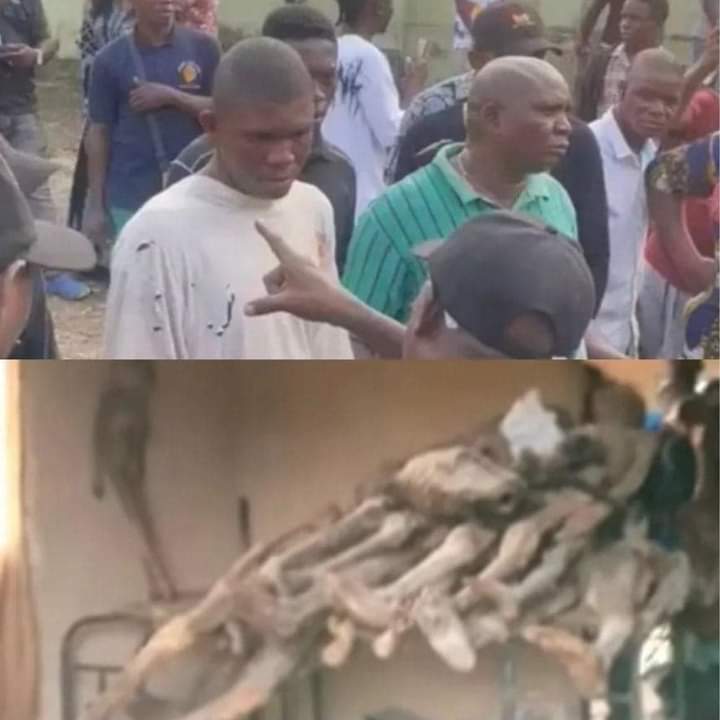 Share
Facebook Twitter LinkedIn Pinterest Email
There was a mild drama, on Thursday, 18 August 2022, when one Osaro Nappiar, ‘identified his mother’s corpse’ at the recently discovered ritualist den where 20 mummified bodies were recovered in an uncompleted building at Ekenhua road in Benin City.
Recall that on Wednesday, 17 August, 2022, the state police command uncovered the building which residents described as a den of ritualists.
Speaking with journalists at the scene on Thursday, 18 August, 2022, the command’s spokesperson, SP, Chidi Nwabuzor, said the man told the police that he actually deposited his late mother’s corpse at a mortuary ran by one Chukwu Otu as he was looking for funds for a befitting burial.
“The man clarified that the owner of the place who is on the run (Otu) was operating somewhere at 1st East Circular Road, Benin City where his mother’s corpse was deposited,” Nwabuzor said
Nwabuzor said Nappiar told the police that his mother died at a hospital at Uselu last year so he took the corpse to Otu’s because he had no money for the burial.
Nappiar said when he raised the money, he went to the place but was told Otu had relocated to Ekenwan road, Asoro area, and when he got there, they asked him to produce evidence of the corpse deposited there, but he was not with a card earlier given to him.
“As he was unable to produce the card, they asked him to come on another day and that was why he came down here. He has produced the card and that card is now with the police” he said.
Nwabuzor said four suspects who were arrested have been helping the police in their investigation.
Meanwhile, one of the suspects, Gideon Friday, denied any involvement in the alleged ritualistic act. He said he only came to check whether his application for the position of a driver had been granted.
“So when I got there to ask for the director, some community people came and started beating me without listening to my story and later took me to the station.”
However, SP Nwabuzor said such a place could not have been a mortuary, as a mortuary ought to have a signboard, not a shrine stained with blood.