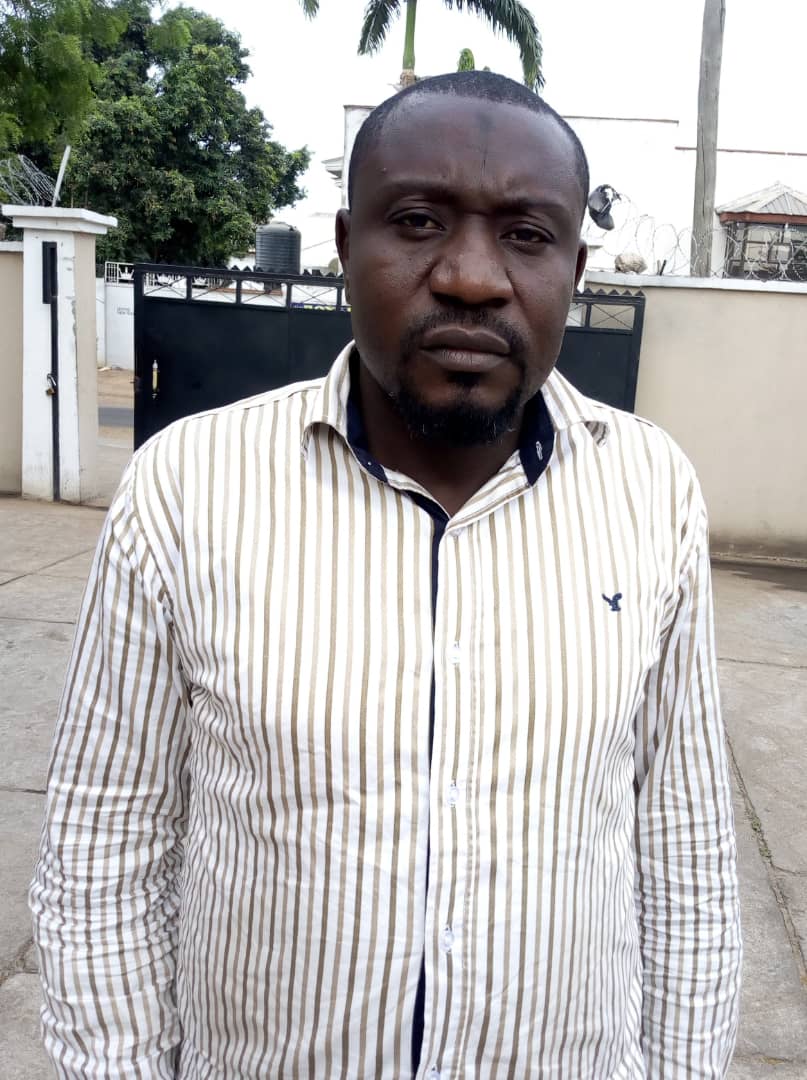 The Economic and Financial Crimes Commission, EFCC, Makurdi Zonal Office on Thursday, March 26, 2020, arraigned one Musa Abubakar before Justice M. A. Ikpambese of the Benue State High Court sitting in Makurdi, on a 1- count charge bordering on criminal breach of trust to the tune of N10,448,000.

The charge reads: “That you, Musa Abubakar between the month of October, 2018 and December, 2018 in Makurdi within the jurisdiction of this honourable Court, being entrusted with 4,500 bags of cement valued at N10,448,000 (Ten Million Four Hundred and Forty Eight Thousand Naira) by one Abdulrahim Abubakar, did dishonestly misappropriate the said sum of N10,448,000 and thereby committed an offence contrary to Section 312 of Penal Code Laws of Benue State (CAP)124 (Revised Edition), 2004 and punishable under Section 313 of the same Laws”.

The defendant, however pleaded “not guilty” when the charge was read to him.

Based on his plea, prosecuting counsel, G. G. Chia-Yakua requested for a trial date, and asked the court to remand the defendant in a correctional centre.

However, counsel to defendant, I. M. Mari submitted an application for bail of his client and urged the court to grant him bail on most liberal terms.

Justice Ikpambese granted bail to defendant in the sum of N500,000.00 (Five Hundred Thousand Naira) with two sureties in like sum.

The sureties must reside and have landed properties within the jurisdiction of the court and must show evidence of such. Or could be civil servants not below GL 8 and who must submit their letter of appointment and identification cards. The sureties and defendant must also summit two recent passport photographs with the court.

The defendant was remanded in EFCC custody pending the perfection of his bail condition, and the case was adjourned till April 27, 2020 for trial to commence.

Trouble started for Abubakar when the Commission received a petition from the complainant who alleged that sometimes in November, 2018, he supplied 4,500 bags of cement worth N10,418,000.00 to the suspect, on condition that the defendant will sell and remit the said amount to him.

Tunde Odesola on Monday: Oluwo And The Glorification Of Ignorance (1)

Oyetola Rejoices With Yusuff, ex-Reps Dep. Speaker On His Birthday