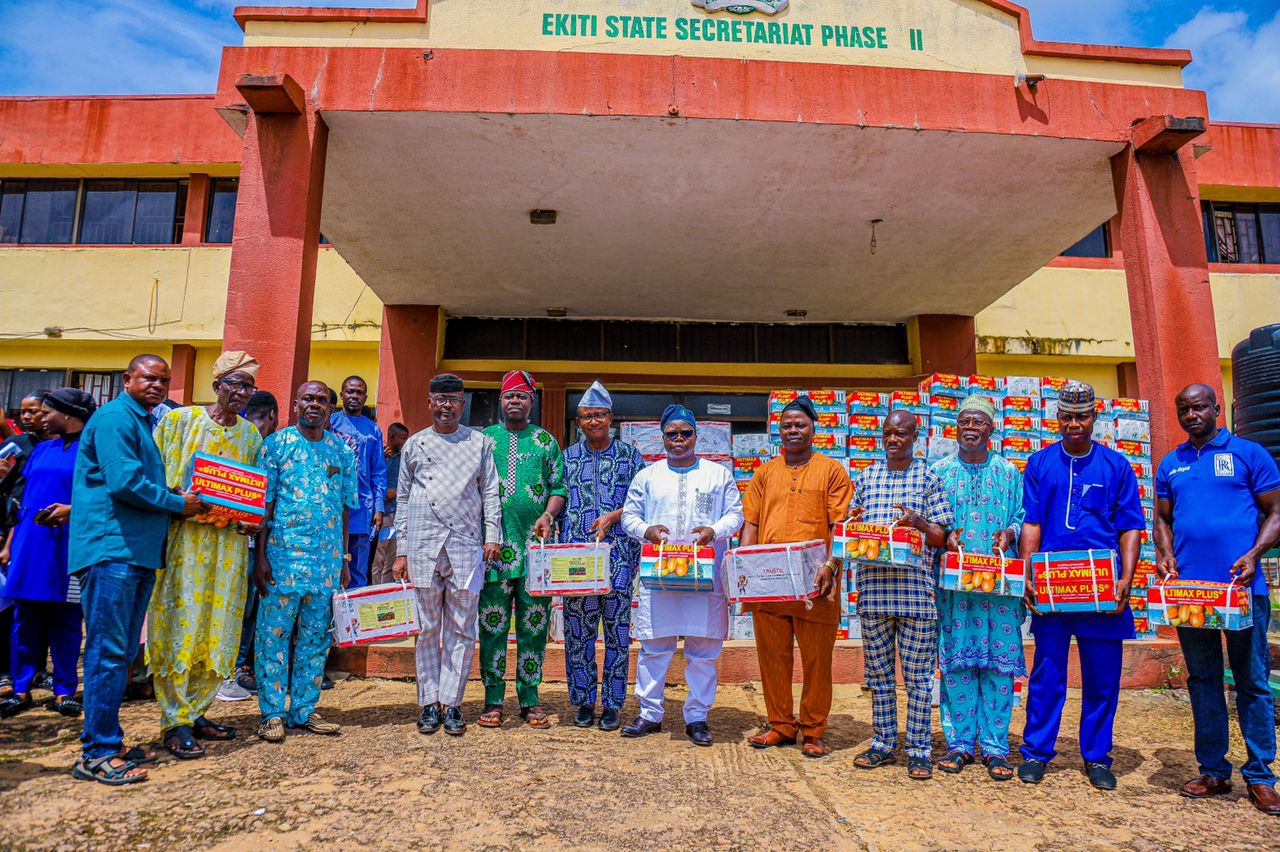 Posted By: The Gazelle NewsIn: Agriculture, Business, NewsNo Comments
Print Email
Ekiti State government has reiterated its commitment to sustain its intervention and engagement with cocoa farmers in a bid to reposition the state as a leading cocoa producing State in the country.
The state Commissioner for Agriculture and Food Security, Prince Olabode Adetoyi stated in Ado Ekiti on Tuesday during the distribution of agro chemicals to cocoa farmers in the state.
Prince Adetoyi explained that the gesture was to tackle and control pests and diseases that are capable of reducing the quality and quantity of cocoa produce in the State.  He added that the distribution of the agro chemical to cocoa farmers was to demonstrate how much importance the state government attached to cocoa production and food security in the State. 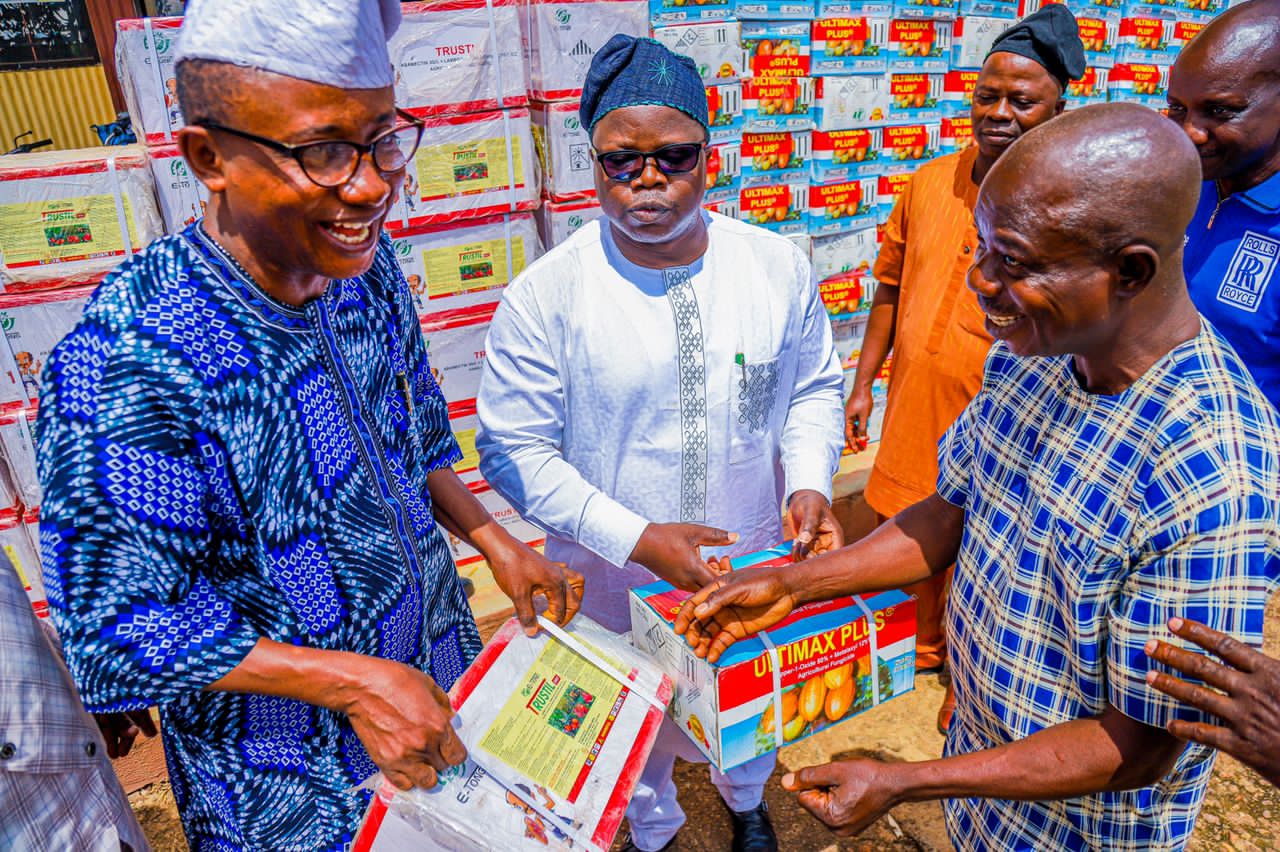 The Commissioner explained that the State government was also passionate about strengthening its partnership with private investors in driving the production of coca in the State  This, he said, informed the allocation of lands to three private investors for the cultivation of more than 10,000 hectares of cocoa in the State. He added that the private investors had also agreed to train local cocoa farmers in the state.
He commended Governor Fayemi for approving the replacement of aging cocoa trees which resulted in the  production of more than 200,000 seedlings of high improved varieties of cocoa, 55,000 of cashew seedling and 10,000 of oil palm to drop tree cropping in the State. 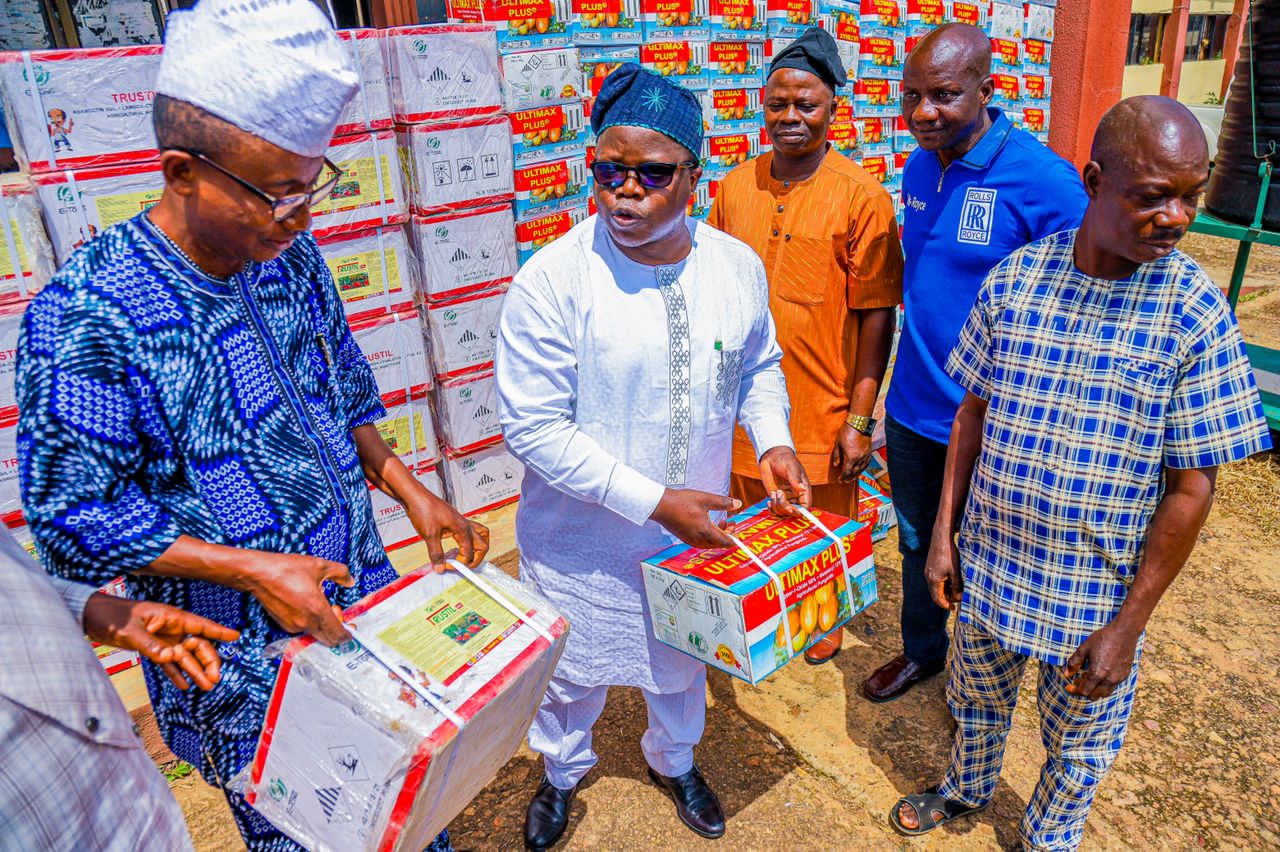 “Thanks to Governor Fayemi who in 2020 approved changing of aging cocoa  trees which made the Ministry of Agriculture to collaborate with the Cocoa Research Institute in the production of more than 200,000 seedlings of high improved varieties of cocoa, 55,000 of cashew and of course 10,000 of oil palm.
“All these seedlings, with approval of Mr Governor, were to be distributed at no charge to all the farmers and presently the ministry has subsidized new improved hybrid for cocoa and that is why we have to make the farm input and agro chemical  available so that the plantation can be maintained.”
He assured the farmers that state legislature would ensure the formulation of strict laws against bush burning which had negative impact on cocoa plantation.
Earlier, the Permanent Secretary of the Ministry, Engr Odesanmi Oluwagbenga explained that the agro chemicals being distributed was made up of 13,100 sachets of fungicides and 360 litres of insecticide as a pilot test to ascertain how they are going to put it to use.
Also the Chairman, All Farmers Association of Nigeria, (AFAN) Ekiti State Chapter, Mr Alagbada Adeniran commended the State government for the support adding that it would go a long way in ameliorating the challenges of cocoa farmers in combating pest and cocoa related diseases.

Oyo Govt To Commence Removal Of Structures Under Powerlines, Flood Plains, Others

The Idowu Obasa Interview: At Biomedical, We Don’t Compromise On Quality, High Standard