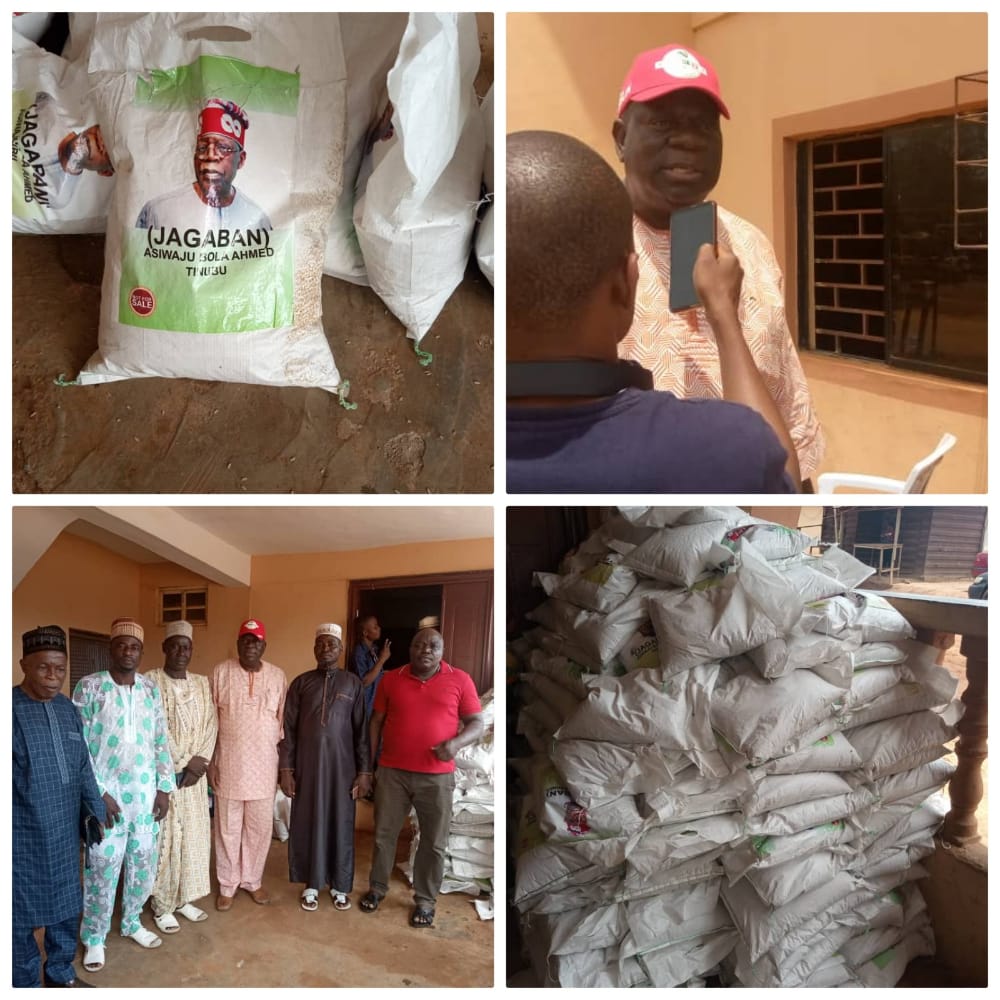 Posted By: The Gazelle NewsIn: News, PoliticsNo Comments
Print Email
President General of the League of Imam and Alfas in the Southwest, Edo and Delta State, Alhaji Sheik Kewulere Bello, has described the Leader of the All Progressives Congress (APC), Asiwaju Bola Ahmed Tinubu, as hope for Nigeria at this time of global insecurity and economic stagnation.
The Islamic leader disclosed this while receiving the National Chairman of the South West Agenda for 2023 (SWAGA), Senator Dayo Adeyeye and his team, in Ado Ekiti, the capital city of Ekiti State, towards the sundown of Muslim Ramadan, slated to end Tuesday, 11 May, 2021.
According to Alhaji Sheik Bello, Nigeria, just like the rest of the world, is currently passing through a harrowing economic and security situation that only a political colossus like Asiwaju Tinubu could fix, based on his tested excellent records of performance, as a technocrat and politician.
The Islamic leader who was joined by a huge gathering of visibly elated Muslim family to receive some gift items for the Eid-El-Fitri from the SWAGA boss, described Asiwaju Tinubu as the hope for the common man, saying his dispassionate ability to discover talents and put them to use for the benefit of mankind, with an undying commitment to the plight of the masses, are unrivaled.
He therefore pledged his loyalty to the course of SWAGA, as he said; “Asiwaju Tinubu is a highly respected son of the soil whose leadership and political ideology has been found to be much rewarding and impacting, in the past and present administrations in Lagos State, the corporate world and on the downtrodden.”
He reiterated that Asiwaju Tinubu has, over the years, built people to become leaders in their own rights, and that he would not be surprised seeing those he has helped coming back to lend their hands in pushing him to victory, come 2023.
He commended Asiwaju Tinubu for the gift items and charged him never to relent in his service to Allah, noting that the reward of dedication to the service of Allah and every good deed is in Aljanah.
He reaffirmed his support and commitment to SWAGA, saying; “that presidency of 2023 shall be a reality for Asiwaju Ahmed Bola Tinubu Insha Allah.”
He encouraged all sons and daughters of Yoruba, irrespective of religious affiliations, to rally support for Asiwaju Tinubu and vote APC to secure victory in the forthcoming electoral contests.
The leadership of SWAGA, represented by the Chairman of its Ekiti State Chapter, Senator Anthony Adeniyi, expressed delight at the reception given the group and said; “SWAGA was formed to ensure quality representation in the next dispensation and will not disappoint Nigerians.”

Osun: A Future In The Making?