By The Gazelle NewsAugust 15, 2022No Comments4 Mins Read 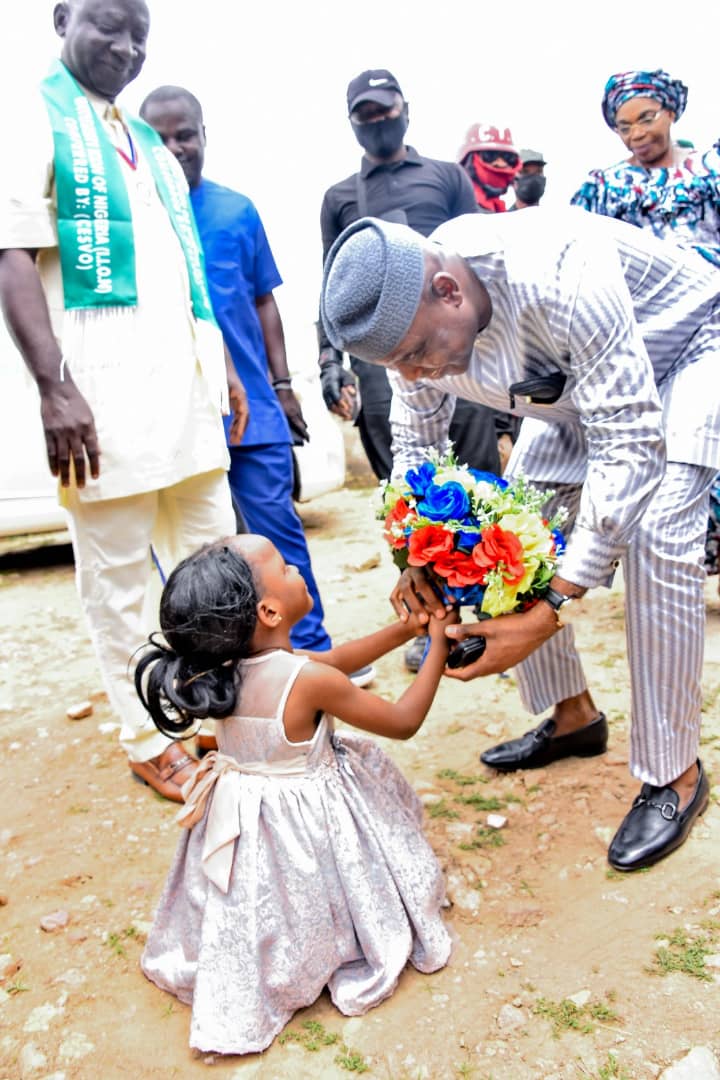 Share
Facebook Twitter LinkedIn Pinterest Email
In emotion laden voices, local and state government retirees under the auspices of Nigeria Union of Pensioners (NUP), Ekiti State chapter, on Wednesday in Ado Ekiti prayed for the success of the State’s Governor-Elect, Mr Biodun Abayomi Oyebanji, as he sets to take over the mantle of leadership.
In a symbolic manner of  laying a spiritual foundation for the incoming administration, the pensioners also presented a copy of the Holy Bible to Oyebanji, who was at their office the ” Pensioners House” on a “thank you” visit. 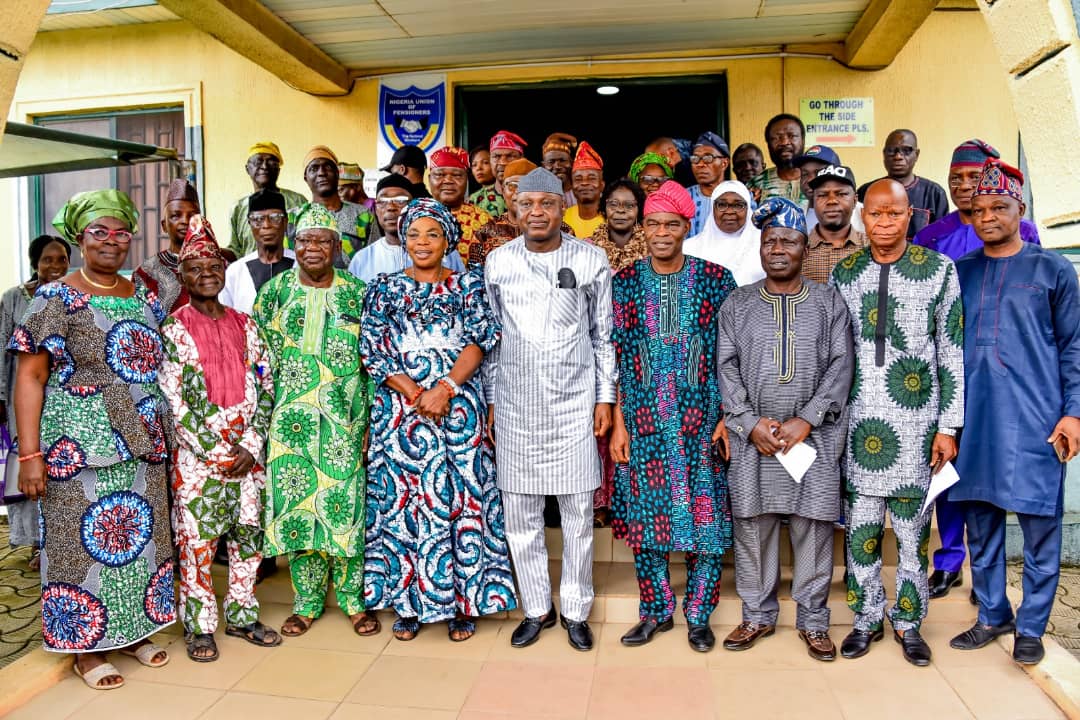 In a similar development, the Governor-elect also paid a ‘thank you visit’ to  artisans, players in the private sector  and Medical and Health Workers’ Union and promised to carry them along in the scheme of things.
Speaking while receiving Oyebanji, who led his deputy and other top members of the ruling All Progressives Congress to the Pensioners House, Comrade Joel Akinola said the step was necessary to put the incoming administration on a good footing ahead the October Inauguration.
The union leader recalled how  he (Oyebanji) requested for the elders’ blessing during his electioneering campaign and how God answered their prayer with his victory. 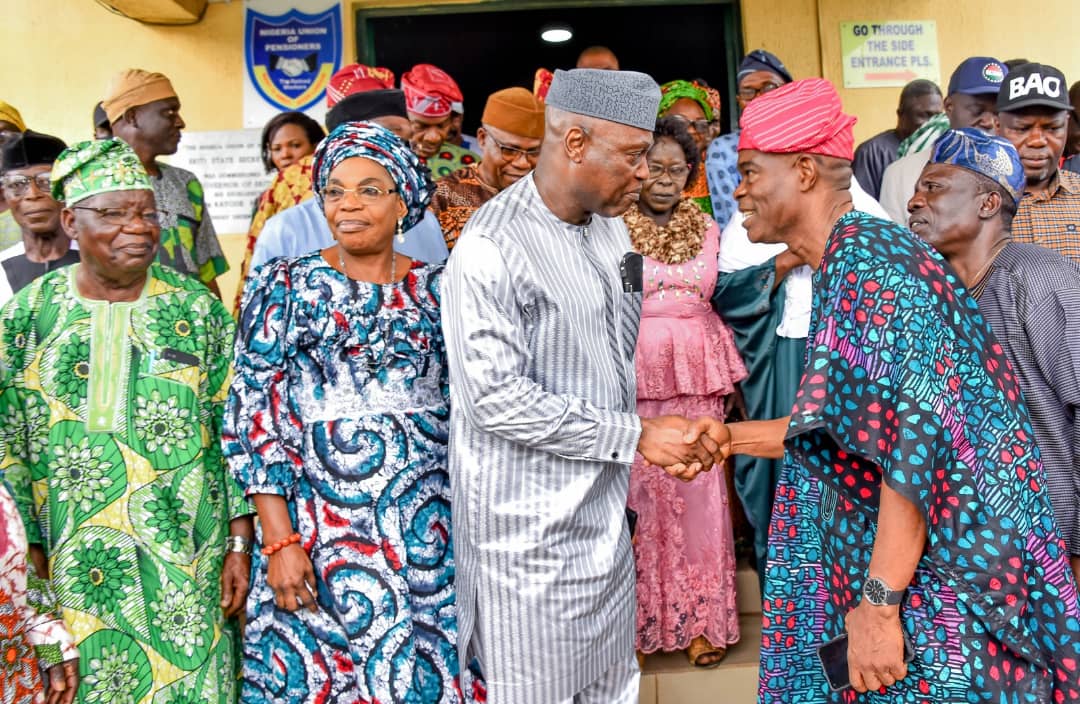 Comrade Akinola beckoned on a former Chairman of the union, Elder Ayo Ikumapayi to lead the NUP members in prayer for Oyebanji and his team. He also expressed deep appreciation to Oyebanji and his party for considering it necessary to appreciate members of his association.
“We want to thank you for considering it worthy to come back and say ‘thank you:’ to us. Unlike those nine Bible ingrate-lepers, you have come here with load of gratitude. A retrospective look at your last visit to us during the electioneering campaign, will give everyone the conviction that God answers prayers.
The Chairman urged Oyebanji to apply the experience he has garnered over the years in act of governance in moving the state forward. The union also called on the Governor-elect to place the plights of Ekiti pensioners on the front burner of his administration. 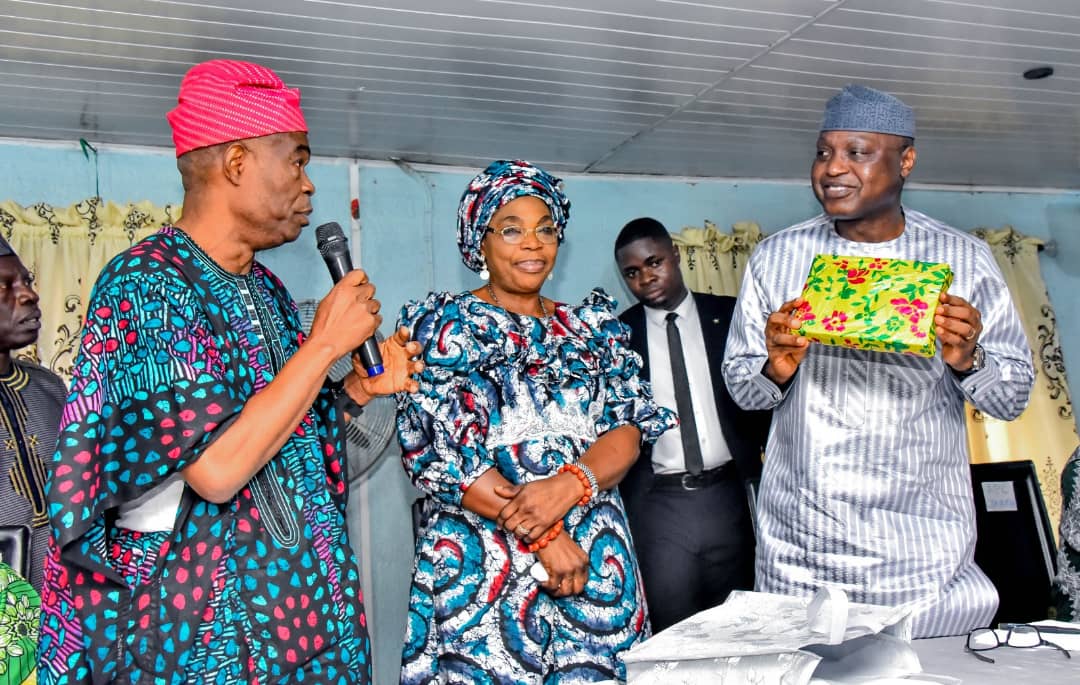 “You are not a novice in the mechanics and dynamics of State administration. We appeal to you to please  always apply this in moving Ekiti State forward.
Oyebanji, in his response,  expressed his gratitude for the support given to him during the June 18 governorship election in the state.
He assured the retirees that his administration would make the welfare of pensioners in Ekiti state a top priority, adding that members of the union are  his fathers and mothers whose welfare can not be toyed with.
“You are my fathers and mothers because my biological father is a member of this association and if my mother were to be alive, she would be a member too. Beyond that, if my background is to be considered,  you are my mothers and fathers. That said, I am aware of your demands and I can assure you that our government will never toy with your welfare. You are resting and you deserve to rest well”
The Governor-elect further acknowledged the impact of the prayers received from the elderly men and women few weeks to the election, which he said contributed in no small measure to his victory.  He thanked them for their votes and unconditional support and promised never to let them down.
“One thing I know is that, in  your various communities you are opinion moulders. I am aware of how you took your time to convince people to vote for our party.
“You didn’t only give me your support, you prayed for me here because you believe I am  your son. On this note, I’m emphasising it again that I won’t disappoint you”
The Governor-elect urged the pensioners to relate with him as their son and feel free to call his attention to any lapse in his administration before it gets compounded.