By The Gazelle NewsFebruary 18, 2021No Comments3 Mins Read

The Ilorin and Kaduna Zonal Office of the Economic and Financial Crimes Commission, EFCC on Thursday February 18, 2021 secured the conviction of two persons, Oyeniran Olamilekan and Umar Gambo for offences that border on internet fraud and impersonation.

28-year-old Olamilekan, an Electrician, was sentenced to six months imprisonment by Justice Adenike Akinpelu of the Kwara State High Court sitting in Ilorin on one count of internet fraud. . 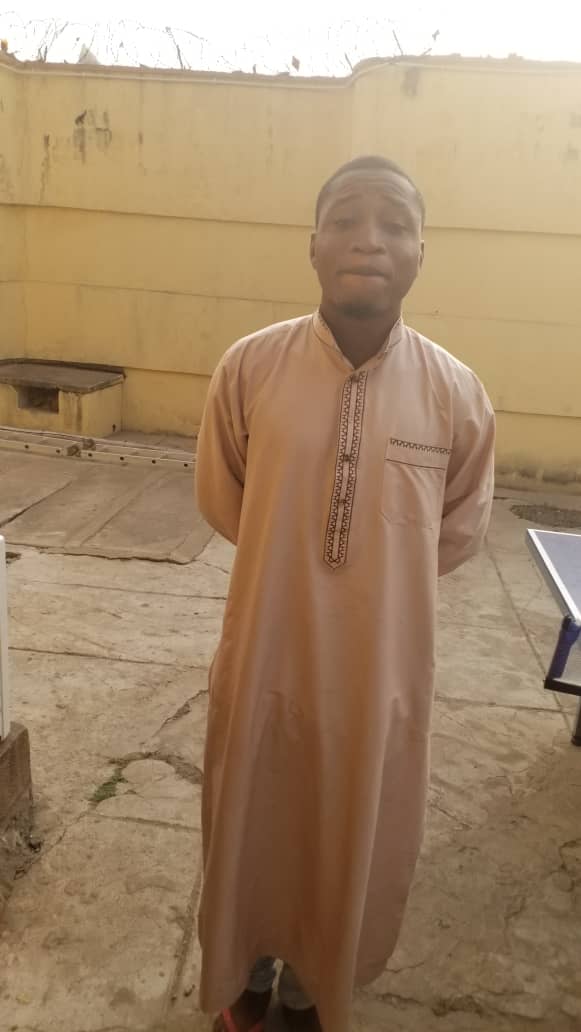 Oyeniran was among the 33 internet fraud suspects arrested in Offa, Offa Local Government Area of Kwara State on September 15, 2020.

The charge against him reads: “That you, Oyeniran Olamilekan (Mike  Johnson), sometime between June 2020, in Ilorin within the jurisdiction of this Honourable Court did cheat by personation when you pretended to be Mike Johnson a white female with gmail account mikejohnson2058@gmail.com, and fraudulently deceived one Bill Irvin to send $1,100.00 (One Thousand, One Hundred US Dollars) to you through gift cards after you made him believe you were a girl in love with him and you thereby committed an offence contrary to Section 321 of the Penal Code and punishable under Section 324 of the same Penal Code.”

Following his “guilty plea” on Monday February 15, 2021 when he was arraigned by the anti-graft agency, the facts of the case were reviewed and the court adjourned till today for judgment.

Delivering judgment today, Justice Akinpelu said the prosecution had proved its case beyond reasonable doubts, and convicted the defendant as charged

After listening to the plea for leniency by the defence counsel,  A.A Usman, the Judge said, “in order to serve as deterrent to others, the convict is hereby sentenced to six months imprisonment with an option of fine of N300,000.00 ( Three Hundred Thousand Naira Only).

The draft of N180, 000 (One Hundred and Eighty Thousand Naira Only) brought by the convict as restitution and the phone recovered from him, being the instrument used in perpetrating the crime, were also forfeited to the Federal Government.

In Kaduna,  Gambo  was sentenced to a fine of  N150,000 (One Hundred and Fifty Thousand Naira) by Justice Mohammed Tukur of the Kaduna State High Court, for presenting forged documents to stand surety for a suspect under investigation by the Kaduna Zonal Office of the Commission.

The convict pleaded guilty to the one count of impersonation and forgery preferred against him by the Commission.

The charge reads, “that you Umar Gambo sometime in September, 2019 in Kaduna within the jurisdiction of this Honourable Court did commit an offence to wit; impersonation by falsely representing yourself as the ” Principal Officer” of General Hospital Makarfi, and in such assumed character secured the release of Abdullahi Rangai by presenting same to the Economic and Financial Crimes Commission when you knew or have reasons to believe that it is forged and you thereby committed an offence punishable under section 142(2) of the Penal Code Law of Kaduna State, 2017”.