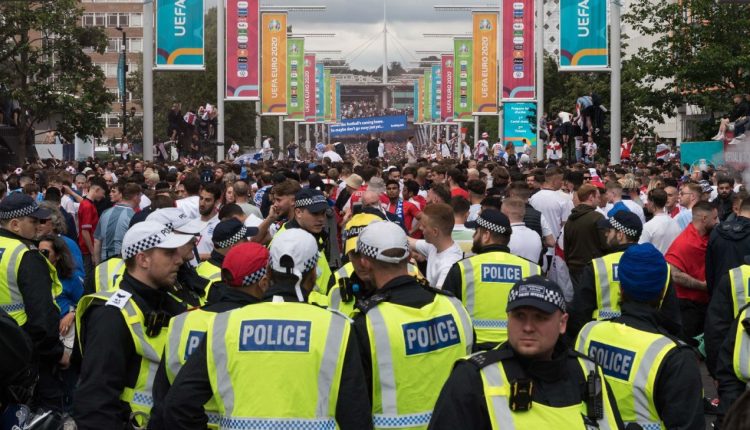 England Banned From Playing At Wembley By UEFA

Posted By: The Gazelle NewsIn: News, SportsNo Comments
Print Email
England has been hit with a two-match stadium ban by UEFA following the crowd disturbances which marred the Euro 2020 final between Gareth Southgate’s side and Italy at Wembley on July 11.
UEFA announced on Tuesday that England have been ordered to play their next two home matches without supporters, although the second of which is suspended for two years.
Furthermore, the England FA have been fined €100,000 “for the lack of order and discipline inside and around the stadium, for the invasion of the field of play, for throwing of objects and for the disturbances during the national anthems” after fans without tickets entered the stadium.
The father of England defender Harry Maguire was left with rib injuries after being trampled on during the crowd trouble.
Videos before the match showed fans breaking through the barriers and entering the stadium which had a reduced capacity of 60,000 from its usual 90,000.
The game had marked England’s first major final since 1966 and Italy won on penalties after a 1-1 draw.

How Boys Marked Day of the Girls at Lagos School + Video, Photos

Lady, 5 Others Jailed 141 Years For Drug Trafficking In Edo, Ogun