By The Gazelle NewsNovember 29, 2022No Comments2 Mins Read 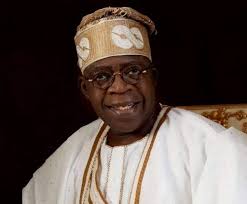 Share
Facebook Twitter LinkedIn Pinterest Email
All Progressives Congress (APC) for Lagos Central Senatorial District, Rt Hon Wasiu Eshilokun-Sanni shone like a million star on Tuesday, 29 November, 2022 during the launch of the crowd-funding for the presidential campaign of Asiwaju Bola Ahmed Tinubu and his running mate, Senator Kashim Shettima.
Rt Hon Eshilokun-Sanni was one of the earliest donors as well as being one of the highest individual donors.
APC Chieftain and South West Director General for Contact and Mobilisation Directorate of the APC Presidential Campaign Council, Alhaji Mutiu Are also came in as one of the earliest donors and one of the highest donors.
In just two minutes of the launch, the party broke fundraising record by raising over N190 million at the event which took place at the Civic Centre, Lagos.
Considering that no individual can donate more than N50 million, this is good news for the APC and a big boost to the ruling party.
“This demonstrates that Nigerians believe in the ability of the APC Presidential Candidate and his running mate to make Nigeria better. It’s a question of putting your money where your mouth is; we recently learned that South East businessmen gave N1 billion to Tinubu/ Shettima’s candidacy, and now the crowdfunding is picking up like,” Rt Hon Eshilokun-Sanni said.
Another chieftain of the party said the response of Nigerians to the donation was a clear indication that they still love APC.
“The Labour Parry recently celebrated raising N10 million in 24 hours, the APC, which the opposition claims Nigerians are sick of, raised N192 million in a matter of minutes. This is a confirmation of Nigerians’ love for our party,” he said.