Evil Man Impregnates 14-yr-old Daughter, Invites Five Others To Sleep With Her For Money; Now In Police Net With Accomplices

By The Gazelle NewsAugust 22, 2022No Comments2 Mins Read 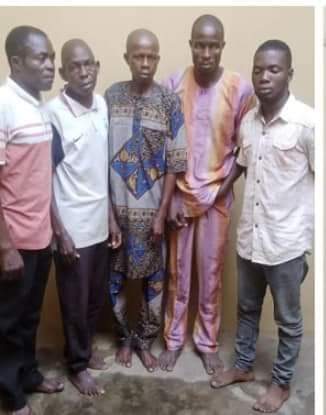 Share
Facebook Twitter LinkedIn Pinterest Email
A 49 years old man has been arrested after his daughter lodged a complain with the police that he is sleeping with her, reports thegazellenews.com.
The daughter, 14 years of age, reported that her father, Amoda Bola was not only sleeping with her but has also impregnated her.
She lodged the complain at Ode Remo Police Divisional Headquarters in Ogun State. 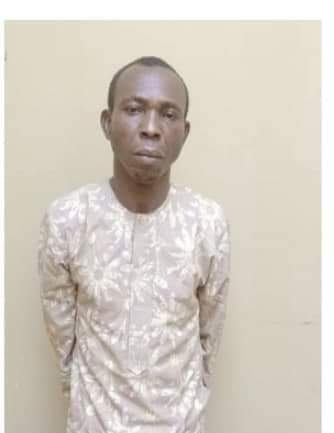 The girl narrated that her father was not only sleeping with her but has also invited five different men into the house to sleep with her for money at different times.
The police spokesperson in Ogun State, Abimbola Oyeyemi, who disclosed this to newsmen on Sunday, 21 August, 2022 stated that the girl reported that her father was also inviting men to the house to have sex with her after which the men would pay him money.
The Divisional Police Officer for Ode Remo Division, Olayemi Fasogbon, mobilised detectives and had the suspect arrested, according to Oyeyemi, a Superintendent of Police (SP).
The police spokesperson added that Amoda’s confession led to the arrest of five others who had slept with the girl at different times on the invitation of the father.
The other suspects are: Ahmed Ogunkoya, 30; Muyiwa Adeoye, 48; David Sunday Solaja, 69; Emmanuel Olusanya, 50; and Joshua Olaniran, 50.
Oyeyemi explained that all the suspects had confessed to having slept with the girl and paid money to the father.
The victim, whose mother had separated from the father years back, was practically turned to a prostitute by her father.
She, however, has been taken to state hospital Isara Remo where it was confirmed that she is pregnant.
The victim insisted her father is responsible for the pregnancy and that he was the only person who slept with her within the period she got pregnant.
Meanwhile, the state Commissioner of Police, Lanre Bankole has ordered the transfer of the suspects to Anti-humans Trafficking and Child Labour Unit of the state Criminal Investigation Department for discreet investigation and possible prosecution.