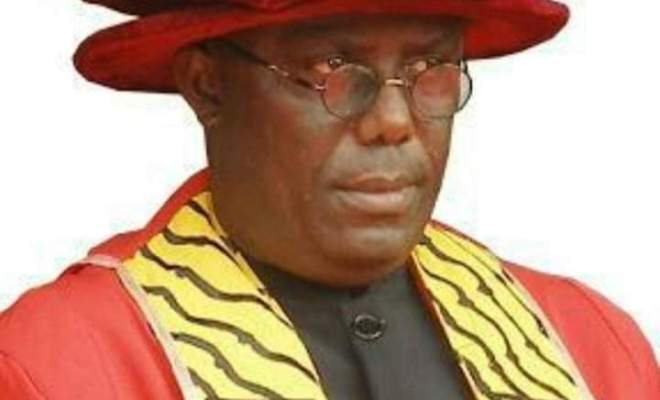 Posted By: The Gazelle NewsIn: Education, Metro, NewsNo Comments
Print Email
Prof. Lateef Akanni Hussein, a former Vice Chancellor of the Lagos State University, is dead.
It was gathered that the renowned academic passed away on Sunday evening, 31 July, 2022 after a brief illness. He was aged 75.
Hussein, a Professor of Physics, served as the 6th substantive Vice Chancellor of the state-owned institution between 2005 and 2011.
Confirming the development on Monday, 1 August, 2022, the LASU VC, Prof. Ibiyemi Olatunji-Bello, expressed her deep shock at the passing of her former boss, under whose leadership she served as the Deputy Vice Chancellor of the varsity.
Meanwhile, the remains of the deceased will be buried on Monday, 1 August, 2022 at Atan Cemetry in the Yaba area in accordance with Islamic rites.

Images As Aregbesola Visits Owo To Commiserate With People Over Attack