By The Gazelle NewsJanuary 21, 2022No Comments1 Min Read 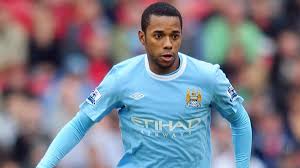 Share
Facebook Twitter LinkedIn Pinterest Email
Ex-Brazilian footballer, Robinho has bagged a nine-year jail term for his role in a gang rape incident which took place nine years ago.
Robinho, 37, was accused of raping a woman in her 20s at an Italian nightclub in 2013.
He was originally found guilty in 2017 before he was sentenced in December of last year.
The disgraced footballer chose to appeal the verdict, which has now been upheld in Milan’s Court of Appeal.
New details have since emerged in the Court of Appeal, alleging that Robinho and his representatives ‘attempted to deceive investigators’ by providing different accounts on ‘previously agreed facts’, according to Globo.
The Court of Appeal also added that Robinho ‘belittled’ and ‘brutally humiliated’ the woman.
His conviction has been upheld as a result, along with that friend Richard Falco, who was also charged with the offence.
Robinho was originally convicted using evidence of intercepted phone calls and messages, in which the footballer is alleged to have boasted ‘the woman was completely drunk’.
Source: Opera News